In an age of great men, Gordon Arthur ‘Butch’ Stewart stood out as a beacon of human possibility.

As a proud Jamaican, he blazed a trail that redefined entrepreneurship and humanised success for nearly four decades.

But no one with knowledge of only a few aspects of Butch Stewart could have grasped the depth and complexity of his character. His easy pace, infectious warmth and trademark striped shirt, belied the prowess and acute business acumen responsible for his estimated billion-dollar, privately-owned Jamaican-based empire that includes 24 Caribbean properties, Appliance Traders, ATL Automotive, ATL Autobahn and the Observer media company.

This was a man fuelled by a dogged passion for hard work, duty to country and love of family who always seems to be having the most fun.

“Honestly, I’ve never worked a day in my life,” he joked.

Son of Gordon Leslie Stewart and Jean Patricia (née Townend), Butch Stewart was born in Kingston, Jamaica on July 6th, 1941. He grew up along Jamaica’s North Coast, a tropical paradise that now boasts several of his Luxury Included Sandals and Beaches Resorts. His boyhood was spiked with its fair share of mischief and love of adventure; a creative energy found expression in one business success after another and an ample dose of sea life and dominoes.

After completing his secondary education in England, he returned to Jamaica and in short order established himself as a master salesman. This impressive start lit a torch and unleashed a burgeoning entrepreneurial zeal in young Stewart. In 1968, he resigned his post as a sales manager with the Dutch-owned Curacao Trading Company to start Appliance Traders, then a service and distribution company for Fedders air conditioners. The company grew meteorically but by 1981, Stewart was ready to conquer new horizons and thus began the story of Sandals Resorts.

Despite no hotel experience, Stewart bought a rundown hotel on a magnificent beach in Montego Bay as a real estate investment, approaching this business with the same simple philosophy he articulated many times: “Find out what people want, give it to them and in doing so - exceed their expectations.”

Seven months and $4 million in renovations later, Sandals Montego Bay opened as the flagship of what is today, the most popular award-winning, all-inclusive resort chain in the world. Stewart has never laid claim to starting the all-inclusive concept, couples-only format but he is recognised worldwide for the consistent innovation and unsurpassed level of luxury he has brought to the all-inclusive experience.

By changing the face of the all-inclusive format, Sandals Resorts was established as the most successful brand in the category – boasting year-round occupancy levels of more than 85 per cent, an unequalled repeat guest factor of 40 per cent and demand that has led to unprecedented expansion including the creation of additional concepts such as Beaches Resorts, now the industry standard for excellence in family beach vacations.

Today, Sandals Resorts International operates nine resorts and three private villas in Jamaica, three resorts in Saint Lucia, three in the Bahamas, one in Antigua, one in Grenada, two in Barbados and one in the Turks & Caicos Islands – and is poised for continued growth – most recently with a new property in Curaçao.

For 23 years in a row, Sandals Resorts International has been named the World’s Leading All-Inclusive Company at the prestigious World Travel Awards. 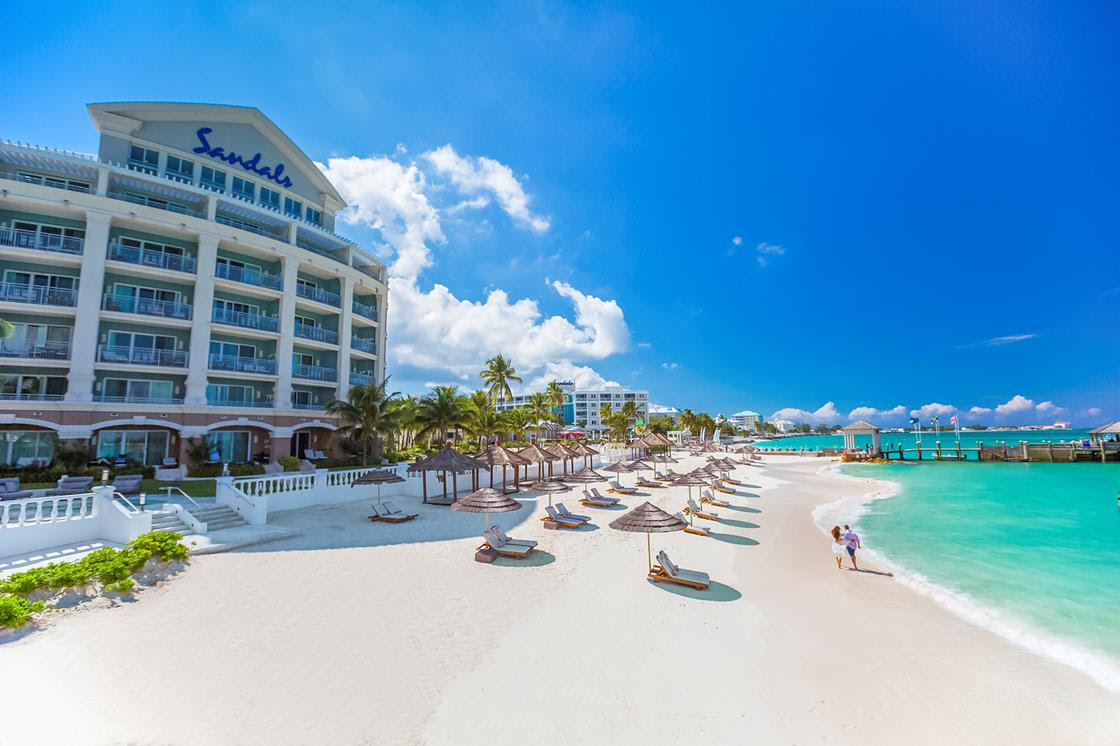 His leadership and pioneering role helped resurrect Jamaica’s travel industry and earned the respect of his peers and the admiration of his countrymen. He was elected president of the Private Sector Organisation of Jamaica in 1989 and was inducted in its hall of fame in 1995. He served as a director of the Jamaica Tourist Board for a decade and as president of the Jamaica Hotel & Tourist Association from 1984 -1988. In this capacity, he ably balanced government and private sector priorities, reconciling the concerns of large and small Jamaican hotels and raising public understanding of the tourism industry.

In 1994, Stewart led a group of investors to take leadership of Air Jamaica, the Caribbean’s largest regionally based carrier. It was a daunting task -planes were dirty, service was indifferent and on-time schedules were rarely met, causing market share to plummet along with revenues. When Stewart stepped in, he insisted on a passenger-friendly approach: on-time service, reduced waiting lines, increased training for all personnel, and signature free champagne on flights to accompany an emphasis on better food. He also opened new routes in the Caribbean, brought on new Airbus jets and established a Montego Bay hub for flights coming from and returning to the United States. Just as with ATL and Sandals Resorts, Stewart’s formula proved successful and in late 2004, Stewart gave the airline back to the government with an increase in revenue of over US$250 million.

Perhaps less well-known is the extent of his considerable philanthropy. Sandals Resorts International currently gives active support to almost 300 major projects in its host communities through its philanthropic arm, the Sandals Foundation. This support ranges from the building of schools and the paying of teachers, to providing hospitals with linens and bringing healthcare to the doorsteps of those who cannot afford it. Beyond the Foundation, in his homeland of Jamaica, Stewart stepped in to revive the economy by donating $1 million to stop inflation and adjust the exchange rate. During the Persian Gulf War, Stewart gave over $1 million in free vacations at Sandals Resorts to Operation Desert Storm veterans and their guests. After Operation Iraqi Freedom, he doubled the effort and donated $2 million in complimentary vacations to active members of the United States armed forces.

In 2012, Stewart founded the Sandals Corporate University, aimed at providing professional development for employees through reputable education and training programs. With access to more than 230 courses and external partnerships with 13 top-ranking local and international universities, every staff member has the opportunity to apply, broaden their knowledge and advance their career.

The consensus in the travel industry is that apart from his dynamism and intimate knowledge of his product, Stewart distinguishes himself from his contemporaries by leading by example. “If you are going to lead, you have to participate,” he said.

Gordon ‘Butch’ Stewart died in the United States earlier after a short illness.

His son, Adam Stewart, said on the death of his father: “It is with great sadness that I share with you today the passing of my father, Gordon ‘Butch’ Stewart.

“This news seems almost unbelievable, since he was as involved and forward-thinking as ever.

“He chose to keep a very recent health diagnosis private and we respected that wish.”

Adam Stewart added: “The Hon Gordon ‘Butch’ Stewart OJ, a distinction he was so proud of, was a gifted entrepreneur.

“He was a marketing genius and talented showman, but those who knew him best recognised that he was a dreamer who could dream bigger and better than anyone.

“It was often said, “the best thing for people around him to do is be dream catchers”.

“That’s why he always credited his success to the incredible team around him, why he listened intently when it came to creating innovative things that would excite and delight our guests, and why it is so important that I remind you today of all days, that we will all continue to be his dream catchers.

“Together, we have all been part of something bigger than ourselves, led by a man who believed in us and who gave us opportunities to learn, grow and the tools to make dreams real.

“For him, and because of him, we will continue to dream big and deliver on his certainty that true luxury is always best enjoyed by the sea.

“A singular personality and an unstoppable force who revelled in defying the odds, exceeding expectations and whose passion for his family was matched only by the people and possibility of the Caribbean, for whom he was a fierce champion.

“There will never be another quite like him and we will miss him forever.”

A private funeral service will be held.

Those wishing to share memories, condolences or personal stories may do so .(JavaScript must be enabled to view this email address).