Marella Cruises welcomed its sixth ship - Marella Explorer - over the weekend, with the vessel set to visit a variety of ports in the Mediterranean on her maiden voyage.

This vessel, which will be joined by the Marella Explorer 2 in 2019, is part of a wider strategy from the TUI Group to capitalise on the booming cruise sector in Europe.

Speaking to the press on board the new ship, Friedrich Joussen, chief executive of TUI Group, explained why he has such high hopes for the sector.

“The cruise business is one of the fastest growing in Europe, particularly in the UK.

“At present we have relatively low penetration, whereas in the United States it is much higher. The question is, should it be higher in Europe, is it able to reach the same level?

“When you look at the three main indicators for cruising, which are age of population, discretionary spend and available time, Europeans over-index the United States.

“I think, therefore, there will be more cruise customers in Europe, as a percentage of the population, and it will catch up, definitely.

“Then you have a very scarce supply.

“It is difficult to get ships, and this makes it a good market; scarcity of supply a lot of potential for growth,” explained Joussen. 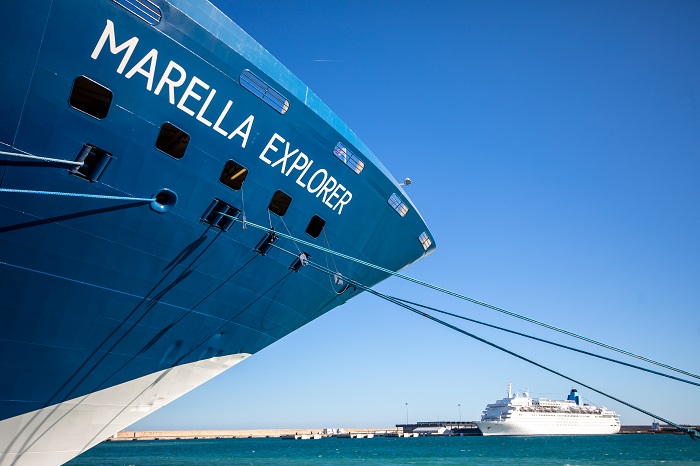 This scarcity of supply has restricted TUI Group – which also controls the TUI Cruises and Hapag-Lloyd Cruises – to purchasing second hand vessels for Marella, which was rebranded last year.

But this has not limited the product the brand has been able to offer, argues Joussen.

“What is important is not the size, it is the public space – how much space do you have per customer. This is what creates the experience.

“When you have a lot of cabins, which of course generates the revenue, you have too many people and too little public space, then that is a problem.

“When you look at the Marella Explorer and the ship we launched for TUI Cruise in Germany, there are 60 per cent more beds on the TUI ship, but the space ratio is also more favourable there.

“But, on Marella Cruise, the space ratio means the vessel is still in the upper market segment.

“If we were to build a ship, we would want to keep this space ratio – we are an upmarket brand when it comes to cruise and hotels – we always have been, and we must be.”

From this year, all ships in the line will be all-inclusive.

It now operates six cruise ships in destinations including the Mediterranean, Canaries and Caribbean.

The newly launched Marella Explorer offers space and flexibility to customers with two new cabin types: a family balcony cabin which sleeps up to five and a balcony cabin that offers more external space. 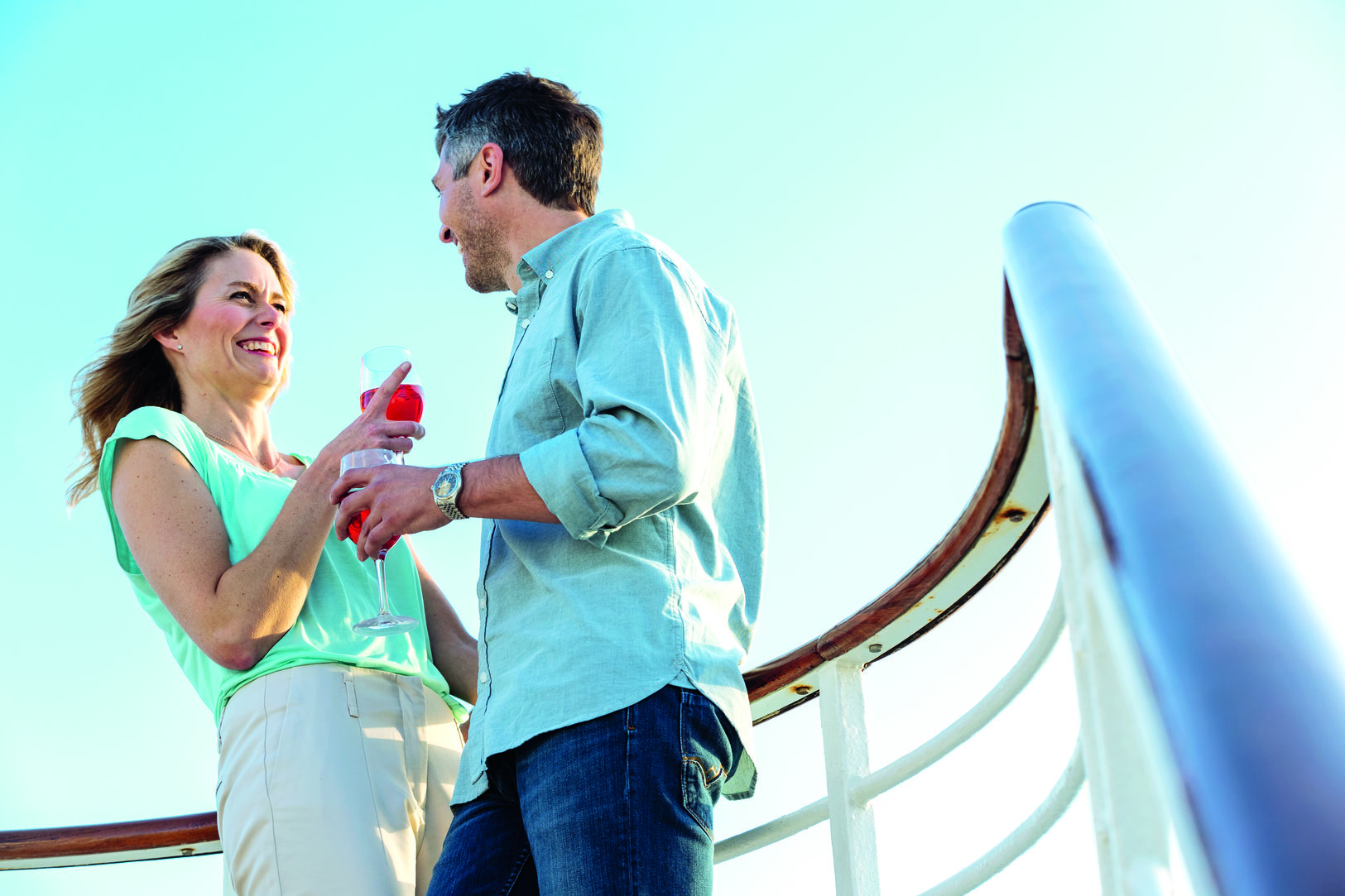 However, Joussen revealed he would been keen to commission a new build vessel for the Marella brand, but it is unlikely to be ordered before 2023.

“If there was tonnage available, if I could order ships today, then we would look at it,” he continued.

“New-build ships could be something attractive for the UK market.

“But that is hypothetical, because they are not available.

“There are only four yards in the world that can manufacture these ships and these yards belong to two companies. So, it is very difficult.

“The likelihood that will we will order a new ship in the next five years is not very high.

Financing would also play an important role in any new ship, Joussen added.

“We would consider putting in an order in three or four years for a new ship – but there have to be the right conditions.

“The question is, how do you do it? In TUI Cruise, we finance the ship on an equity basis.

“It is ring-fenced financing that is not on our balance sheet.”

TUI Group has ordered a new 2,900-capacity cruise ship, which is set to join the group in May.

However, the situation at Marella is more complex.

“This company, Marella Cruise, we control 100 per cent, and we cannot do that,” Joussen continued.

“The ship that we would build and operate for Marella would be 100 per cent on the balance sheet.

“That is something that is difficult.

“But we think about it – the profitability and the customer response on the Marella ship is good.” 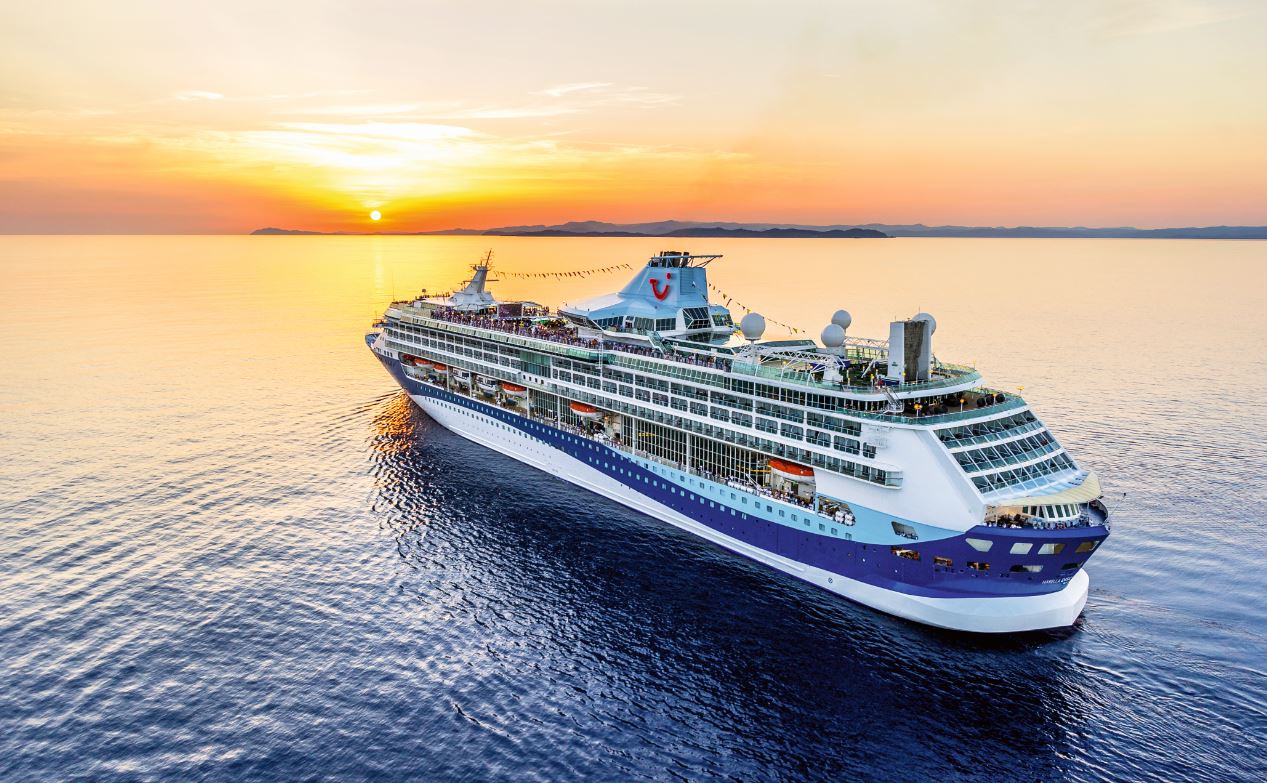 Speaking to UK press, Joussen also revealed how TUI Group sought to sell space on board the vessels, arguing it made sense to present each ship to a specific market.

He continued: “We now have six vessels in the Marella fleet – and the market is good for these ships.

“The concept of having ‘national’ ships – English ships for English customers, for example – is also good.

“Customers see the appeal – on the Marella Explorer they see a pub, they see brands they like in the shops, and announcements are in one language.

“It is the same for Germany; people speak your language and the staff can communicate with you.

“In resorts, our owned resorts, around 90 per cent are more or less targeted to one market.

“We started to mix some customer groups, the Nordics with the UK, Dutch and Germans, for example, and that worked decently well.

“We also mixed UK with Germans and that is a little bit more difficult - you need to balance.

“Sweden is so small, the people are very international; they speak English, travel abroad a lot. They can fit into any resort.

“When you put ten per cent English into a German resort, it is different, and you need to balance somehow, and to be careful.” 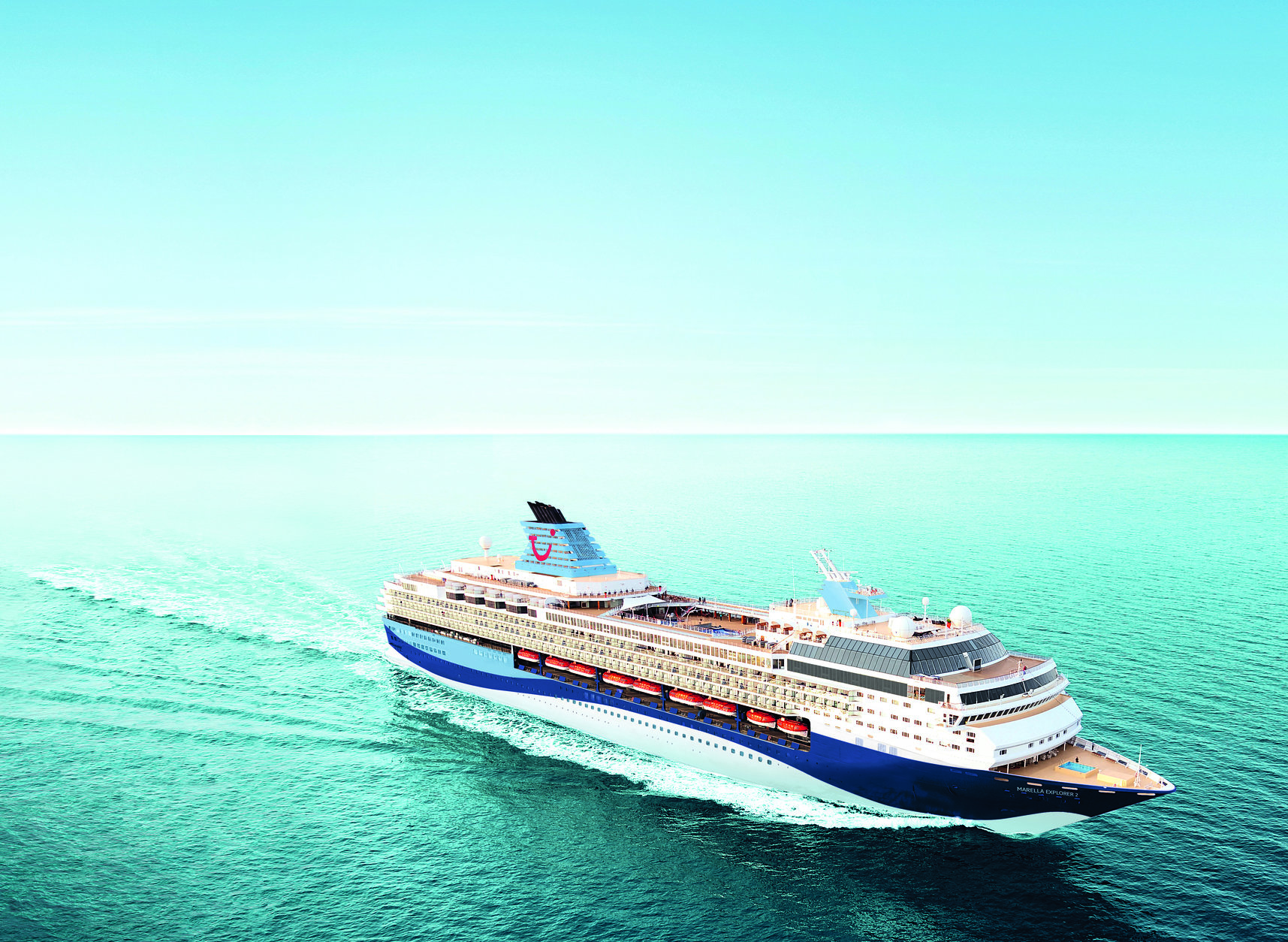 In terms of distribution in the UK, Joussen said he was a big fan of direct sales but was open the UK management team offering a bigger role to third party agents – as long as they delivered.

He added: “We have very little independent sales, especially in the UK, where we have strong direct sales. That is good.

“If your own distribution is selling the product, the agents are able to offer more.

“If somebody comes into a TUI retail outlet, the expect the agent will know what they are selling.

“For independent agents, they argue they should not have to learn about our cruise ships, as they sell everything, and this can mean they are less educated about the brand, and less innovative.

“I am a big fan of direct distribution.

“However, the UK business is a very successful business, one of the best we have in the group.

“If they decide to sell through third party agents, and long as they are as successful as they are today, there is no problem.

“If Chris [Hackney, managing director, Marella Cruises] wants to sell on the Moon, direct, or indirect, as long as he is beating competition, customers love his products, and it is a trusted brand, he can do this.”

Earlier this month, TUI Group’s board also gave the green light for the construction of another, smaller, expedition cruise ship for Hapag-Lloyd Cruises.