As general manager of two prestigious Taj Hotels properties in London, Digvijay Singh is an expert on the hospitality scene in the British capital.

He believes in setting and maintaining the highest benchmarks of service through people, product and processes.

Speaking to Breaking Travel News earlier this month he explains how the dual property caters to a number of sectors in the city.

“Taj has been in operation here in London since 1981 – we now have the two properties, Taj – 51 Buckingham Gate and St. James’ Court – A Taj Hotel,” Singh explains.

“51 Buckingham Gate is a five-star property, with 85 keys, running through junior suites to one-, two- and three-bedroom accommodations.

“Many of these are larger than what you might find elsewhere in London, with the three-bedroom suite going up to 1,765 square feet.

“These were originally apartments, which we renovated and converted into luxury suites.

“Both have been under renovation for the past eight years, most recently we have been working on St. James’ Court.

“These are renovations in the real sense, not refurbishments.

“All 340 rooms have been raised in standard, in keeping with Taj brand standards.

“Until five years ago, St. James’ Court was branded as Crowne Plaza, and when we moved it over to the Taj brand, we began the renovations of the hotel.” 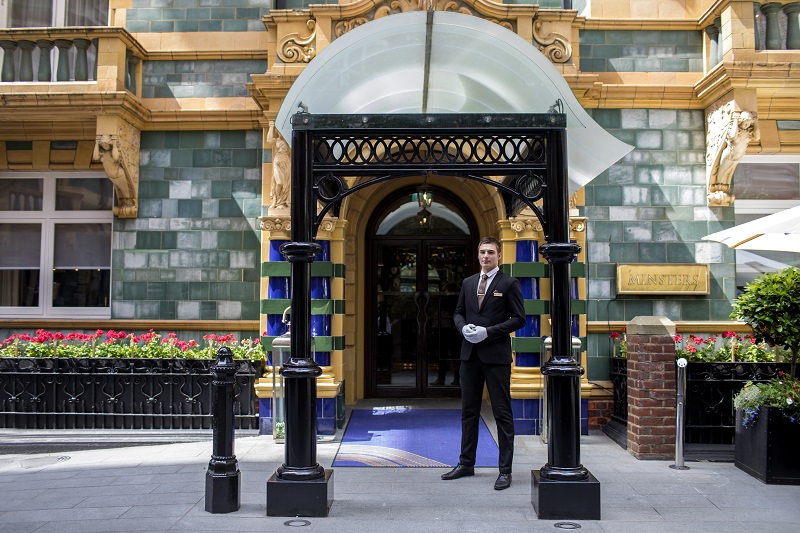 In a career spanning over 25 years with the Taj Hotels, Singh has groomed and mentored several young general managers for existing and new Taj brands.

For the past six years he has been in London and has seen the area around the Taj properties in Victoria mature, developing from a slightly grubby backwater into one of the most prestigious neighbourhoods in the city.

“Ten years ago, we would have been unable to brag about the location of this hotel, but things have been changing fast,” Singh explains.

“The changing environment has allowed us to increase the valuation of the property.” 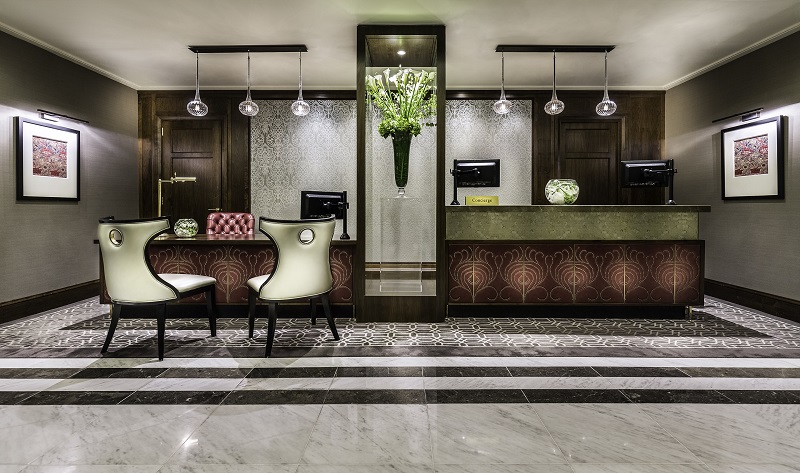 Taj has raised its own standards accordingly, with the new rooms designed by the award-winning architects and interior designers, Dexter Moren Associates, alongside consultant Sue Freeman.

“The renovations have been a journey and we are not at the end of it,” jokes Singh.

“We have occupancy of 83-84 per cent, year-round, which puts a lot of pressure on rooms – so when we finish one cycle we head back to the start.

“Once we finish St James’ Court, it will be time to turn the wheel again at 51 Buckingham Gate.

“Overall, though, we are about 60 per cent completed in St James’ Court, with less than 100 rooms left to go.

“The restaurants are also under renovation – we have already renovated Bistro, while we have a new one called Kona.

“The renovations have seen the average size of rooms increase – what used to be a 210-240 square foot room has now moved up to 290-320 square feet.

“Surprisingly, the number of rooms has also increased by five – this is what a good architect, like Dexter Moren, can do.

“They have taken out the light wells, moved walls, and created space – again this has increased the value of the hotel.

“The look and feel of the corridors is also completely different – but there is now a stark difference between what is there now and what was there before, so we need to move on and complete the project.” The property is a discreet Victorian masterpiece, with architectural features indicating its illustrious past; maintaining an equilibrium between the historic design features and a fresh contemporary finish.

Singh adds: “I have been here six years, working with Land Securities, to see what was involved in their master plan.

“We knew that the area was going to change its face – the landscape has totally changed, the only two old buildings are us and the school next door, Westminster School.

“There are, however, restrictions, because we are in a conservation area.

“For example, while we are renovating, the exterior of the building, the facade cannot change – it has to be like-to-like.

“But where we can upgrade, the council only encourage you.

“They offer rebates on business rates for improved fire safety, energy efficiency and environmentalism – there is a lot of support there.”

Looking ahead, Taj will also be rolling out a new private club.

“Plans are also in progress to bring in a member’s club called Chambers,” Singh explains.

“The flagship is in Mumbai, while there is one in Delhi and others are located in major metro cities in India, as well as in Dubai.

“But we want to take Chambers to London and the United States – a way to develop loyalty even further.

“Chambers itself is being reinvented and reimagined at a corporate level, along with our spa product, where Ayurveda is being introduced.

“We plan to bring in the new Chambers, alongside Conrad & Partners, toward the end of the financial year.” 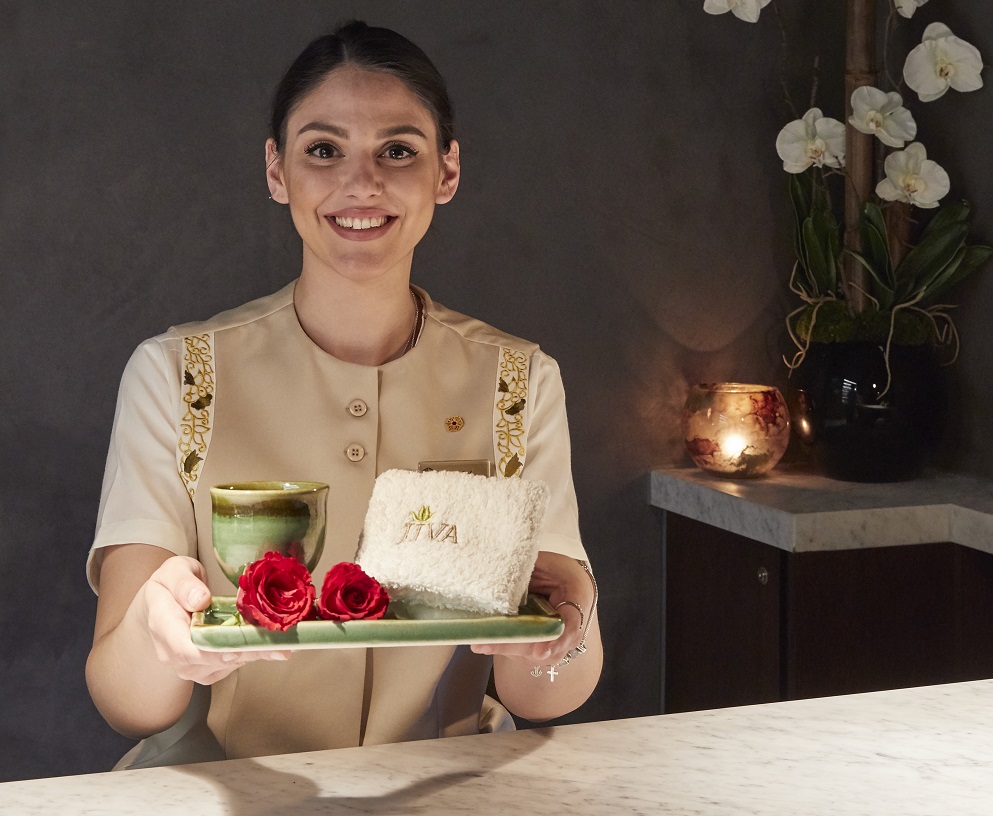 Turning his attention to London more generally, Singh explains the impact of recent political turmoil has been, if anything, beneficial to the hotel.

“London is an extremely interesting market – Brexit, no Brexit, development is happening, it is not stopping,” he continues.

“Currently, the market is seen as an opportunity for investment – our guests here are looking at investments here in the UK.

“For us, as a hotel, corporate business falls, but leisure increases – there is a huge amount of leisure business coming in due to the fall in the value of the pound.

“People want to travel to the UK, and this is an opportunity for them.” 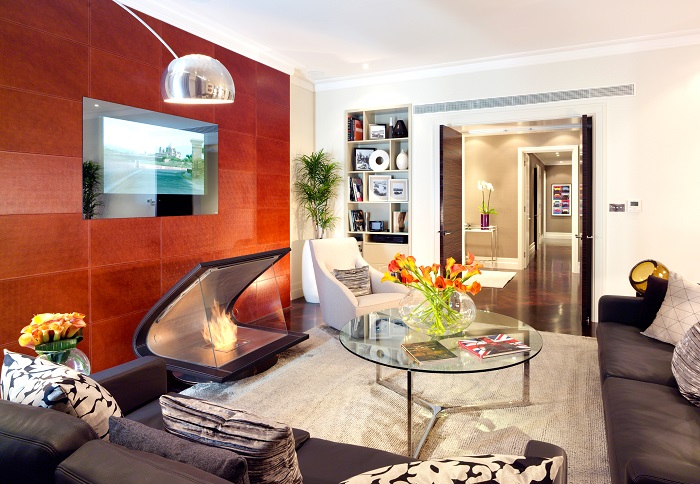 When it comes to building a successful team at the Taj, however, Brexit has created difficulties, with staff not waiting for a political resolution before deciding their own futures.

“There is a bit of a quality issue in London now, in terms of manpower – people are not waiting for the results of Brexit.

“People are leaving, looking back home.

“They are being replaced by people with less skills, who see this as an opportunity to come and work.

“For the service industry, this means there has been an influx of people who are not trained.

“Earlier they might not have got jobs, but now there are spaces,” adds Singh.

“If hotels do not wake up and smell the coffee, especially luxury hotels, they will see a fall in quality.

“Maybe lower ranked hotels, they will not care so much, because the expectations of customers are not so high.

“For us, to respond, we must spend more time and resources on training and recruitment – recruitment has certainly become tougher.

“But we must draw a line and not accept people without the skills we need – we are completely dependent on high-quality manpower.

“This is a human resource intensive industry – can we afford to drop the ball there, no.

“We have to work harder to inspire our people, to take care of them, in order to keep our attrition down.

“Only well-trained people, who are inspired to work, can deliver the service people expect at Taj.”