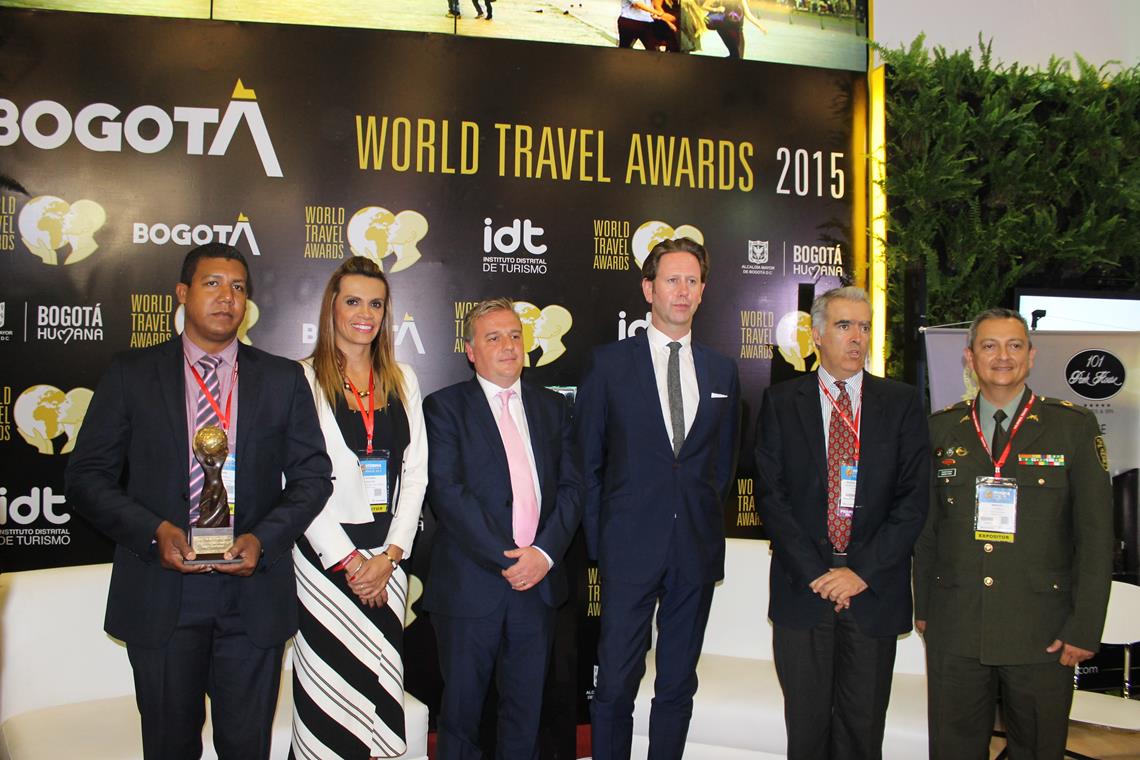 World Travel Awards has officially begun the countdown to the Latin America Gala Ceremony 2015 during a launch event at the Vitrina Turística de ANATO 2015 in Bogotá.

The largest tourism showcase in Latin America, ANATO welcomes thousands of industry leaders from across the region to the Colombian capital each year.

World Travel Awards global business director Sion Rapson said: “It is an honour to be welcomed here to Bogotá and in particular to Vitrina Turística de ANATO 2015.

“We understand the importance of this event to Latin American tourism and the welcome World Travel Awards has received has been unprecedented.”

He added: “Plans are beginning to take shape for the World Travel Awards Latin America Gala Ceremony later this year and we will be revealing more details the coming weeks.”

Visiting Colombia for the first time, the World Travel Awards Gala Ceremony will receive leaders from across the region, as well as influential business leaders and entrepreneurs.

All will be welcome to a magical night where they will experience the warmth of the Colombian people and all the things that make Bogotá one of the best destinations for business, meetings and leisure in South America.

Tatiana Piñeros Laverde, director general, District Institute of Tourism of Bogotá, added: “This is a perfect opportunity to raise and consolidate Colombia’s profile as an attractive destination for business travellers and tourists, and to show the world why Bogotá is a city of infinite possibilities, and why it is one of the best tourist destinations in Latin America.

“The World Travel Awards Gala Ceremony will increase hotel occupancy and tourist arrivals in Colombia, and will give Bogotá access to a broader market of some 90 million potential customers worldwide.

“The district Tourism Institute, the tourism associations, and Bogotá as the Latin American WTA host city, are working hard not only to make this gala event an unforgettable night, but also so that attendees can enjoy the best that Bogotá has to offer, whatever their particular interests may be.

“And so we invite you to come and see for yourself that Bogotá is a city standing tall, a city of infinite possibilities.”

Declared World Book Capital by UNESCO and Iberoamerican Capital of Culture by the UCCI, Bogotá has become one of the most important cities in South America, with public spaces such as plazas, streets and modern avenues available to all.

Bogotá has a varied nightlife offering domestic and foreign tourists alike different options and styles. A permanent cultural agenda incorporates more than 60 museums and art galleries, with the city also home the most famous rock festival of the continent - Rock al Parque.

World Travel Awards was established in 1993 to acknowledge, reward and celebrate excellence across all sectors of the tourism industry. Today, the WTA brand is recognised globally as the ultimate hallmark of quality, with winners setting the benchmark to which all others aspire.

In 2015, WTA will celebrate its historic 22nd anniversary.

Each year WTA covers the globe with a series of regional gala ceremonies staged to recognise and celebrate individual and collective successes within each key geographical region.