Sharm El Sheikh is continuing to rebound with reports of “very strong” bookings for the first of the summer season’s concerts at SOHO SQUARE, the award-winning leisure and entertainment centre on Egypt’s Red Sea Coast.

Ali Campbell will appear with his full live band at Soho Square on 23 April for a special Easter concert. Ali Campbell has sold over 70 million albums and had over 40 UK hit singles including ‘Red, Red Wine’, ‘I Got You Babe’, ‘Can’t Help Falling In Love’, ‘Many Rivers To Cross’.

Since leaving UB40 three years ago Ali Campbell has released three hugely successful solo albums back to back named ‘Running Free’, ‘Flying High’ and most recently ‘Great British Songs‘ which landed in the Top Ten and Top Fifteen respectively in the UK Album Charts. 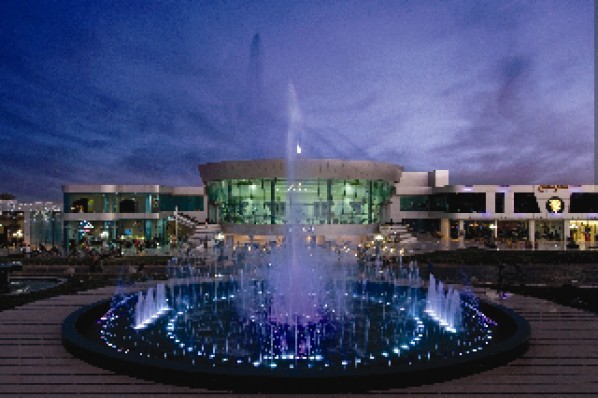 Most 2011 packages to Egypt have been reduced in price, with Soho Square’s parent company SAVOY International offering a 20 per cent reduction on accommodation and other premium benefits booked direct with the hotel.

Last month huge crowds turned out in Soho Square to show their support for holidays in Sharm El Sheikh at a We Love Egypt festival. More than 5,000 people cheered, danced, sang, wined and dined in a unique event in Egypt representing the 1 million UK tourists who come to Sharm El Sheikh each year.

Ali Campell’s concert is another example of how quickly Sharm El Sheikh is returning to normal, offering great value holidays.”

Soho Square is a square mile of pedestrianised shopping, fine dining and entertainment attracting visitors from all over the world, as well as from Egypt and residents living on the Red Sea coast. It was voted “World’s Leading Entertainment Centre” at the 2010 World Travel Awards.

Meanwhile World Travel Awards has announced its continued support for tourism in Egypt by renewing plans to host its Africa & Indian Ocean Ceremony in Sharm el Sheikh on 16 September 2011.