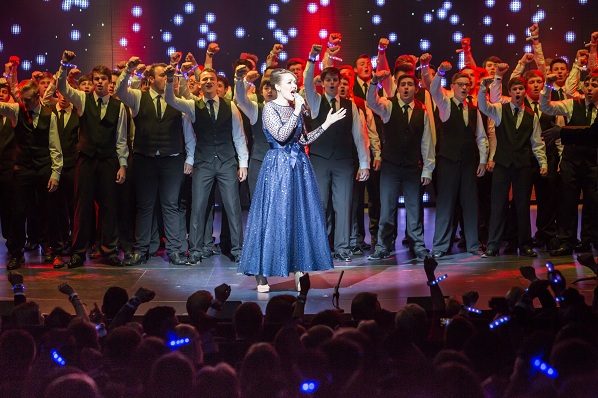 Royal Caribbean International has marked the launch of Anthem of the Seas, the world’s newest, most technologically advanced cruise ship, with a spectacular naming ceremony.

The company once again broke with tradition by choosing Emma Wilby, a 27-year-old British travel agent as the Godmother of the ship.

Emma took centre stage during the ceremony together with Welsh choir Only Boys Aloud to deliver the performance of her life.

Anthem of the Seas and sister ship, Quantum of the Seas, have been designed to deliver a new kind of cruise experience to holidaymakers of all types.

The ship features many first-at-sea experiences including skydiving and surfing, as well as the North Star, a glass capsule that takes guests more than 300 feet above the ocean for panoramic views.

Dressed for the special occasion in a beautiful blue vintage gown, Emma, a budding singer and member of the Military Wives Choir in Kinloss, Scotland, graced the stage with style after a full makeover courtesy of Royal Caribbean.

Performing to an audience of more than 1,300 guests, she was accompanied by Britain’s Got Talent finalists, Only Boys Aloud as she delivered a moving performance that culminated with the traditional bottle break officially naming the ship.

After being selected from a number of entrants across the UK, Emma, who had never sung in front of a large audience, received expert vocal training from Craig Yates, the Team Captain of Only Boys Aloud, to prepare for her grand debut.

The naming ceremony took place in Anthem of the Seas’ Royal Theatre and was broadcasted live throughout the ship. 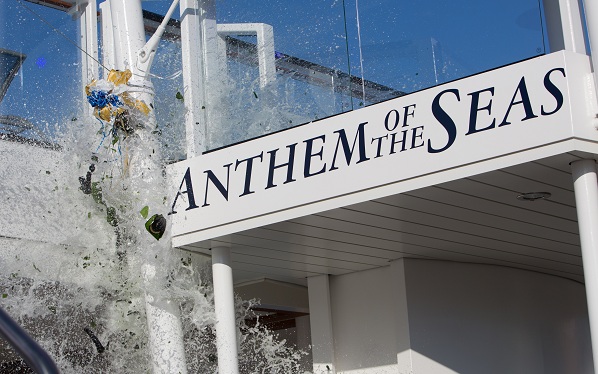 The ceremony was completed with the traditional champagne smash

“Just look at Anthem of the Seas – there’s something for everyone, indoors and outdoors, and we’re confident this ship will help us to attract a whole new audience to cruising.”

Anthem of the Seas will sail its inaugural season from Southampton, offering UK holidaymakers an effortless way to explore the Mediterranean this summer.