Aviation commentators are predicting an end to the global economic slump as aircraft orders continue to accumulate at the Farnborough International Air Show.

The show – which is scheduled to continue into the weekend – has already seen Boeing walk away with 103 orders for new aircraft, with a total value of over $10 billion.

A resurgent Airbus has also performed well, with the European manufacturer recording 130 contracts with total list prices of $13 billion.

In addition, the European company announced $15 billion of pledges, compared to $4 billion at American rival Boeing.

John Leahy, Airbus chief operating officer said: “Before the Farnborough Air Show we already had 131 orders [for 2010], and we predicted by the end of the week we would double that.

“Indeed, the commitments which we have already received here bring our total firm orders this year already to over 260 aircraft.” 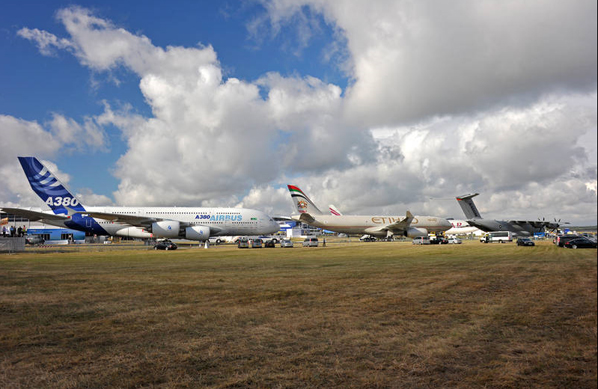 RBS Aviation Capital was among the largest customers for Boeing, with the group placing an order for 43 Boeing next-generation 737-800 aircraft, valued at approximately $3.3 billion.

American Airlines also exercised an option on a further 35 of the aircraft as part of an ongoing fleet renewal programme.

Boeing’s new 787 Dreamliner also made its public debut at the show, following over two years of delays.

The aircraft is now expected to be delivered to airlines – with Japan’s All Nippon first in the line – at the start of 2011.

The bulk of the orders were placed by British carrier Flybe, together with pre-orders for an additional 34 planes valued at $1.3 billion.

The Brazilian air force also stepped in, placing making a future purchase of 28 KC-390 aircraft at the air show.

“The Brazilian Air Force has been Embraer’s most important strategic partner since the company was founded in 1969,” said Embraer executive vice president for the defence market Orlando José Ferreira Neto.

“This announcement reinforces Embraer´s motivation and commitment to conceive a state of-the-art product that should exceed FAB requirements and overall market expectations.”

However, the Canadian company announced no regional jet contracts and failed to secure Qatar Airways as a buyer for the CSeries.