Qatar Airways has enhanced its operations with the acquisition of comprehensive aircraft recovery equipment – the first airline in the world to own the complete state-of-the-art kit.

There are just 11 complete kits globally, but parts within each kit are owned separately by individual airlines and airports worldwide.

The full equipment is the first of its kind anywhere in the world.

The Qatar Airways aircraft recovery kit is transportable and capable of recovering the world’s largest passenger aircraft, Airbus A380, from incident sites anywhere in the world, in addition to any other aircraft types.

At an investment of US$3.2 million, the equipment enables the airline’s Doha hub to be capable of recovering equipment parts of any aircraft type following an incident which renders an aircraft non operational.

Typical practice in the aviation industry calls for airline and airport operators to complete due diligence in removing an aircraft from a location where it has been damaged as a result of an accident.

Qatar Airways recently tested each aspect of its newly-purchased equipment in an exercise that was a joint effort carried out by the airline, Qatar Aviation Services, Doha International Airport and observed by Qatar’s Civil Aviation Authority and Qatari Air Force. 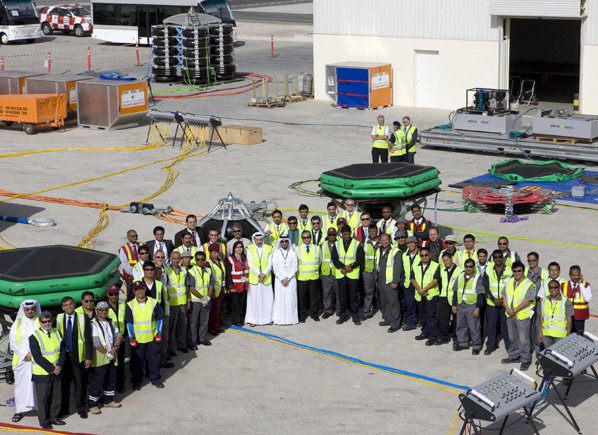 Qatar Airways chief executive Akbar Al Baker said: “When we first looked to purchase a full end-to-end aircraft recovery kit, we evaluated what benefits the equipment would bring not only to Qatar Airways and Doha International Airport, but rather as an investment for the industry as a whole.

“Obtaining the equipment, fully training an entire team on utilisation and conducting exercises, is a priority for the airline and also a commitment to our passengers globally.”

The capability to conduct aircraft recovery implementation is a requirement by airports worldwide. The equipment acquisition boosts the capabilities of Qatar Airways’ quick application in an emergency response scenario.

Developed by ResQtec, an industry authority on the highly specialised equipment, any airline requiring recovery service anywhere worldwide can benefit from the state-of-the-art recovery service owned by Qatar Airways, which is fully deployable anywhere in the world. 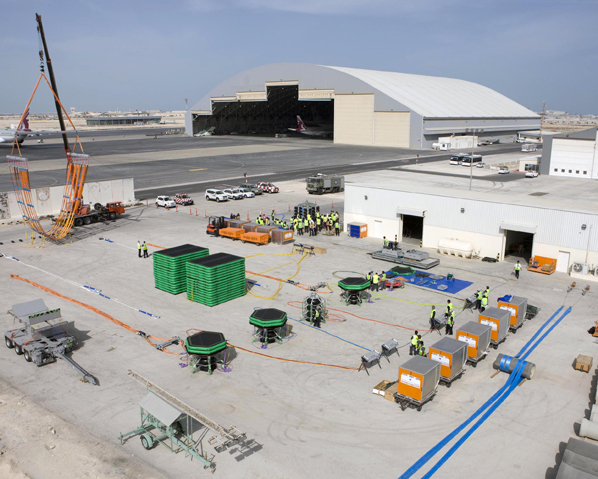 The Doha-based comprehensive kit is the exclusive one in the world and is capable of recovering salvageable, disabled aircraft in the region or anywhere in the world.