Manchester Airports Group is announcing changes to its executive committee, which will result in new chief executive taking charge at Manchester and London Stansted airports.

At the same time, Collette Roche will take up a new role as chief of staff at MAG, with responsibility for shaping the development of the group’s strategy and leading some of the key corporate functions.

O’Toole, in his new role as chief executive, London Stansted Airport, will lead the airport as it plays a role in providing runway capacity in the south-east of England over the next ten-15 years.

In July, London Stansted passed the 25 million passengers per annum landmark, and with planning permission secured for a new arrivals building, the airport recently announced its intention to apply for planning permission to make full use of its existing runway.

O’Toole will lead the airport through this process and focus on developing Stansted’s route network, building on recent additions including scheduled flights to New York and Boston.

Cowan will join Manchester Airport as chief executive at a time when the airport has never been busier.

He will oversee the start of construction on the £1 billion Manchester Airport Transformation Programme, which will provide the UK’s third largest airport with a world-class terminal facility to allow it to make use of its two full-length runways.

Cowan will be charged with cementing the airport’s position as the UK’s global gateway in the north, and will draw on his expertise from the infrastructure and construction sector before he joined MAG. 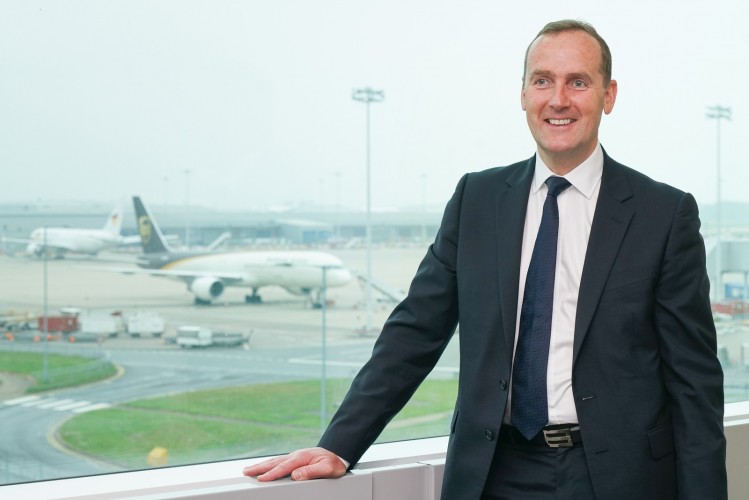 Andrew Cowan will take up leadership of Manchester Airport next month

Roche will take up a new role as chief of staff, MAG.

In this role she will have responsibility for shaping and overseeing the group’s long-term strategy and the leadership of some corporate functions.

Charlie Cornish, chief executive, MAG, said: “Both Ken and Andrew have demonstrated they are first class airport leaders during their career at MAG.

“I am pleased to have appointed them as the new chief executives of London Stansted and Manchester respectively.

“I know that Ken and Andrew will successfully develop their airports further as they play an even bigger role providing the global connectivity and runway capacity that this country needs in the coming years.

“Both airports are about to embark on significant periods of development and investment, and Ken and Andrew are the right people to lead them during this critical time.”

The changes will come into effect in September.