After the most successful year of his golfing career, Rory McIlroy, the global brand ambassador of luxury hotel company Jumeirah Group, concluded the season with one last shot on one of Dubai’s most iconic buildings, Burj Al Arab.

The property itself has also had a successful year, being recognised as the Middle East’s Leading Hotel by the World Travel Awards.

After winning his first US Open title in June 2011, McIlroy has continued to celebrate victories in numerous golf tournaments throughout the year. Jumeirah Group joins Rory in celebrating his achievements in 2011 and looks forward to another year of exhilarating accomplishments in 2012. 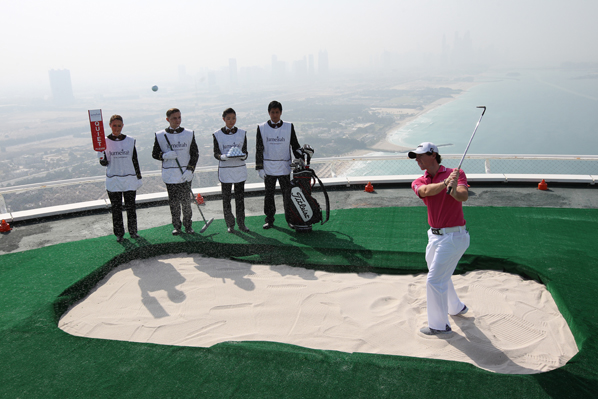 Rory commented on this event stating: “We did a photo shoot in Dubai last week up on the helipad of Burj Al Arab and it was a lot of fun!

“I enjoy my activities with Jumeirah as we always do something different and exciting!”