From the world’s longest national highway to the highest tides on the planet, Canada is home to an almost never ending list of superlatives.
And great news for travellers, the country removed all its remaining Covid restrictions on 01 October. Offering over 30 years of expertise in creating tailor made holidays, Frontier Canada, part of the award winning Frontier Travel Group, promises the Great White North will leave you awestruck, whether you are coming eye to eye with a polar bear in Manitoba or standing on the earth’s mantle in Newfoundland, your feet straddling 500 million years of history. Covering everything from climate change to culture, the tour operator has selected six life-changing destinations across Canada for 2023, the thought-provoking bucket list including a new guided hiking tour in Newfoundland.

​Travel allows us to face the effects of climate change head on. Nowhere is this more true than in Churchill, Manitoba, where the plight of the starving polar bear is on full display – the ice melting earlier and winter arriving later and later each year. Forced to fast on dry land for ever longer periods, the whole ecosystem is under attack, and wildlife-human conflict is replacing co-existence for the town’s 800 inhabitants.

Happening at warp speed, in the Canadian sub arctic warming happens three to four times faster than elsewhere, a journey here providing stark evidence of our need to reset. With studies showing the phenomenon could be reversible, a trip to the Polar Bear Capital of the World suddenly seems more important now than ever. Visit in the summer, when flowers, birds and polar bears dot the landscape and beluga whales swim in the cool waters just offshore, or go from September to November when the heavenly spectacle of the Northern lights transforms the tundra buggy experience from fascinating to otherworldly. Five night Polar Bears in Churchill Enthusiast from £5,450pp (two sharing), including Air Canada flights, 2 nights Winnipeg, 3 nights Churchill and 2 full days on the Tundra Buggy. 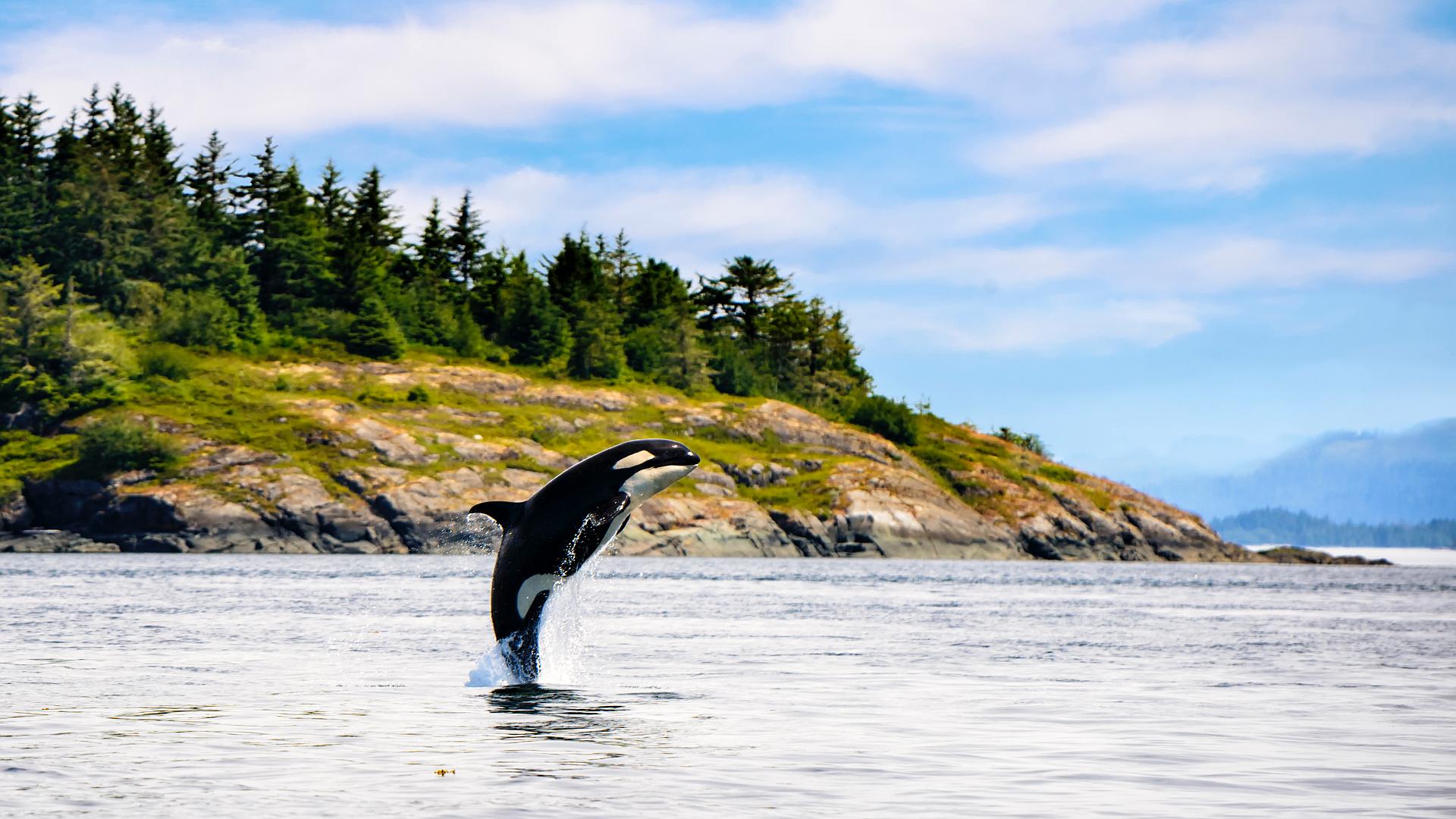 Released by Netflix in October, the Island of the Sea Wolves documentary explores the raw challenges that spring, summer and autumn pose to the various inhabitants of Vancouver Island. Sea otters, black bears, bald eagles, sea lions, orcas and grey whales join their canine counterparts to deliver edge-of-your seat animal encounters. Genuine set-jetting material, the series features the salmon run of British Columbia – one of the most breathtaking migrations on the planet. Known as the Salmon Capital of the World, head for Campbell River from mid September to mid November.

Where adventure and nature combine to produce thrilling memories, Canada is the only place in the world where you can snorkel with salmon, the fish jostling at the river mouth. With a pack of hungry predators also hoping to get in on the action, it’s not unusual to see eagles swooping down from above, Black Bear (if you’re lucky one with cubs) wandering the banks of the river, and in Discovery Passage (a dive haunt revered by none other than Jacques Cousteau), pods of Orca coming along for the ride. Even easier to get to, British Airways will launch a six day a week seasonal service from 19 May 2023 from London Gatwick to Vancouver (Mon & Wed-Sun). Seven night Vancouver Island Fly Drive from £1,635pp (two sharing) including Air Canada flights, 2 nights Vancouver, 2 nights Victoria, 3 nights Tofino, whale watching trip in Victoria, compact car hire for 5 days and ferry crossings. 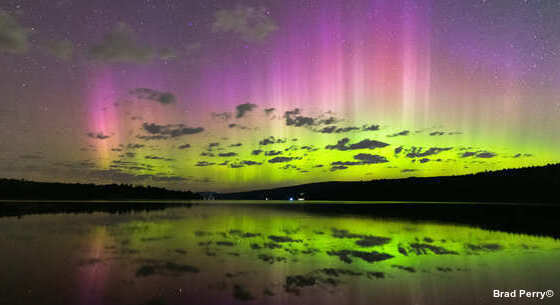 ​Northern Lights viewing is currently working its way up bucket lists, as we are heading into the peak of the 25th recorded solar cycle – predictions pointing to even more dramatic displays of Aurora Borealis. This magical sight continues to be one of travel’s most sought after attractions, and Canada gets top billing when it comes to watching the greatest light show on earth. In particular, the capital of Canada’s Northwest territories, Yellowknife (also known as the Aurora Capital of North America), lies directly beneath the aurora oval – the area with strongest geomagnetic activity producing the world’s brightest and most frequent displays. Fly into Blachford Lake Lodge, a world class aurora viewing hub, and catch sight of the dancing lights from the decks, from the hot tub, or from the comfort of your own bed. There is even an overnight wake up service so you can be assured of seeing the Northern Lights at their best. Activities at the lodge include: an aurora orientation and basic photography presentation, free AuroraWatch (wake up) service, Tire sur la neige feast (maple sugar on snow), and an interpretive cross-country ski, snowshoe or hiking trip. Optional extras include dog sled rides, snowmobile rentals and guided touring. Eight-night Northern Lights & Winter Sights from £3,650pp (two sharing) including flights from Heathrow with Air Canada, accommodation, all meals, most activities and transfers.

The positive predictions extend as far as the Atlantic Province of New Brunswick. Chris Curwin, of the Saint John Astronomy Club says, “this solar cycle is one of the strongest ever monitored, with the Northern Lights expected to become a familiar sight as the Auroras continue to reach their peak over the next few years.” 10 night Discover New Brunswick from £1,945 pp (two sharing) including Air Canada flights, 10 nights accommodation and compact car hire for 5 days.

To have respect for and an understanding of the interdependence of all living things sounds like a motto every responsible traveller should strive for. This concept is central to the Haida people’s existence and any stay on Haida Gwaii. Separated by 80 nautical miles from British Columbia, the First Nation tribe remained relatively isolated from the mainland for 12,000 years, the Galapagos of the North, a swathe of more than 150 islands floating out in the Pacific Ocean. Giant old growth forests, dramatic misty coastlines and sandy beaches make for a magical setting, a remarkable number of habitats, species (many endemic including a unique subspecies of black bear) and ecosystems squeezed into an archipelago of 3,930 square miles. Post covid, there’s never been a greater desire to reacquaint ourselves with nature, these remote islands, which are only accessible by boat or plane, the ideal setting for reflection and mindful reconnection; hiking, forest bathing and backroad expeditions enjoyed with Haida guides and watchmen who provide a living link to their rich cultural heritage.

Sticking fervently to their principle of taking only what is needed and living in harmony with the land and the ocean over thousands of years, the Haida philosophy sounds timely, especially for a world that is tackling climate change: a new interactive story map, “Sea Gardens Across the Pacific,” already beginning to acknowledge indigenous mariculture as conservation. Explore Haida history and customs at Hadai House at Tllaal. Set along the banks of the Tlell River, the resort which is owned by the Haida, opened 12 beautiful new oceanfront cabins in February 2022. Seven night Haida Gwaii Holiday. Prices on request. 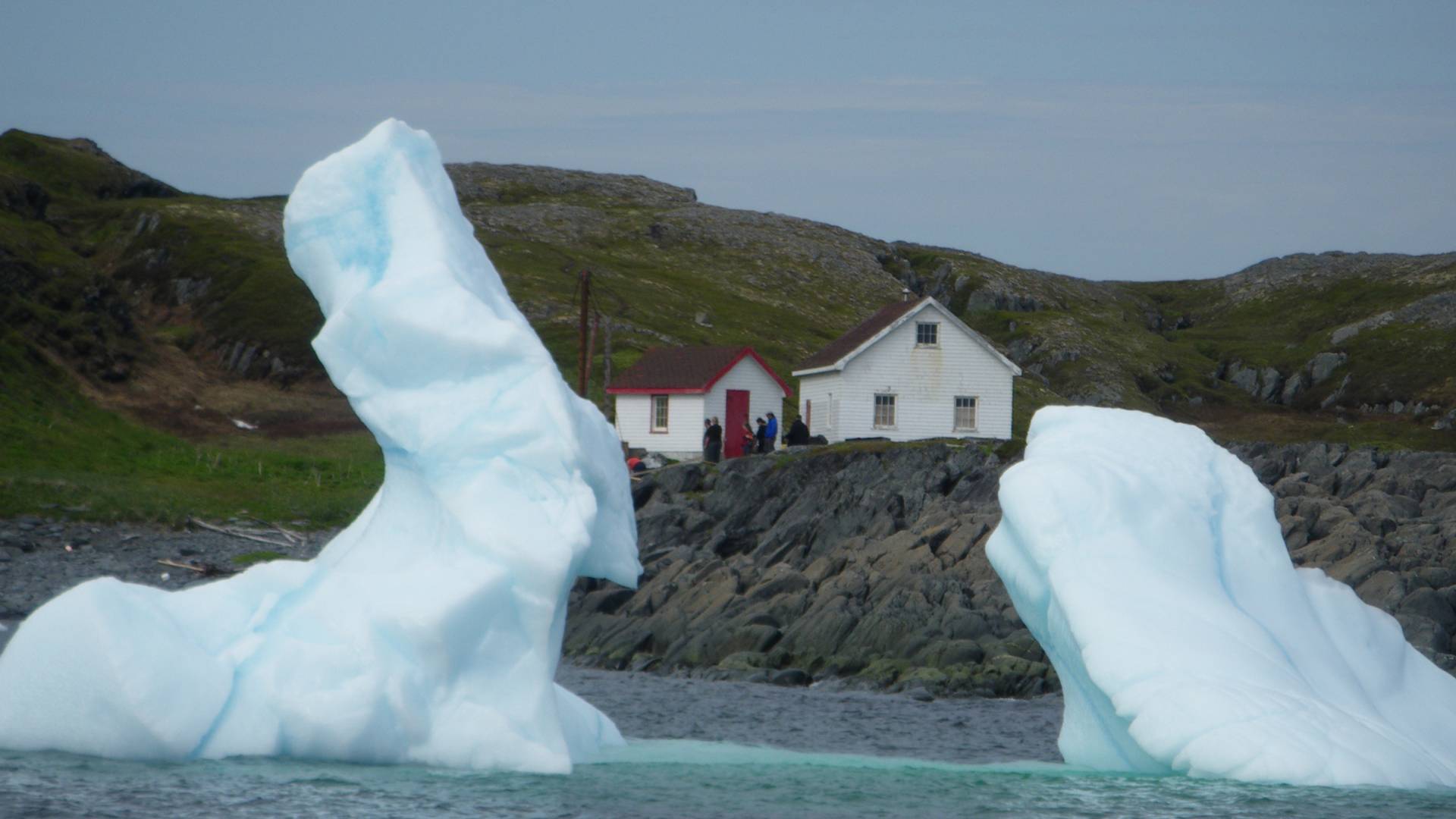 ​According to Frontier Canada, nature driven “Destination Rejuvenation” (where the destination becomes the wellness retreat) is going to drive bookings to remote parts of Canada’s Atlantic region, the NEW 8-night Western Newfoundland Iconic Walks guided hiking trip stopping at the historic Quirpon Lighthouse. Located off the northernmost tip of Newfoundland, the 1922 light-keeper’s home sits on the deserted Quirpon Island, the surrounding waters boasting the longest iceberg-viewing season in the province. Getting there is all part of the adventure, a 30-minute boat ride taking you through the otherworldly iceberg alley – the ice carried by the Labrador current. Like a floating art gallery, you can expect to see glorious streaks of blue running across the massive bergs, and sometimes caves and tunnels, waterline notches and even large rocks embedded within. When these great mountains of ice roll and break up, it’s bucket list central, birds usually taking flight just before you hear the resounding crash. Where the whales and the seals play, you can choose to see the marine life and the icebergs close up on an exhilarating zodiac tour (best viewed mid May to mid July), complete with the kind of storytelling Newfoundlanders are famous for. Alternatively, kick back in the whale watching hut with a glass of wine and watch the sun set.