The Trinidad Hotels, Restaurants & Tourism Association has inducted Caribbean hotelier and developer John Jefferis into the Tourism Hall of Fame for 2015.

He is one of only two persons ever to be inducted.

The Tourism Hall of Fame recognises and honours those persons who have been outstanding performers in the hospitality and tourism industry and whose hard work, dedication and innovation make Trinidad & Tobago the destination of choice for tourists.

John Jefferis is the owner of Coco Reef - Bermuda, Coco Reef - Tobago and a number of other businesses in the Caribbean region, including Cuba.

He started his career as a 15-year-old pot washer at a fish and chip restaurant in London.

Today, he is the chairman and sole shareholder of the Palm Reef Hotel Development Company, Coco Reef Resorts, the Caribbean Construction Company, Island Resorts International and Inflite Catering, an airline catering company with operations in both Bermuda and Tobago.

During his presidency, Jefferis visited nearly all of the Caribbean Association member Islands.

During his speeches to the Island Hotel Associations his mantra was: “Without a vibrant and profitable hotel industry a country can never have a successful tourism industry.”

In 2011, Jefferis was appointed deputy chairman of the Bermuda Tourism Board.

He also served as chairman of the Bermuda Tourism Board’s Gaming Committee.

“The Award Judging Committee acknowledges John’s contribution to the growth of Trinidad & Tobago’s hospitality and tourism sector through innovation and astute business practices.

“Jefferis has left a positive lasting legacy within his organisation, as well as with the people with whom he has worked.

“Coco Reef Resorts has significantly contributed to the improvement and the recognition of Tobago as a tourism destination.” 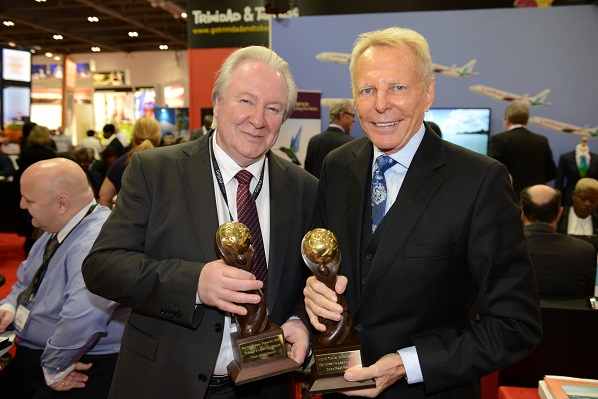 Jefferis studied at Birmingham University where he was awarded the Hotel & Catering Institute’s National Award for the top final year management student.

As a result of the award he was able to secure an internship at the Savoy Hotel in London.

He then moved to Bermuda where he was employed as junior assistant manager at the Belmont Hotel.

He was subsequently promoted to general manager at Belmont and was the youngest person ever to hold that post.

Subsequently Jefferis was appointed managing director and a member of the board of directors of the Elbow Beach Hotel & Development Company.

During his time at Elbow Beach, the hotel’s market share and reputation increased dramatically, making it Bermuda’s most successful and profitable hotel.

Jefferis was also the owner of Edgehill Manor, Roxy’s Night Club and the Palm Reef Hotel, all of which he later sold.

He was the major shareholder in the Haley Corporation, which was for many years, Bermuda’s largest tour operator and source of tourists.

In 1992, Jefferis commenced the design, development plans, financing, and construction of the $82 million Coco Reef – Tobago, which became one of the Caribbean’s most successful properties.

In 2003, Mr Jefferis acquired the Stonington Beach Hotel situated on Bermuda’s most famous beach and underwent a $14.3 million reconstruction, renovation and refurbishment to open Coco Reef - Bermuda in 2004.

In response to his induction into the Tourism Hall of Fame, John Jefferis said: “Having devoted my career to the hospitality and tourism industry, it is an honour to be inducted into the Trinidad Hotels, Restaurants and Tourism Association Hall of Fame.

“Creating new and memorable experiences and continually upgrading and redesigning my hotels for our guests is my passion and I am always humbled to be recognised for doing what I love most.”

Most recently, in 2014, he was named International Caribbean Life’s Entrepreneur of the Year.

In addition, Coco Reef - Tobago has won the World Travel Award for the Caribbean’s Leading Hotel for the past 11 years.