Nominations for the annual World Travel Awards (WTA) have been unveiled at ITB Berlin, as a number of new categories are added to reflect the changing face the travel and tourism industry.

Voting opened earlier this morning; with over 5,000 organisations – including destinations, tourist boards, airlines, luxury hotels, and travel technology providers - spanning 162 countries nominated by industry peers for a chance to win this most coveted of prizes.

The awards programme, which serves to encourage best practice within the industry, is also honouring its commitment to sustainable tourism.

A number of new green categories – spanning cruise, destinations, hotels and tour operators – aim to reward those brands striving for innovative and responsible solutions to the environmental crisis.

World Travel Awards has also unveiled a series of enhancements to mark the first Grand Tour of a new decade, with technology top of the agenda.

A host of new categories - ranging from Leading New Hotel Website to Leading Dynamic Packaging Product – will recognise excellence in this area, with competition undoubtedly hotter than ever. 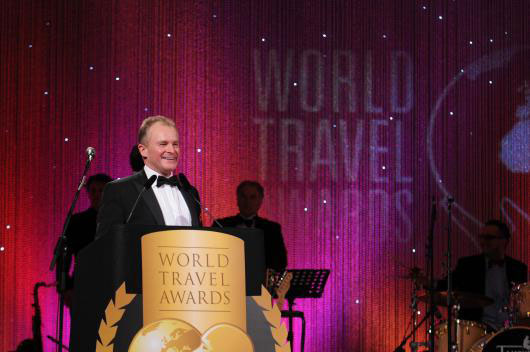 But it is not just the awards which have changed, with WTA seeing a tremendous response to self-nominations; which have seen a phenomenal 50 per cent growth when compared to 2009.

WTA founder and president, Graham E. Cooke, said: “This increase, in the face of a global recession, demonstrates the vital role that WTA now plays within the travel industry.

“More multinational companies than ever, ranging from Etihad Airways and TAP Portugal to InterContinental Hotels, Universal Studios and Disney, are spearheading their global marketing campaigns with their award victories,” he added.

This level of accountability has led to WTA becoming the ‘Oscars’ of the global travel industry, according to the Wall Street Journal.

Broadcast by BBC World News and other networks, the event is set to reach over 254 million households worldwide and attended by the industry’s key decision makers.

Mr Cooke added: “As the tension surrounding the awards begins to mount we are looking forward to revealing the leading players at the regional ceremonies during the year, and tracking their progress as they head to London for our Grand Final on the eve of World Travel Market 2010.”

The World Travel Awards was launched in 1993 to acknowledge and recognise excellence in the world’s travel and tourism industry, with the event now celebrating its 17th Anniversary.

Thousands of votes are cast by travel professionals from 183,000 travel agencies, tour companies and tourism organisations in 162 countries, with awards made in 998 different categories.