In an exclusive interview with Breaking Travel News, Qatar Airways chief executive Akbar Al Baker has called upon governments to take a hands-off approach to climate change resolution in the aviation industry.

Speaking at the International Air Transport Association annual general meeting in Cape Town, South Africa, the industry heavyweight called on the organisation to take a key role in tackling the issue.

On climate change resolution, Al Baker said: “Governments should stop bickering about this and let the airlines handle this.

“In turn the airlines should let IATA handle this as the organisation has very capable management in place.

“He is also an airline man so he knows the interests of the airlines.

“So I don’t see why the government should get involved in a business they hardly understand.”

His key message to take to the European Union later in the year, when the body will discuss climate change, was: “Allow IATA to lead the airline community in finalising the climate change issues with International Civil Aviation Organisation.

“We have a short time-frame.

“We have a very small window and we should not allow this window to be lost.”

Al Baker also admits he is interested in purchasing Boeing’s upgraded version of the popular 777 wide-body aircraft when it is eventually launched.

“They have given us a presentation and when they launch their aircraft we will be very interested,” he says.
Qatar Airways has taken delivery of 33 777 aircraft and currently has nine left to receive.

Qatar Airways, which was the first carrier in the Middle East to receive the Dreamliner 787, has 30 of the aircraft on order and an additional 30 on option, with the delivery programme now firmly well behind schedule.

Al Baker claims the grounding of the Dreamliner fleet and the delay in deliveries of the aircraft has had a severe impact on the airline’s balance sheet and curtailed its 2013 expansion plans.

“I will get compensation as we took airplanes that we couldn’t fly and Boeing understands that and they have agreed to compensate not only Qatar Airways but everyone that have taken deliveries of the 787,” he said.

“There is a delay on us getting the additional five aircraft. This delay has happened due to the delay in the certification.

“Now this delay has happened we will start receiving our aircraft from June.” 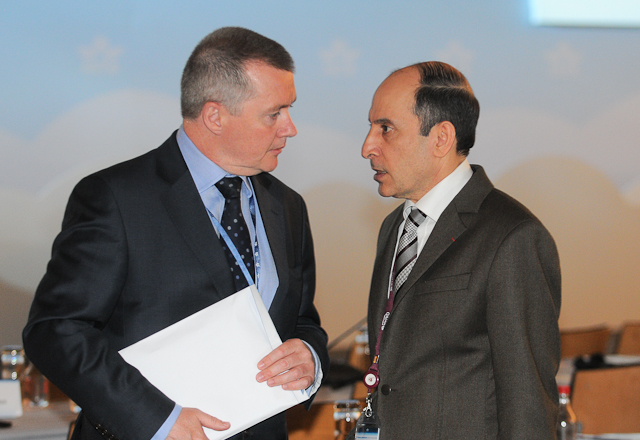 Despite the 787 issues, Al Baker is not cancelling any of the orders in place and is actually increasing his options.

“We will not cancel the Dreamliner, quite the contrary we may order additional Dreamliners because we have purchase rights for another 30 and it is a possibility we will go for another 30 787-9s,” he concluded.