Hussein Ali Hatata, a seasoned hospitality professional with almost four decades experience, has been recognised as the Middle East’s Leading Personality - For Contribution to Hospitality Excellence by the World Travel Awards.

A special presentation took place this evening at the Four Seasons Dubai Resort at Jumeirah Beach as part of the World Travel Awards Middle East celebrations.

Hatata joined the Hotel Al Khozama, Riyadh in 1978, working in a number of operational and managerial roles.

In 1997, he led the opening of the five-star Abha Palace Hotel on behalf of Rosewood Hotels & Resorts, simultaneously holding the title of rooms division manager for the Hotel Al Khozama.

Promoted to hotel manager in 1999, he was an integral member of the team responsible for the opening of the five-star luxury Al Faisaliah Hotel, A Rosewood Hotel and was instrumental in introducing the famed butler service concept to the Middle East.

Mr Hatata then travelled to Istanbul, Gstaad, Lausanne and Geneva and worked in various hotels at different positions as part of a development programme.

In 2003, he led the opening of the Al Faisaliah Residence, a prestigious apartment development in Riyadh which was converted in 2011 to an exclusive luxury five-star facility – Al Faisaliah Suites – featuring 106 contemporary suites, a ladies spa and a fashionable modern Italian restaurant – La Cucina.

As vice president, hotels division for Al Khozama Management Company since 2005, Mr Hatata has played an active role with a clear vision in driving the organisation’s ambitious expansion strategy into key cities across the Kingdom. 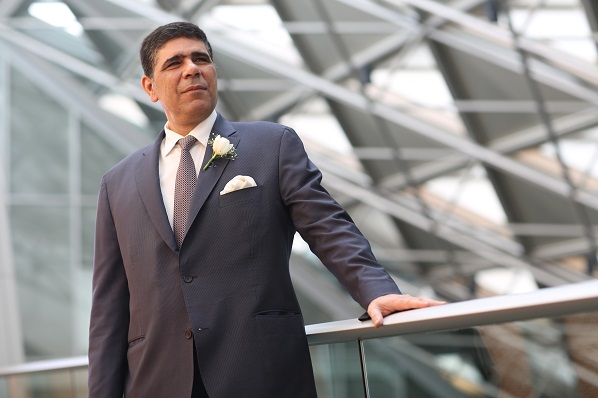 In addition to the management of the Al Khozama owned facilities in Riyadh, he has successfully increased Al Khozama’s hotel management portfolio to include Al Shohada Hotel in Makkah and Bay La Sun Hotel & Marina in King Abdullah Economic City, north of Jeddah.

He has also overseen the signing of management agreements for two new luxury hotel properties in Al Khobar, scheduled to open in 2016/17.

Mr Hatata’s expertise, leadership and foresight regarding the future of the hospitality industry in the region was of particular benefit to Al Khozama when the organisation prepared for its Initial Public Offering (IPO) in 2006, and its subsequent successful private placement round.

In 2009 he was the winner of Arabian Business Achievement Award - Leadership in Hospitality from ITP Dubai.

Mr Hatata has been recognised annually since 2010 as one of the “Power 50” most influential people in the Middle East hospitality sector, by Hotelier Middle East.