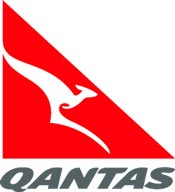 QantasLink today announced that Tamworth had been selected as the
location for future heavy maintenance of the airline’s new Q400 aircraft. The Tamworth engineering
facility currently conducts heavy maintenance on QantasLink’s Q200 and Q300 aircraft.
QantasLink Executive Manager Mr Narendra Kumar said the decision would see QantasLink upgrade
its heavy maintenance capability in Tamworth with facility improvements, staff training and new Q400
tooling.
“Tamworth is a major regional hub and an important part of the QantasLink network that spans 52
cities and towns throughout Australia,” Mr Kumar said. “Our decision to invest in the Tamworth heavy
maintenance facility demonstrates our ongoing commitment to regional infrastructure and jobs.”
Mr Kumar said that QantasLink would initially train 14 senior engineers on the Q400 and apprentices
and other staff would gain experience on the modern regional aircraft.
“The 74-seat Q400 is a next-generation aircraft which we believe is the future of regional air travel.
QantasLink currently has 14 of these aircraft, with the fleet growing to 21 by the end of the year. The
upgrade of our Tamworth maintenance facility will cater for this new fleet as well as our other 21
Q200/Q300 aircraft.
“This decision presents a great opportunity to position the Tamworth facility for future growth that will
be achieved if we remain efficient and competitive given the ongoing challenges in the aviation
industry.”
The first Q400 aircraft is planned to arrive at the Tamworth facility for heavy maintenance in
September 2009.
QantasLink has a long history in Tamworth that can be traced back to 1949 when the Tamworth Air
Taxi Service commenced operation. QantasLink currently employs 87 people in Tamworth, including
73 in the aircraft maintenance facility.
Tamworth was one of the first regional ports in QantasLink’s NSW network to have services
upgraded to Q400 when the airline introduced twice-daily Q400 services between Tamworth and
Sydney in September 2008. QantasLink today operates 25 return services between Sydney and
Tamworth each week, with 12 of these services being operated by Q400 aircraft.
——-