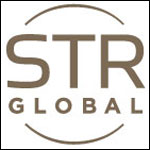 Positive hotel performance news comes from Frankfurt, the city of trade fairs: Recent data from STR Global, the leading provider of market information for the world’s hotel industry, shows the direct impact of trade fairs on the region during recent weeks. Both the Musikmesse and ProLight + Sound fairs took place in Frankfurt on 1-4 April this year, rather than in March as in previous years. This explains the positive change in year-on-year revenue per available room (RevPAR) for the region as seen on the left-hand side of the chart below. Similarly for Wiesbaden, the peak around 18 April coincides with the start of the Internistenkongress, which was also held in March last year. It must be noted that performance in March suffered as these fairs moved forward in the calendar.Significantly more impact came from ACHEMA, the tri-annual International Exhibition-Congress on Chemical Engineering, Environmental Protection and Biotechnology. The 178,000 visitors to this fair made an enormous impact on hotel performance for the city and region as witnessed by the considerable spike in early May.

Such positives, while short-lived, should be appreciated even if the long-term prognosis for the city is less rosy. In the latest version of STR Global’s new product, the Hotel Market Forecast, Frankfurt’s RevPAR is projected to drop between 1 percent and 4 percent during 2009 compared with the previous year. The decline is mainly the result of falls in occupancy. This forecast is considerably more optimistic than some other German cities. For example, Berlin’s RevPAR is expected to fall between 10 percent and 15 percent over the same period. The Hotel Market Forecast models performance using around 300 economic indicators including local drivers for each market. Because the economic climate is changing so quickly, the Hotel Market Forecast is updated with projections each month, enabling subscribers to keep an eye on specific upcoming conditions.
——-