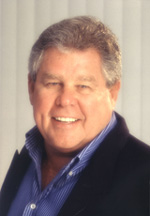 The aviation industry has been in poor shape since the tragedy of 9/11, since then it has really failed to take off and regain its original turnover. Recently Delta felt the pinch as fuel charges rocketed to sky-high prices. Now the regional carrier Air Jamaica Express is announcing that it must suspend operations as of Oct. 14. A statement issued by the airline indicated “diminishing returns” which result in poor prospects for “viable operation.”

Butch Stewart is the major shareholder of the airline, which up until last Dec. was run by Air Jamaica in turn owned by Stewart’s AJAG Group. AJAG pulled out of the venture leaving Air Jamaica in the hands of the government. One of the biggest down falls for Air Jamaica Express was certainly increases in fuel charges.

Air Jamaica Express was a key player in connecting islands via the usage of Dash 8-100 aircraft.

Speaking to Travel Weekly Leo Lambert, group communications director, Sandals and Beaches Resorts, suggested that there was a chance “of new things to emerge,” leaving the door open for the suspension to be just that.
——-