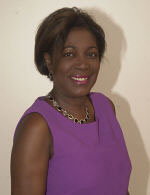 Two weeks after her inauguration as the first female President of the Caribbean Hotel Association (CHA), Mrs. Berthia Parle, MBE, captured the attention of the CARICOM Heads of Government at their 25th regular meeting on July 5th, 2004 in Grenada, with a short, straightforward presentation. She presented some of the most meaningful results from the recently released WTTC Report on the impact of travel and tourism in the Caribbean highlighting the importance of tourism for the region, and concluded her address by imploring the CARICOM leaders to “consider our request for an Annual Tourism Congress with all Heads of Government, Ministers and Directors of Tourism, and private sector leaders, to discuss and consider key policy recommendations and actions to advance our mutual interest in tourism.”

The discussion on travel and tourism - which was slated to last ten minutes - went on for close to an hour. “We are thrilled to have triggered the interest of the CARICOM Heads of Government, and we will strive to increase it to the levels deserved by this major industry,” said Mrs. Parle. “The importance of travel and tourism to the Caribbean is indisputable, although the industry’s potential is a long way from being fully tapped,” she added.

In her inauguration speech, given on June 16, 2004 at the Wyndham el Conquistador in Puerto Rico, at the annual Caribbean Hospitality Industry Conference (CHIC), Mrs. Parle, MBE, had insisted that the tourism industry “must work very closely with all [their] partners in the public sector, for it is [the Caribbean’s] governments, who are ultimately challenged with the responsibility of managing the industry and [the region’s] economies.” True to her word, Mrs. Parle has already made significant progress in keeping her promises.