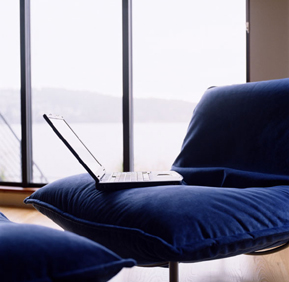 Arc Communications, Inc. and RoomLinX, Inc.
announced today they have
completed a merger between the two companies, receiving ARC shareholder
approval at a meeting on Friday, June 25, 2004. The combined entity, to be
called RoomLinX, Inc. will adopt and expand the RoomLinX business
strategy. As a result of the transaction, RoomLinX is now listed on the
Nasdaq OTC under Arc’s symbol and has applied for a new ticker symbol.

With the completion of this merger, RoomLinX will move forward with its
growth strategy including plans for value added services and an expansion
into new markets. RoomLinX will consider strategic M & A opportunities to
further industry leadership. In an earlier release about the merger, Aaron
Dobrinsky, CEO of RoomLinX, outlined the corporate strategy, “We look
forward to operating RoomLinX as a public company, servicing the
hospitality industry ... we will aggressively target new properties and
will offer existing clients an expanded line of services such as IP
telephony. We will also reach beyond the hotel industry to offer
high-speed wireless services to ... convention centers, extended stay and
time-share properties as well as schools and Universities.”

As indicated previously, the merged company will be led by wireless
industry veterans Aaron Dobrinsky as CEO and Frank Elenio as CFO. The two
will also become Directors, joining Robert Lunde, Peter Bordes and Herb
Hunt on the Company’s board. Lunde was a co-founder of RoomLinX in 1999
and became a director and Chairman in February 2001. Peter Bordes, an
owner of Greater Media, Inc. and Chairman of the Board of Directors of
Empire Media, a diversified media group, joined the ARC board as Chairman
in 2002 and will continue as such after the companies merge. Herb Hunt,
who owns H.I. Hunt & Company, a leading financial services search firm,
joined the RoomLinX board in 2000.

RoomLinX currently provides high-speed wireless services to hotels and
conference centers throughout the US. In recent filings with the SEC,
RoomLinX reported providing services to more than 14,000 rooms in more
than 55 locations as of the end of March 2004. The Company conducts site
surveys and custom-designs networks for each property, installing services
within days. RoomLinX offers 24 X 7 customer support as well as network
monitoring and troubleshooting.
——-