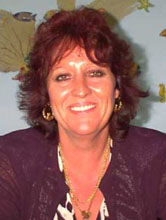 Barbados-based non-governmental organisation, Counterpart Caribbean and its international affiliate, Counterpart International are both saluting Barbados hotel Casuarina Beach Club for capturing one of four prestigious 2004 World Legacy awards in sustainable tourism, presented by Queen Noor of Jordan at National Geographic Society headquarters in Washington, D.C. Tuesday night.
The Casuarina Beach Club in Barbados topped this year’s Hotels and Resorts category ahead of Turtle Island in Fiji, which helps sustain the environment, language, and traditions of local Yassawa islanders; and Voyages Hotels and Resorts in Australia, which offers adventures into local rain forests, seas, deserts, and flood lands, while helping Aboriginal communities develop their own tour businesses.

“When the owners originally built Casuarina in 1981,” said environmental manager Loreto Duffy-Mayers, “a lot of people thought they were totally crazy because they built in what was called the Dover Woods. Now we have a virtual garden of Eden.”  No two guest rooms are decorated alike and the resort supports local artisans and educates guests and local communities about conserving the natural environment. Staff and communities, including the young children of Barbados, are taught to “reduce, reuse, recycle, and rethink!”

Lelei LeLaulu, president of Counterpart International, which organizes the Caribbean Media Exchange on Sustainable Tourism (CMEx), said that the Caribbean region should now “recycle the successes of Casuarina, reuse the lessons it has taught us about the viability of being green, and rethink the importance to the region’s economy of dedicated and intelligent individuals in the hotel industry”.

He also said Governments should “reduce” the heavy incidence of taxation on the land-based sector so the benefits of tourism can have a stronger positive impact on regional poverty reduction efforts.

Dr. Basil Springer, Chairman of Counterpart Caribbean, said it is particularly gratifying to hear of the success of Casuarina Beach Club whose staff has spent a lot of time and effort in developing the linkage between tourism and the environment.

“They have been one of the staunch supporters of Counterpart Caribbean and our efforts to promote sustainable development in the region and beyond. Congratulations in particular to Loreto Duffy-Mayers and her green team in this magnificent regional performance,” said Dr. Springer, who learned of the hotel’s success on Wednesday evening’s television news in Bridgetown.

Casuarina has won several awards for its environmental endeavours and is only one of two hotels in the Caribbean Hotel Association’s Green Hall of Fame. The Hotel also won the Caribbean Tourism Organization “Sustainable Tourism Award” in 2003. Casuarina was awarded the Minister of Tourism award for “The Most Socially Responsible Tourism Organization” in 2003, as well as the Barbados Hotel and Tourism Association’s Best “A” Class Hotel.
——-