Legendary Jamaican recording artiste and songwriter, Half Pint and Vincentian entertainer, Kevin Lyttle, are among a number of renowned regional performers scheduled to thrill New Yorkers and the Caribbean community during the weeklong celebration of Caribbean culture, taking place from May 31 to June 5, 2004. 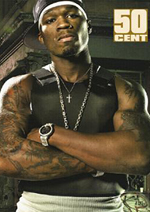 Half Pint, who is to tour Brazil next month with renowned American rhythm-and-blues diva, Alicia Keys, is famous for reggae hits such as Greetings, The Vibes which was featured in the 1999 movie Boukie in France and Substitute Lover, which was the soundtrack for the movie Substitute 2 in 1997. Kevin Lyttle, a soca artiste best known for his sizzling single, Turn Me On, has shared the stage with multi-platinum stars such as 50 Cent, Busta Rhymes, Lil’ Kim and Fabolous.

“With top-notch acts such as Half Pint and Kevin Lyttle, New York City is in for a real treat this year as a host of the Caribbean’s top performers will be providing the musical backdrop for various events throughout Caribbean Week,” said Hugh Riley, CTO’s director of marketing for the Americas. “The forecast calls for a certain tropical breeze to sweep New York City throughout the first week of June.”

New R&B artist, DIA, will join Half Pint on stage at the Caribbean Fair to perform a remake of “Winsome,” Half Pint’s 1983 break-through hit.
——-