The future of international travel and tourism came under the spotlight on the Global Stage at the 2022 edition of Arabian Travel Market (ATM).

During a session entitled ‘Airlines evolving for the future’, hosted by John Strickland, Director, JLS Consulting, Adel Abdullah Al Ali, Board Member and Group Chief Executive Officer, Air Arabia and Tony Douglas, Group Chief Executive Officer, Etihad Aviation Group, shared insights from the COVID pandemic and the strategies they are adopting as the world emerges from the unprecedented challenges of recent years. 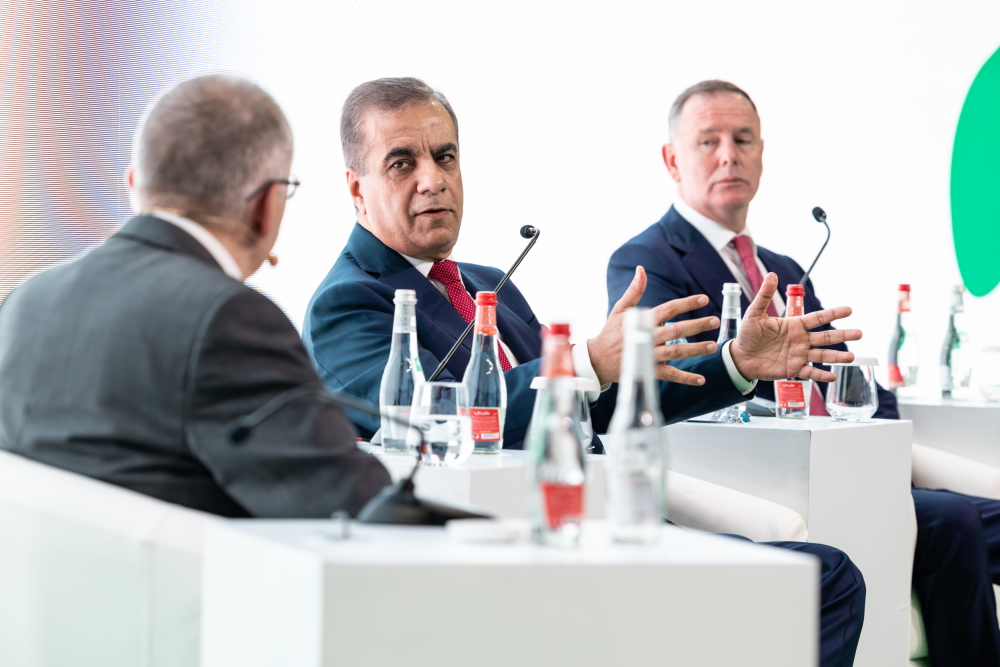 The discussion at ATM followed a successful partnership between the two UAE airlines in July 2020, which saw the launch of Air Arabia Abu Dhabi. Opening the session, Al Ali said: “It has been a difficult two years, but I believe as an industry, we have adapted to meet those challenges. The period also forced the airline industry to reflect on what was working and what wasn’t. In our case, this has led to an even greater focus on efficiency.”

Air Arabia achieved profits across each quarter of 2021, with the codeshare agreement with Etihad Airways playing a major role in its success. The airline has recently launched 44 new routes and is preparing to take two new airlines to the skies this summer with ‘Fly Jinnah’ in Pakistan, and ‘Fly Arna’ in Armenia. Air Arabia’s 60-strong fleet is expected to triple in the coming months with 120 aircraft on order and a goal of 160-200 planes by the year 2030. Despite this planned expansion, Al Ali remains firmly focused on efficiency, “Our philosophy has been that size doesn’t matter to Air Arabia, profitability does.’’ 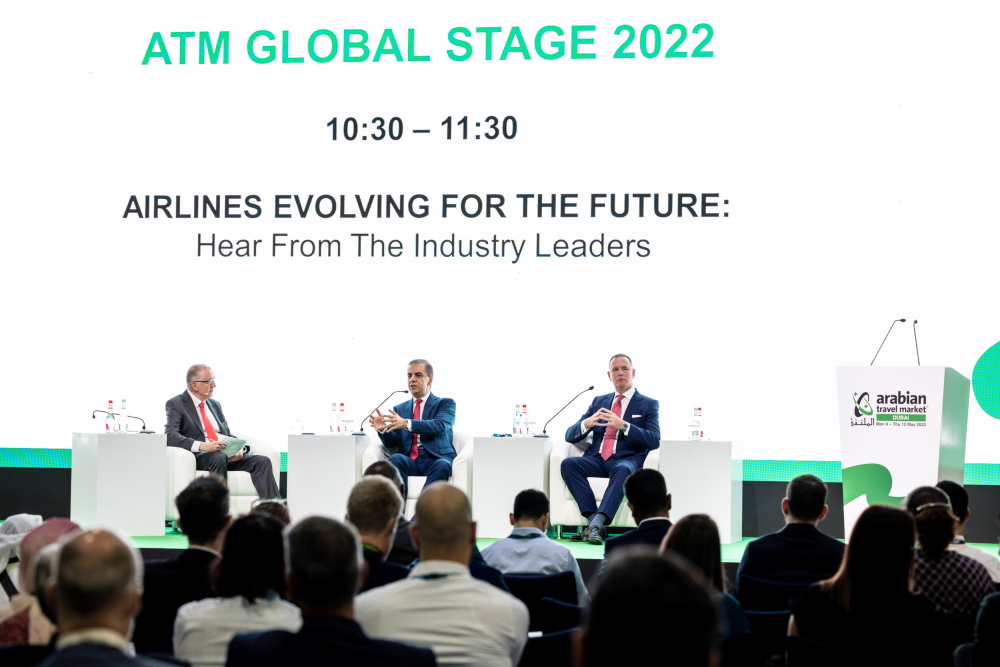 Douglas echoed this sentiment: “Leading up to 2017, Etihad Airways was heavily focused on accelerated growth leading to the airline becoming overstretched. Big is not necessarily beautiful and what you can commercially sustain from a profitability point of view is the name of the game moving forward.”

When Douglas took the reins at Etihad Airways in 2017, he kick-started a radical restructuring which aimed to create an airline where the fleet was driven by the network, rather than the network being driven by the fleet. This formula proved to be a success, and Etihad achieved its best ever performance in Q1 2020. Around this period, and as the pandemic hit, the airline reduced its fleet size. This strategy, along with the partnership with Air Arabia has proved fruitful, signalling a new era for the airline.

In Q1 2022, performance for Etihad Airways was $272.2 million EBITDA and the carrier is expanding its fleet with new deliveries of the Airbus A350 and the Boeing 787-9 Dreamliner - representing a new generation of aircraft which offer a more environmentally sustainable mode of travel.

“The sustainability challenge for aviation will be around for generations to come and the physics of flight doesn’t represent an easy answer any time soon. The new airliners are poster children to demonstrate what is feasible and achievable today. To really make an impact, airlines, governments, manufacturers, regulators and policy makers – as well as consumers - need to work together to make a significant environmental impact.

The Airbus A350 and the Boeing 787-9 bring up to 25% more fuel efficiency than their predecessors and recent ‘sustainability flights’ conducted by Etihad showed savings of 40 minutes of flight time and six tonnes of C02 on the 6.5-hour flight sector. Etihad has also been working with corporations on a green loyalty programme, ‘Conscious Choices’ where companies can offset their carbon footprint against environmental initiatives.  At ATM 2022, Etihad is showcasing the interiors of the A350, which includes an all-new F&B proposition that focuses on reducing single use plastics by 80%.

Both airlines are looking to the future with optimism. “It’s great to be getting back to normality and my experience at ATM 2022 so far has shown a huge pent-up demand for travel”, said Douglas. Al Ali added, “While higher fuel prices represent an obvious challenge, we expect the demand for travel in this region to remain strong and are hopeful for the future.”