Saudi Arabia is participating the Arabian Travel Market in Dubai.

Now in its 26th year, the event runs until May 1st at the Dubai International Convention & Exhibition Centre in the United Arab Emirates.

The participation of the kingdom, which is organised by the Saudi Commission for Tourism & National Heritage, is aimed at acquainting specialists in Arab and international travel with the developmental steps the Saudi tourism industry has taken.

The Saudi delegation is led by his excellency Ahmad Al-Khateeb, the newly appointed president of the Saudi Commission for Tourism & National Heritage.

He has over 25 years in the financial services and investment sectors, and has particular expertise in establishing, managing and restructuring government and corporate entities.

Al-Khateeb is a former adviser to the royal court, was the minister of health between 2014 and 2016, and served as the chairman for the Saudi stock company established in 2006, Jadwa Investment.

He has 23 years of experience in banking.

In 1992, he joined Riyad Bank, working in various departments for 11 years and helping to establish the customer investment department.

In 2003, Al-Khateeb joined Saudi British Bank and participated in the establishment of Islamic Banking (Amanah).

Al-Khateeb received his BA in business administration from King Saud University in Saudi Arabia, and subsequently a diploma in wealth management from Dalhousie University in Canada. 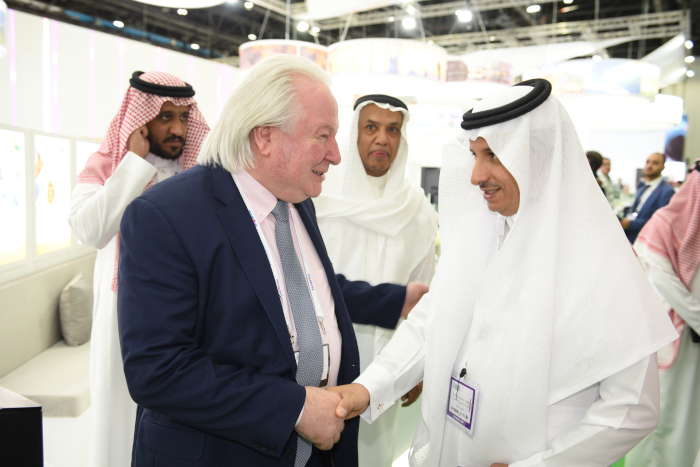 On the agenda for Saudi tourism at Arabian Travel Market are the mega projects that are being developed across the country.

There is also a focus on the support the leadership of the kingdom is offering in implementing its comprehensive national vision for the tourism sector.

There has been an increased focus on the sector of late, with Saudi Arabia seeking to develop its natural resources and diversify away from the oil industry.

Arabian Travel Market is important for offering a first-hand look at advanced expertise in the tourism sector.

The event is considered an annual opportunity to promote tourist products, services and destination in the kingdom of Saudi Arabia and the investment opportunities available.

It contributes, at the same time, to building up fruitful and constructive relations between national tourist companies and their peers of various counties.

This year, the Saudi pavilion witnesses the participation of more than 60 institutions related to the tourism sector, including the mega tourist projects that the kingdom had announced, including Neom, the Red Sea, Amaala and the Dariya city gate.

The Saudi pavilion also includes technical presentations, movies about the mega tourist projects and Saudi sites that are registered at the UNESCO list.

Arabian Travel Market is an international event for the travel sector in the Middle East and is annually held over four days.

The exhibition welcomes more than 40,000 visitors from in the travel sector, as well as government officials and representatives of international media outlets, with the aim of communication and exploring the most recent trends in the tourism sector.