The omens for Diego Maradona and his Argentine team are looking good after soccer mad Miss Argentina saw off the likes of Miss Brazil and Miss Germany at the “Miss World Penalty Shootout” in Johannesburg.

Argentine beauty Mae Screlkove beat Africa’s gorgeous representative, Mimi Areme, from Ghana 1-0 in the final in front of a crowd of more than 200 international media.

To reach the final the sure-footed Miss Argentina swept aside her German colleague in the quarter finals (1-0), then Spain (2-1) in the semi-final before her victory against Miss Ghana (1-0).

“I am very satisfied to win this trophy which is a good sign for me and for my country during this period of the 2010 World Cup. I hope that I win the Miss World contest which will be held in Vietnmam in October, and that our team will be world champion,” said Mae Screlkove. 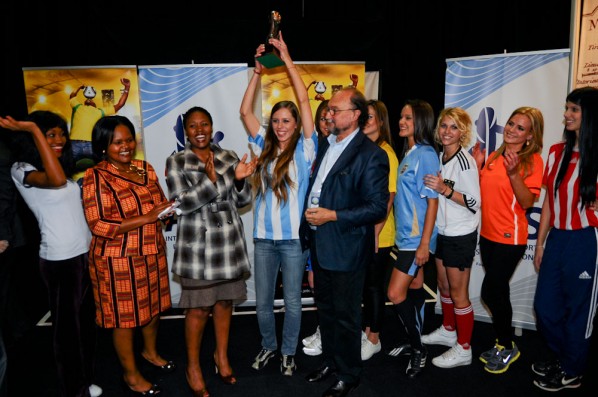 Before the goal contest the various candidates gave their insight on the World Cup and their various favourites for the conquest of the trophy and were interviewed by Mr Fernando Nurnburg Zambrano (Bolivia), a member of the AIPS Football Commission and Ms Aya Elisabeth Goli (Ivory Coast), President of the Union of African Women Sports Reporters.

Tony Prince of World Sport Destination Expo addressed the audience of over 200 sports journalists covering the World Cup about the economic impact of sports tourism and the importance of countries who host sporting events to maximise these opportunities to showcase their destinations to the huge audience of international visitors. 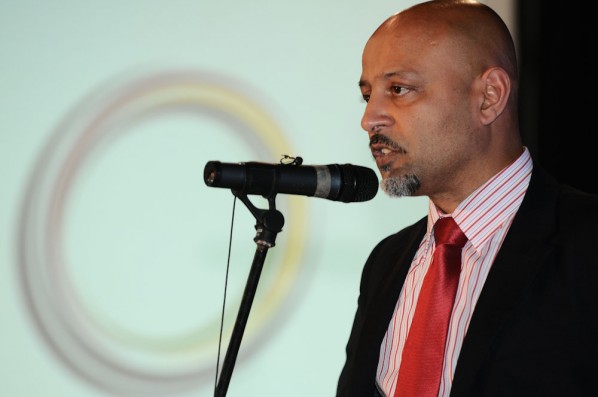 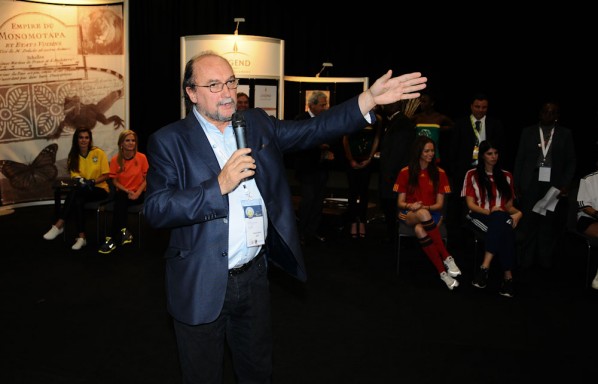 (Gianni Merlo, President, AIPS makes an address to an audience of over 200 international sports journalists)

FIFA Director of Communications and Public Affairs, Nicolas Maingot, told the media his favourite moment of the 2010 edition of the World Cup has been the opening ceremony and the very first match – South Africa v Mexico. He also said how happy he was to attend the Miss World Penalty Shootout, which provided a lighter moment during the heavy World Cup schedule.

AIPS President Gianni Merlo highlighted the good work done for the media by FIFA and the local organising committee throughout the World Cup. 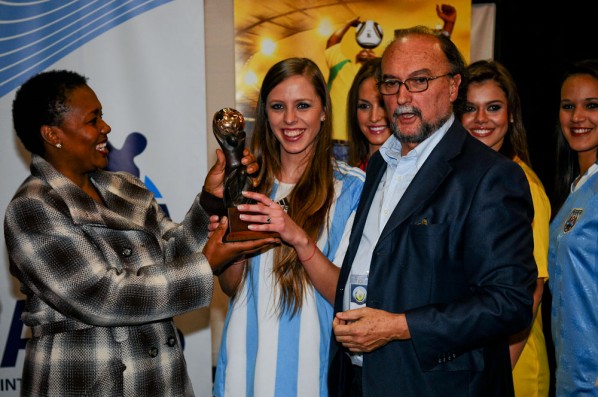