After a year of seemingly perennial crisis the leaders of the global tourism industry have been taking stock at the annual Global Travel & Tourism Summit in Beijing.

As the World Travel & Tourism Council (WTTC) hosted event enters its second day, leaders from Asia, Europe and North America have been offering a cautiously optimistic analysis of recent events, while suggesting 2010 may mark a turning point for the industry.

Opening proceedings WTTC president Jean-Claude Baumgarten stated: “A lot has been said about the challenges we face, but our goal here is to discuss how the sector can play the role it needs and deserves in bringing about the recovery.”

There is nothing cautious about the optimism on display from hosts Beijing, however, with the Chinese economic boom robustly defying the global downturn. 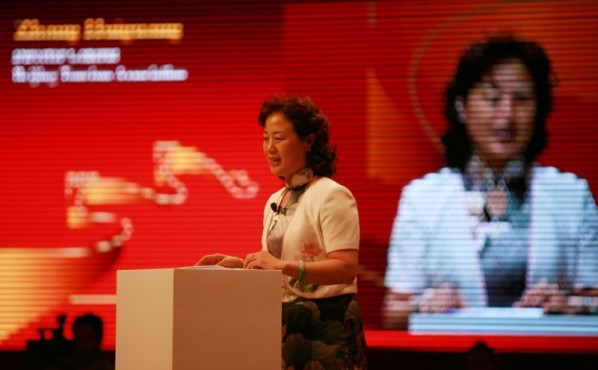 “On the other hand, the promotion of international prestige and the very fast increase of people’s income in the country have both created the favourable conditions for the accelerated development of China’s tourism industry.”

These sentiments were echoed by Shao Qiew, chairman to the China National Tourism Association (CNTA), who expounded the ability of tourism to recover quickly from the global downturn.

“Tourism has its frailties,” he explained, “but recovery is rapid in tourism industry. We saw this after SARS and will have again after the global economic slump.

“Tourism has tremendous potential to contribute to the recovery around the world.”

Mr Qiew went on to explain China saw visitors numbers increase from 110 million to 130 million between 2004 and 2008, with the World Tourism Organisation now predicting the country will be the world’s largest receiving nation for inbound tourism and the fourth largest source of outbound tourism by 2015.

Despite the resurgent optimism among delegates, challenges remain manifold.

Thailand, for example, has seen visitor numbers slump as Red Shirt demonstrators occupy the streets of Bangkok, North and South Korea are once again threatening war and an oil slick off the south coast of the United States threatens holiday hotspots in the US and Caribbean

A spate of plane crashes – including incidents at Mangalore, India, Salang, Afghanistan and Tripoli, Libya – have also all taken a toll on travellers willingness to venture abroad. 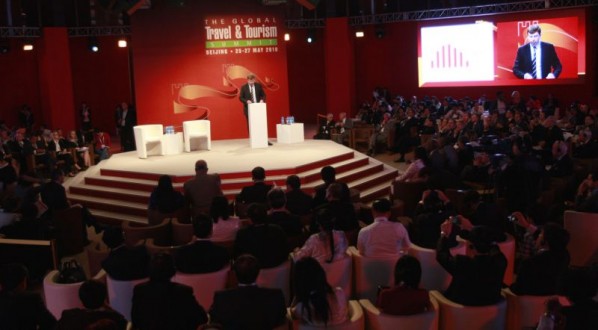 Adrian Cooper outlines the dangers to tourism around the world

However, perhaps the greatest problem facing the tourism industry in 2010 is volcanic ash.

Addressing the audience at the Beijing Convention Centre, Adrian Cooper, of WTTC research partner Oxford Economics, estimated the closure of airspace as a result of the eruptions in Iceland had cost $5 billion to date.

This includes not only direct losses incurred by aviation operators, but also productivity losses to the global economy, as well as the fall in revenue recorded by destinations around the world.

More than 1,100 domestic and overseas delegates are expected to attend the annual summit, which is this year is entitled World’s Leading Industry - Reaching New Frontiers.