The spectacular Saxon Boutique Hotel, Villas and Spa in Johannesburg has been connecting with its trade partners in key markets following a recent trade mission to the US.

George Cohen, managing director of The Saxon Boutique Hotel, Villas and Spa, recently travelled to New York City and hosted a VIP dinner at the exclusive Stanford Suite inside The Lambs Club at The Chatwal Hotel.

“This was a great opportunity to introduce Mr. George Cohen to our top partners and friends in the travel industry”, Monica Chandra – USA Director of Sales for The Saxon Hotels.

The award winning Saxon, named World’s Leading Boutique Hotel by the World Travel Awards, continues to innovate in all areas including cuisine, health and wellbeing and technology. 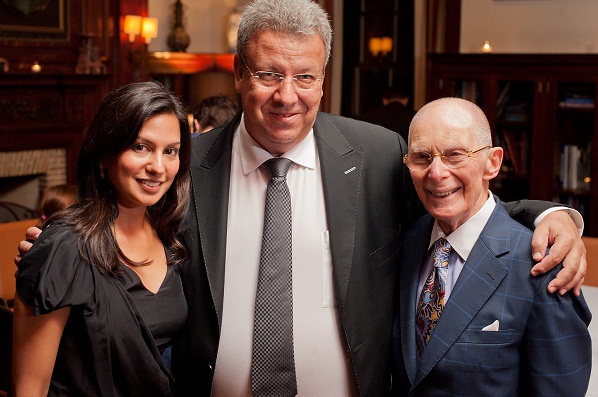 In recent months, the Saxon has repositioned itself as a hotel that offers one of the ‘most exceptional dining experience’ in Johannesburg’ with the recent appointment of multi award-winning Chef, David Higgs as the Executive Chef.

“We are delighted to have David Higgs as the hotel’s new Executive Chef,” says George Cohen.

“As food and wine trends continue to evolve, and as one of Johannesburg’s most prestigious luxury establishments, it is essential that we offer the absolute best to our valued guests. David’s appointment is vital in the future vision for the hotel.” 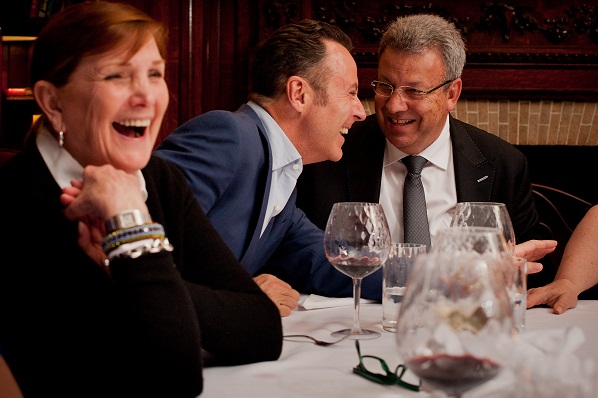 Just two months since his appointment, David has redesigned the entire food and drinks menu at the Saxon with a focus on flavour, aesthetics and warmth. Commenting on his new creation he explained: “The objective of the new menus at The Saxon will be to entice guests; not only from a flavour point of view, but also that they should return, knowing they will always be personally welcomed.”

Saxon recently unveiled its latest spa treatment which incorporates the use of gongs, cymbals and Tibetan singing bowls and uses the vibration of sounds to balance and restore the body’s natural energy centres.

While the sounds waves work on the chakras, the logical mind is silenced in the alpha or theta mind state.

The treatment is performed on a heated water bed with built-in colour therapy that enhances its effectiveness, rebalancing the flow of natural energy. 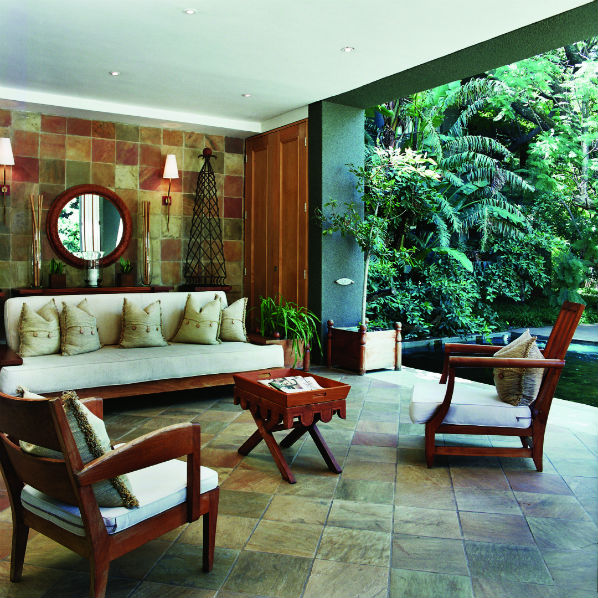 Saxon has remained ahead of its game when it comes to the online arena.

It was one of the first hotel groups to tap into mobile and virtual technology with the launch of its websites that enable potential guests to explore the exclusive property before they get there.

www.virtual-saxon.com offers a range of spectacular videos and virtual tours of key locations around the property. From guest rooms to bars and restaurants, users can take a peek at some of the exclusive services available.

Meanwhile travellers on the go can also access the Saxon on thesaxon.mobi, a sophisticated mobile website which serves the growing demand for information and travel planning on the move. 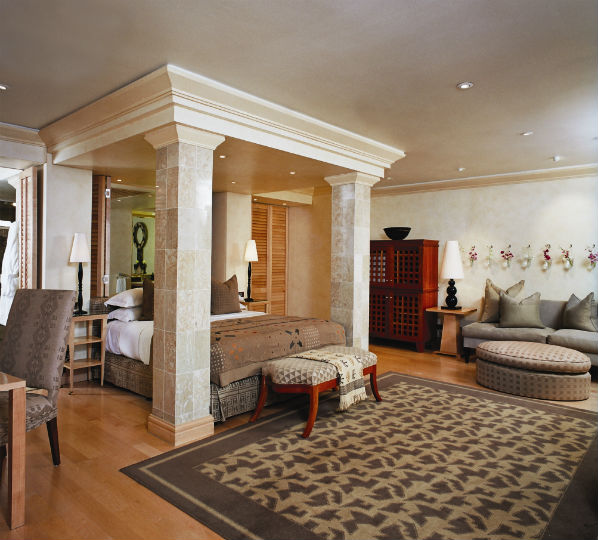 Thesaxon.mobi, developed by World Mobi, is quick and easy to access, with no need to register or log in.

Users can search and browse services and facilities at The Saxon, or they can book online. This means that both leisure and business travellers can plan and book their trips whilst on the move.

As smartphone and tablet users continue to increase, research suggests that travellers are increasingly demanding the option to research their travel plans from mobile devices.

According to an infographic from Microsoft Tag, over 1 billion of the world’s 4+ billion mobiles phones are now smartphones. In 2014, mobile internet usage is expected to overtake desktop internet usage and already in 2011, more than 50% of all “local” searches are done from a mobile device.

Other travel companies who have recently tapped into the mobile market include Sandals, Legend Lodges and Grosvenor House.