Jamaica’s golfing scene is guaranteed to impress even the most jaded golfing enthusiasts. Montego Bay is home to the country’s best courses, luring guests with the promise of rum punches under swaying palms with ravishing tropical backdrops.

Maintaining its position as a leading golfing destination, Jamaica - already renowned for its diversified tourism product - now offers more championship courses than any other Caribbean destination, with picturesque courses that don’t compromise on challenge.

Contributing to Jamaica’s recent surge in tourism, legendary golfing courses accross the island have attracted holidaymakers and golfing enthusiasts from all over the world. 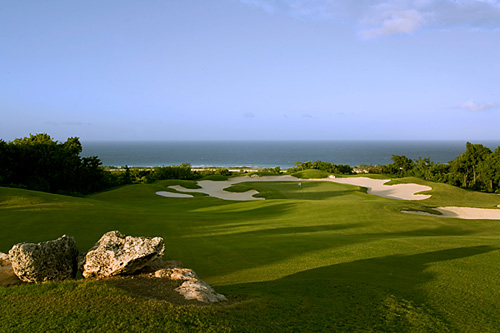 Over to the west is the former Johnny Walker venue at Tryall Club, long considered one of the Caribbean’s finest courses. This year it was nominated for Jamaica’s Leading Golf Resort by the World Travel Awards.

The Robert von Hagge/Rick Baril creation debuted in 2000 as the main attraction of the Ritz-Carlton Rose Hall near Montego Bay.

In recent years, Jamaica has been officially recognised as a world-class golfing destination, as evidenced by the fact that Jamaica was named the premiere golf destination for the Caribbean and Latin America during the International Golf Travel Market (IGTM) in 2009.

Meanwhile, adding even more impetus to its status as a golfing hub, in recent years a growing of resorts that offer top golfing facilities have been nominated by the World Travel Awards.

At the World Travel Awards Caribbean & The Americas gala ceremony set to place in Jamaica on Wednesday 19 October, some of the leading lights of the golfing world will be present to find out which of Jamaica’s prestigious properties will take home an accolade for ‘Jamaica’s Leading Golf Resort’.

As a member of the Rose Hall Golf Association guests have access to 54 holes of the finest championship golf in the Caribbean. Along with the property’s award winning Cinnamon Hill Golf Course, guests can also tee off at the White Witch and Half Moon. 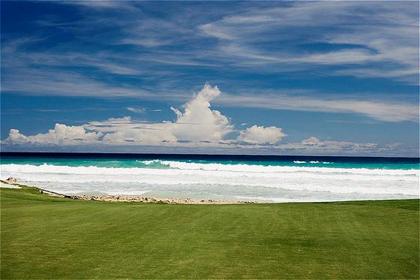 Sandals Golf & Country Club at Sandals Royal Plantation stretches out over a rolling landscape with sweeping views of the sea and mountains. Narrow fairways have been resurfaced with Bermuda grass while miniscule, dropoff greens have been rebuilt with Tifdwarf Bermuda grass for a beautifully manicured course. Guests staying at any of the six Sandals Resorts in Jamaica are welcome to play at this most scenic Country Club.

Sandals Resorts have also been nominated for three World Travel Awards this year including World’s Leading All Inclusive Company. The historic Tryall Course - nominated for Jamaica’s Leading Golf Resort by the World Travel Awards, is considered one of the finest tournament venues in the Caribbean. In recent years, the Tryall course has undergone a number of restorations with the addition of a second driving range and other practice facilities.

The 18-hole, 6221-yard, par 72 course was designed by Ralph Plummer, where the Johnny Walker World Championship was played in 1995, and is also known as the site of several international events hosted in the Caribbean such as the Mazda Champions and Jamaica Classic. 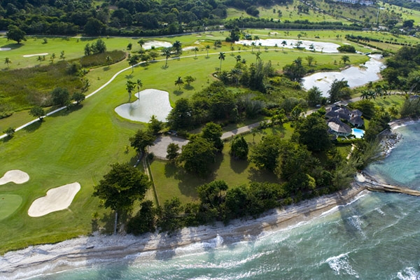 The golf course features great views of the Caribbean Sea, lush tropical foliage and the historic aqueduct from the memorable 7th hole. The course winds its way around the estate through the lush hills and palm groves down to a mile and half stretch of scenic coastlines.

Legend has it that Annee’s ghost still haunts the estate, creating an alluring mystique that has fascinated island natives and visitors for generations. The White Witch is considered one of the finest golf courses in the Caribbean, characterized by mountainous terrain, cool trade winds, colourful foliage and spectacular ocean views from 16 of its 18 holes. 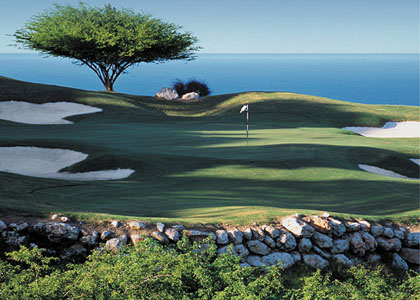 Golf Academy at the Half Moon Golf

Half Moon was a founding member of the Rose Hall Golf Association, a collection of Jamaica’s best championship courses located in the exclusive Rose Hall enclave. Golfers staying at Half Moon can also play at the Cinnamon Hill Golf Course and the White Witch Golf Course.

The Half Moon was nominated in 13 categories by this year’s World Travel Awards including Jamaica’s Leading Golf Resort. 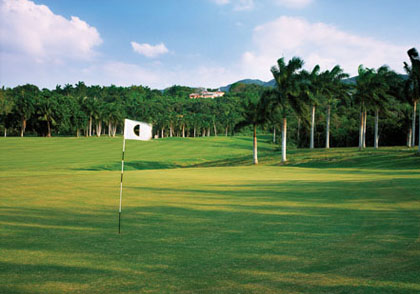 Golf at the Half Moon. a RockResort

A distinguished line-up of travel industry professionals, senior executives from renowned travel companies representing Caribbean & The America’s leading hotels, as well as media from 60 countries will gather at the luxurious Sandals Private Island in Montego Bay to find out who will take home the coveted awards.

The Caribbean & The Americas Ceremony marks the fifth and final leg of World Travel Awards 2011 Grand Tour, and follows heats in Dubai, UAE; Antalya, Turkey; Sharm El Sheikh, Egypt; and Bangkok, Thailand. Regional winners from these events then progress to the Grand Final in Doha, Qatar in November.

To find out what else is happening in Jamaica and Montego Bay, why not visit jamaica.city.mobi
or montegobay.mobi.