Auschwitz’s tours are very pleasant or common everyday experience for the average student on their educational journey. The purpose of this visit is deeper, because it is about evoking emotions and creating some sort of bond with those people, with what they experienced, with something that no longer exists.

How, then, can you imagine something better than by visiting this museum, where we have the living remains of those times? Can a place like Auschwitz convey anything? It seems that a visit with an experienced guide is more realistic and more dedicated than watching films in school classrooms. How can a museum that has been adapted to modern standards and facilities for tourists convey the extreme abnormality of the Holocaust? How should such a message be conveyed to students who have no in-depth knowledge of the subject? 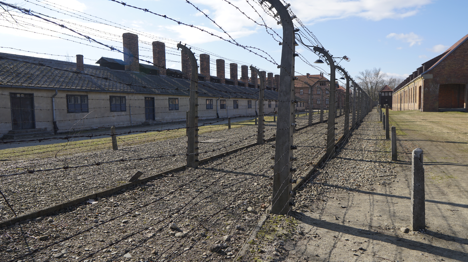 The very impression of normality can be evoked by the fact that there is a church nearby where people get married, people live in Oświęcim on a daily basis, and the city is still developing now. The very fact that the soldiers and SS men who managed the concentration camp also had their own families, and some were loving fathers to their children.

However, the essence of the Holocaust led to the fact that, according to their confessions, man was not equal to man.

An emotional response
Few young people who go on a school trip, or who decide to go to the Auschwitz Memorial on their own, have any idea of what they will see and what emotions they might experience there. Usually, when they have been intrigued by the history from films, books, or stories told by teachers at school, they have more fear before the visit than during and after visiting the grounds of the former concentration camp.

Therefore, those who prepare them beforehand for this difficult experience, should take advantage of the resources that are available on the Internet, and give the opportunity to “virtually” walk through the museum. In this way, it will be possible to set young people and their ideas about the Auschwitz camp concentration, not only because of how prisoners were murdered there, but also to familiarize them with everyday life in the camp and the suffering they went through.

Auschwitz is a former place of cruel violence where about 1.1 million people, including small children, died. Using the traces left behind, the students have to use their imagination in order to visualize how this happened.

No mercy for children
The misfortune that befell the children who were sent to Auschwitz seems almost unimaginable. They knew in advance that fate would lead them to death. All the little ones who were no longer fit for any work were immediately condemned to be killed in the gas chambers.

Only those who were over one meter twenty managed to be saved and, fortunately, survived to endure these torments. About 600 children, destined for suffocation, were kept in confinement. You could hear from far away how they cried and cried for rescue.

Who established the Museum and why?
To preserve the respect and memory of the prisoners of Auschwitz and to preserve the truth about the German crimes and accounts, committed in this area of Poland and beyond, that accompanied many of the victims already during their stay and hard labor in the camp. They felt a deep obligation to let the world know about this crime, and to let everything see the light of day was carried out in various ways.

German documents were stolen and hidden within the camp or given to Polish workers. Drawings were made, diaries were written, and everywhere people talked about the extermination of Jews and other workers in the gas chambers, describing the reality of camp life and the situation of prisoners who were forced into slave labor. 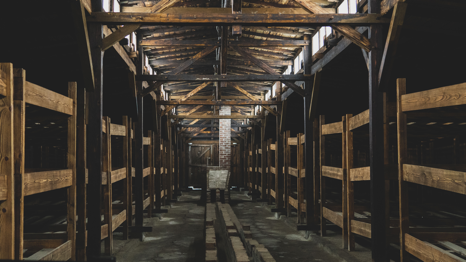 How far is it from Kraków to Auschwitz?
The Auschwitz-Birkenau Museum, the greatest symbol of the Holocaust, is located in Oswiecim - a town only about 60 kilometers west of Krakow. Auschwitz-Birkenau is the German name for the town as well as the name of the notorious Nazi concentration camp that was established there in the 1940s.

Today, the camp’s entrance gate with the characteristic sign “Arbeit macht frei” (“Work makes free”) is located about 2.5 kilometers from the center of Oswiecim.

If you are traveling alone, the best option would be to use the private pick up and drop off service from your hotel in the center of Krakow or Katowice, with your entrance ticket already booked and accompanied by an experienced guide, during the moving tour of the Auschwitz-Birkenau Memorial and Museum. If you want to use public transport, you can choose the option of getting to the Memorial by bus. The stop in Oswiecim is relatively close to the museum - it takes about 10 minutes to walk. Connections to Oświęcim/Auschwitz leave from the main train station, right next to Galeria Krakowska.