Caribbean entrepreneur John Jefferis is celebrating his 50th anniversary in the hospitality industry – one of just a select few hoteliers to reach the milestone.

Jefferis is the owner of Coco Reef - Bermuda, Coco Reef - Tobago and a number of other businesses in the Caribbean region, including Cuba.

He started his career as a 15-year-old pot washer at a fish and chip restaurant in London.

Today, he is the chairman and sole shareholder of the Palm Reef Hotel Development Company, Coco Reef Resorts, the Caribbean Construction Company and Island Resorts International.

He is also the chairman of Inflite Catering, which is an airline catering company with operations in both Bermuda and Tobago.

Jefferis studied at Birmingham University where he was awarded the Hotel & Catering Institute’s National Award for the top final year management student.

As a result of the award he was able to secure an internship at the Savoy Hotel in London.

He then moved to Bermuda where he was employed as junior assistant manager at the Belmont Hotel.

He was subsequently promoted to general manager at the Belmont and was the youngest person ever to hold that post.

Jefferis became managing director of the Elbow Beach Hotel & Development Company and a member of the board of directors.

During his tenure at Elbow Beach, he instituted a number of new concepts.

These included the installation of the first international toll-free reservation lines direct to the Island in 1984, the production of a much-celebrated Elbow Beach Promotional Film and the first sub-leasing of a hotel restaurant to a celebrity chef.

Whilst at Elbow Beach, Jefferis instituted the idea of adding a ‘resort levy’ to the guest’s bill.

This idea was subsequently copied by many other hotels in Bermuda.

Over the years, the resort levy has provided participating hotels with millions of dollars in much needed net revenue.

During his time at Elbow Beach, the hotel’s market share and reputation increased dramatically, making it one of Bermuda’s most successful and profitable hotels.

In 1991, Jefferis was responsible for the preparation, contracting and subsequent sale of Elbow Beach to a most distinguished wealthy investor.

The new owner invested substantial funds in the upgrading and complete renovation of Elbow Beach.

Jefferis managed the renovation and upgrading of the property, which was based on the interior design style of America’s finest luxury resorts.

He also obtained permission from the Bermuda cabinet for Elbow Beach to build and sell condominiums that were to be built on the hotel property. 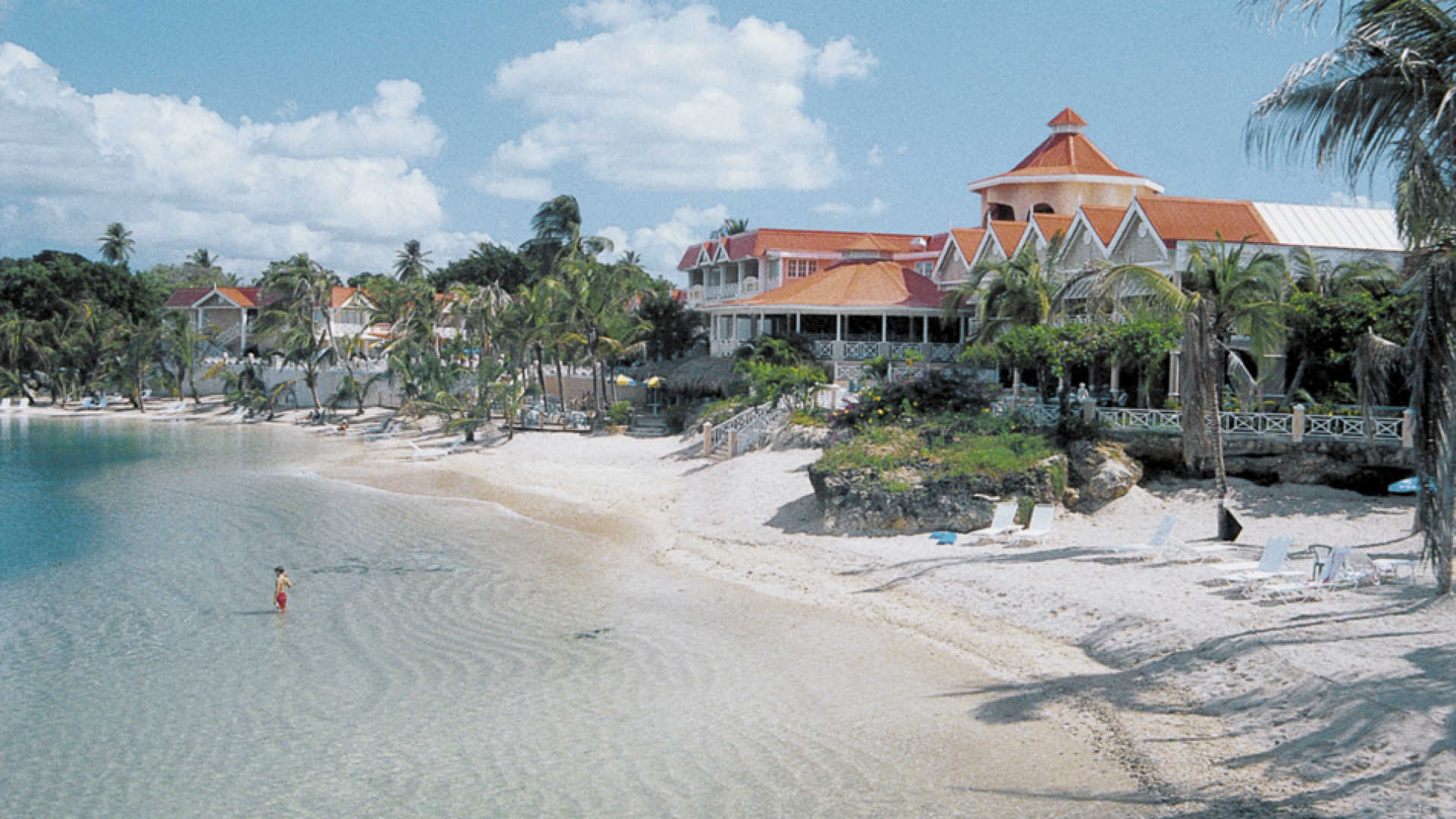 Jefferis was also the owner of Edgehill Manor, Roxy’s Night Club, and the Palm Reef Hotel, all of which he later sold.

He was the major shareholder in the Haley Corporation, which was for many years, Bermuda’s largest tour operator and provider of tourists.

While president of the organisation, Jefferis was the originator of the Crystal Palm Awards, a highly acclaimed gala dinner event held annually in London.

The Crystal Palm Awards were designed to recognise and reward excellence in the field of Caribbean tourism support in the UK and Europe, by tour operators, airlines, journalists and individuals.

During his presidency Jefferis visited nearly all of the Caribbean Association member islands.

During his speeches to the Island Hotel Associations his mantra was: “Without a vibrant and profitable hotel industry a country can never have a successful tourism industry.”

In 1992 Jefferis commenced the design, development plans, financing, and construction of the $82 million Coco Reef – Tobago which became one of the Caribbean’s most successful properties.

In 2002 he commenced construction of the first 200 seat Café Coco theme restaurant which is located about half a mile away from the Coco Reef Resort.

In 2003, Jefferis acquired the lease for the financially and physically challenged Stonington Beach Hotel in Paget.

After spending $14.3 million in additions, reconstruction, renovation and refurbishment, it was reopened as Coco Reef - Bermuda in 2004.

The reconstruction and renovation of the property included the construction of a new forty-foot-high, award-winning atrium lobby, a new terrace restaurant, new swimming pool terraces, and a French baroque style private dining room. 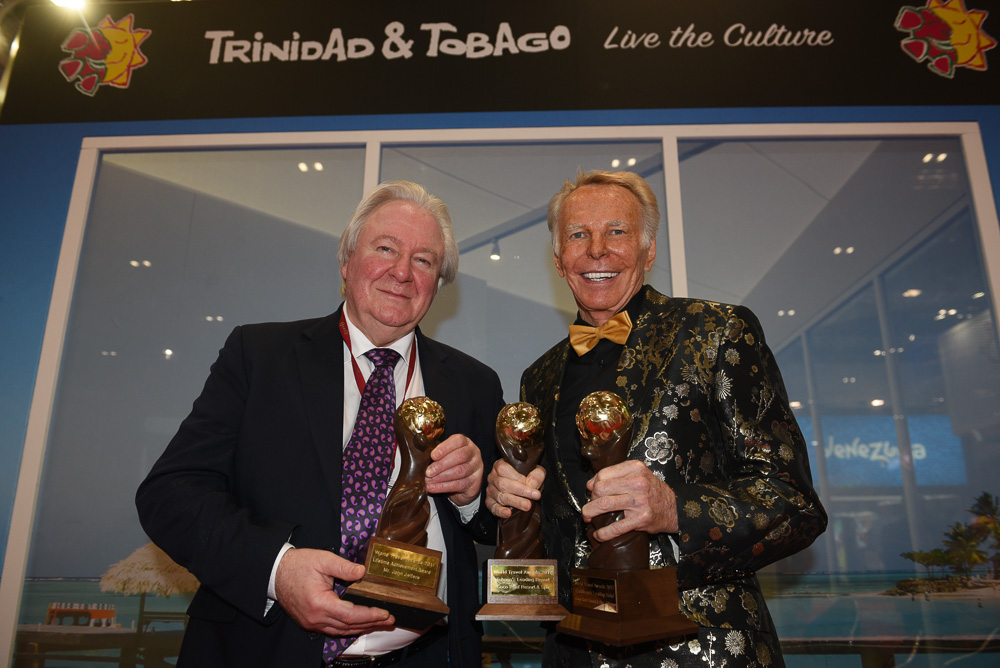 The Trinidad Hotels, Restaurants & Tourism Association inducted Jefferis into the Tourism Hall of Fame for 2015.

He is one of only two persons ever to be inducted.

Most recently, he was recognised with a Lifetime Achievement Award by the World Travel Awards.

At the same time, Coco Reef - Tobago has won the World Travel Award for the Caribbean’s Leading Hotel for the past 11 years.

An avid squash player, Jefferis was captain of the Bermuda Squash Racquets team.

In 1983 Bermuda was the winner of the Caribbean Squash Championship, held in Barbados.

He was a member of the Bermuda Tourism Board for many years during the glory days of tourism when C.V. Woolridge, Bermuda’s most celebrated and successful tourism minister, was in the role.

He worked on a number of tourism projects for the minister, including being a member of Woolridge’s committee that selected Bermuda’s most effective advertising agency.

In 2011 Jefferis was appointed deputy chairman of the Bermuda Tourism Board.

Reflecting on the past 50 years, Jefferis said: “Hotels are my first love and passion.

“I have enjoyed almost every minute of being in the hotel and associated businesses for the past fifty years.

“I have been really fortunate to have worked with some amazingly talented people over the years.

“People who have shared my passion and affection for the hotel business.

“I fell in love with Bermuda when I first arrived on the island and I am delighted to have used my knowledge and vision to make a small contribution to the tourism industry of this beautiful Island.”

On a personal note, Jefferis has been married seven times and has six children.

His youngest child, three-year-old Johnny Jr. is his only son.

Currently, Jefferis has a number of projects that he is working on including the construction of a Caribbean Fine Art Gallery, a 46-unit condominium and villa development at Coco Reef – Bermuda, the addition of nine luxury villas at Coco Reef -Tobago, and the acquisition of another hotel in the Caribbean.