It was purchased by the Guernsey government in 1796 and for generations played host to the lieutenant governor, the representative of the British crown in the bailiwick.

As such, it was the most prestigious address on the island, and remains so to this day.

It returned to private hands in the late eighteenth century, passing through generations of islanders with each adding their individual touches.

During the second world war, the OGH – as it is affectionately known by locals – became a soldatenheim (soldiers’ home) for non-commissioned German troops during the occupation of the island.

Again, in 1958, significant alterations were made, with the hotel enlarged and refurbished.

The sea-facing balcony suites were added at this time, while the Centenary Bar (today’s Brasserie restaurant) was also developed.

Acquired by The Travel Corporation-owned Red Carnation Hotel Collection in 2008, the property saw further investments to upgrade bathrooms and public areas, and is now the only five-star hotel on offer on the island.

As general manager, Andrew Chantrell, explains to Breaking Travel News: “The location opened as a hotel in 1858 – so there is a lot of history here.

“But we bought at a good time, there were significant investments we were able to make in order to lift the quality of the property in terms of refurbishment.

“We have an eclectic mix of hotels at Red Carnation, but each has a real connection to the heritage of its location.” 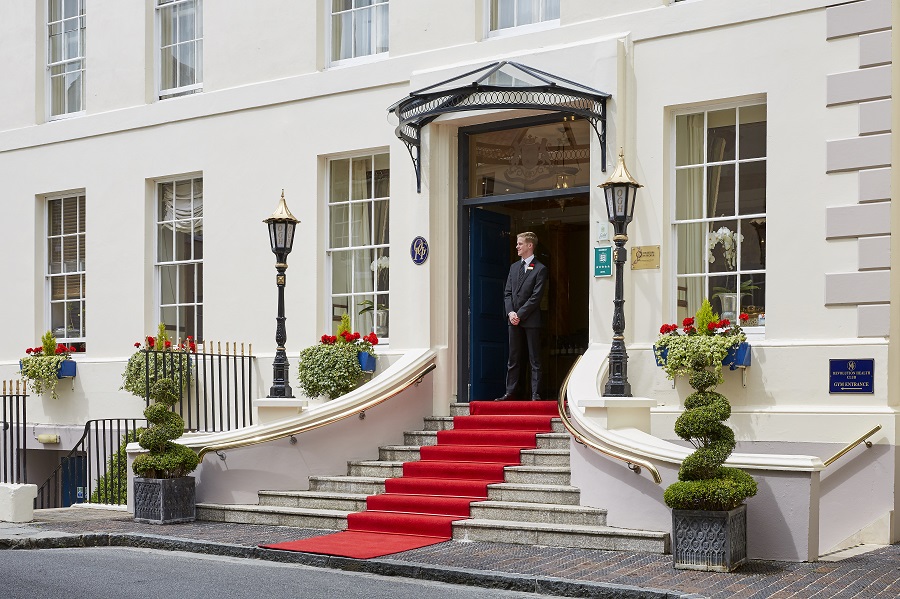 This storied history has left Red Carnation with a one-of-a-kind hotel.

On arrival, we are greeted by a sweeping staircase up to the lobby where the ever-courteous staff are ready to welcome us.

The feeling is of a quaint, country property away from the cares of the world.

But appearances can be misleading.

While there are only 62 rooms, the OGH spirals out in all directions; down below is the spa, with five treatment rooms, while there are also five well-equipped conference spacs, with the largest capable of hosting 150 guests.

The Curry Room joins The Brasserie in offering exciting cuisine, while outside the Olive Grove is the perfect place to enjoy the sun.

For drinks, The Crown Club is known as the most elegant cocktail lounge in town.

For history buffs, the Sir John Coward Lounge is home to the fine wrought iron gates which were originally made for the Mauritania, the Cunard vessel that plied her trade from 1906 to 1934.

This is not a seclude escape, but a thriving, bustling place, the real beating heart of the island. 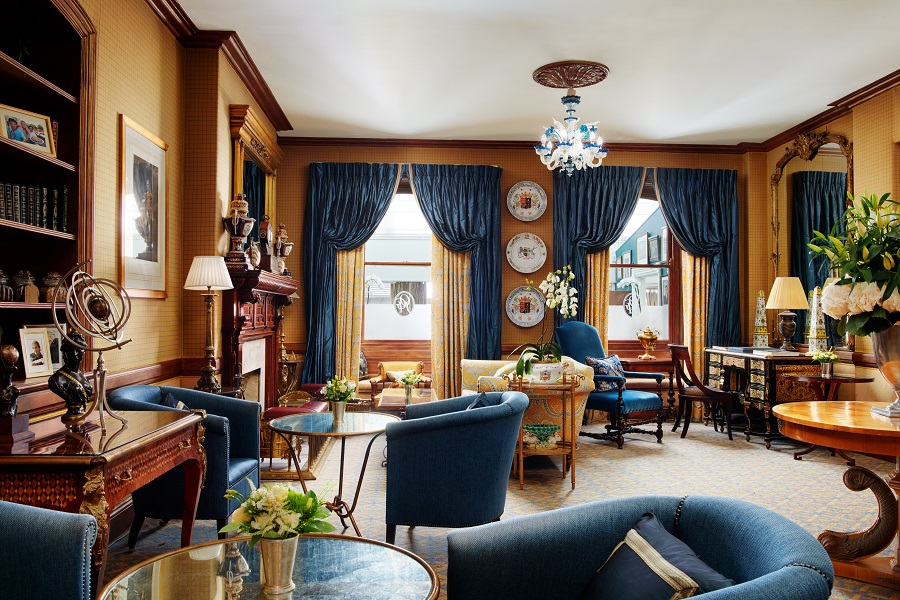 During our stay a wedding party was merrily celebrating, but there is a strong MICE element to the hotel as well.

As Chantrell explains: “We have a real split here, between business and leisure; in the summer months our clientele is very much holidaymakers, but the flipside is that we welcome a lot of corporate travellers from September through to the spring.

“We are right on the doorstep of the finance industry, the professional services sector – and this makes us a perfect location for those accounts.

“The two sectors do dovetail nicely, but there is space for more leisure in the winter.

He adds: “Our guests have some confidence in what they will see at a Red Carnation hotel, but each hotel is also allowed to be individual.

“Those local flourishes, those touches, are what people enjoy about the company.

“We do have that brand identity, but the area and environment we operate in is so important to the properties, and that really shines through.

“This compares well to others, where brand standards can dominate.

“For us, as the management team, there is a much greater chance for us to put our stamp on the hotel and show our personality.” 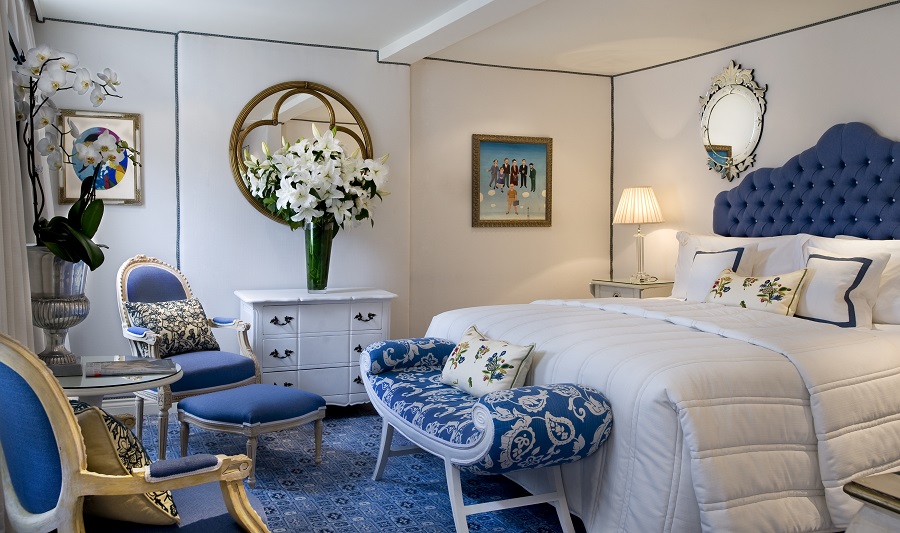 Upstairs, we are accommodated in a Classic Room.

Given its history, no two rooms at the OGH are the same, and indeed, few seem to be on the same level – the hotel wends and winds its way around, with myriad corridors heading off every which way.

Monogrammed linen adds a touch of class, while the views over the harbour below are worth the price alone.

Rooms have a real sense of character and feel like a home-from-home, something that has been lost in larger chain properties.

This uniqueness is what draws repeat guests to Red Carnation, with opportunities for savvy travellers to visit more than one location during a trip.

“There is a certainly a chance to work together with the other Red Carnation properties,” continues Chantrell.

“Guernsey is obviously quite a wealthy island, so our guests might use The Rubens at the Palace if they are travelling to Gatwick, located as it is right next to Victoria station.

“There is also a synergy with Summer Lodge in Dorset – the ferry connection from the island goes into Poole, which is close by.”

“Over the years, these are things we have tried to develop, to make more of it, to maximise the links we have with our sister properties.” 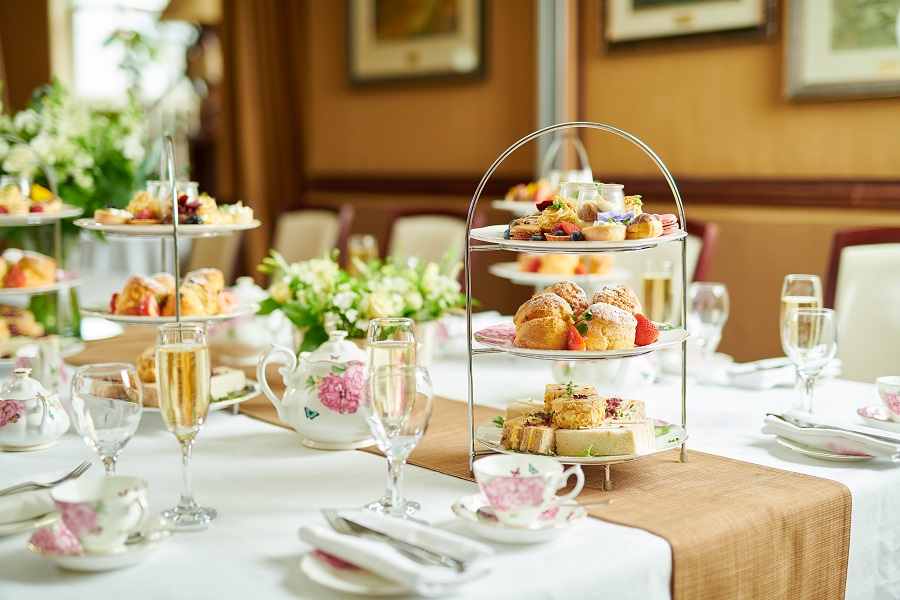 Chantrell adds: “We have had some good opportunities in recent years, not least with the release of the Guernsey Literary and Potato Peel Pie Society, which really got the name out there.

“But the distance can be hard to overcome, it is a small island, and a long way for American guests.

“We need to raise awareness of how close the island is, it is just an hour or so to fly.

“The mindset had previously been out of London, back to London; but we have tried to develop a tour starting in London, down the south-coast, over to Guernsey and then onward into France – there are a lot of opportunities there.

“The Normandy Beaches, for example, are easily accessible.” 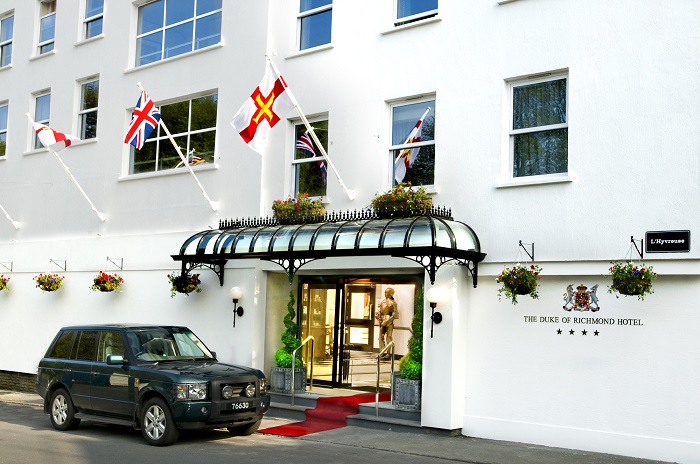 Red Carnation also benefits from a second property on the island, The Duke of Richmond, which is just a few moments walk away.

The four-star property is fractionally larger, and welcomes a slightly different clientele.

Chantrell continues: “The Duke of Richmond was added to the Red Carnation portfolio in 2011 and is a very different property to Old Government House.

“It is a much more modern property, build originally in the 1960s, but the site traces its origins as a lodging house a great deal further back than that.

“We closed the hotel for six months at the end of 2011 – which is quite rare for Red Carnation, as most refurbishment we do is usually piecemeal as we go along.

“It is less traditional, with a bit more pizzazz than the Old Government House, but this works well from a business perspective – it has been describe as ‘the OHG on steroids’.

“They have 73 rooms, so we can welcome those larger corporate accounts, with perhaps the executive level staying at the OGH, while more junior members can be well looked after at the Duke.”

He adds: “From an event capacity, we have can host 150 guests, while the Duke of Richmond can host 250 – so there is flexibility there for the larger gatherings.

“From London, Jonathan Raggett would see us as one property – and we certainly benefit from the economies of scale from running both hotels together, while we are also able to share staff between the two.” 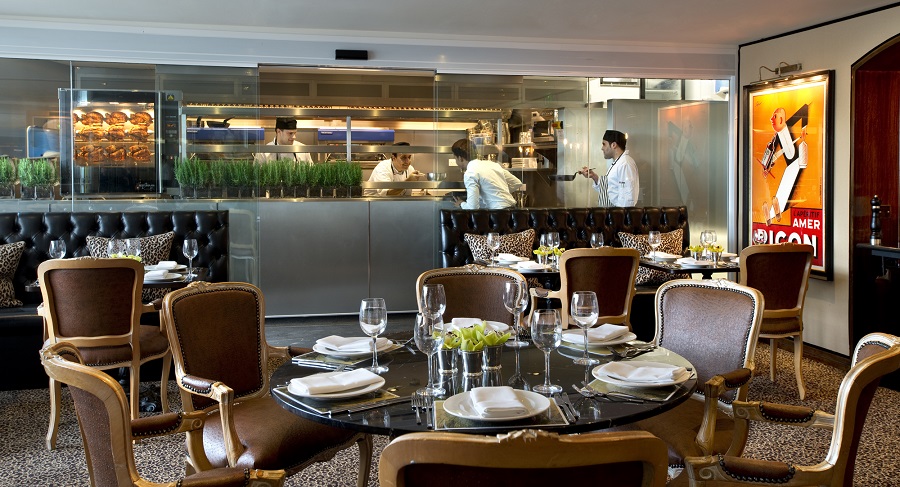 During our stay we had a moment to call in for lunch at The Duke of Richmond’s Leopard Bar & Restaurant to check out a menu combining a mixture of hearty, wholesome and imaginative dishes.

For Sunday lunch we were treated to what I can honestly say was the best roasts I have ever had, accompanied by a bottle of Walker Bay Pinot Noir from Red Carnation’s own cellars.

What better way to end our all-too-brief trip to the Channel Islands?

The Old Government House Hotel & Spa is the only five-star property in Guernsey and sits proudly on the hill in the heart of St Peter Port with panoramic sea views.

The Duke of Richmond Hotel is located in the heart of St Perter Port and overlooks a quiet park, and is just an easy stroll to the harbour.

Double rooms are priced from £205 and £162 per room, per night respectively, on a twin share basis, including full English breakfast.

Prices start at £29.99 one way with a journey time of a little over an hour.