On Thursday, at the end of the ‘Future of U.S. Aviation’ Forum, Transportation Secretary Ray LaHood announced the Obama Administration’s plans to create a taskforce which will come up with a plan to nurse the ailing airline industry back to health. 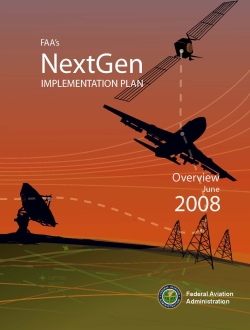 Even before the announcement was made, the National Air Transport Association had cranked up its machinery and kneecapped the taskforce by ruling out the possibility of spending on upgrades to planes which will be necessary for implementation of NextGen.

NextGen is the FAA’s much-anticipated move from a ground-based system of air traffic control to a satellite-based system.

NextGen spending by the FAA is already expected to be in between $15 to $22 billion. On top of this, the airlines are (were) expected to spend another $14-20 billion to make their planes compatible with the new technology.

The point here is that the ATA wants to make it known that the airline industry will feel a lot healthier if it didn’t have to spend on NextGen, inspite of   LaHood’s statement that NextGen is not a part of the taskforce agenda, since no one disagrees on the need for the upgrade.

US Airways CEO Doug Parker made that clear in a letter to LaHood in which he said that “Our industry has worked well with the Federal Aviation Administration to shape NextGen, and we are extremely supportive of its implementation. However, if the cost of deploying NextGen has to be covered by even higher taxes or fees imposed on the airlines, we prefer to live without it at the current time.”

This is the second time that the Air Transport Association has tried to weasel out of essential spending which will not only be beneficial to consumers and the economy, but also to the airline industry itself.

Earlier this year, they managed to successfully lobby Congress and exempt themselves from having to contribute towards spending by the Travel Promotion Corporation. In this case, same as with NextGen, the ATA’s position was that they’re willing to play along, so long as they don’t have to pay for it.

If the Obama Administration agrees to pick up the airlines’ tab, then NextGen will go ahead. But if it doesn’t, then a few more years will likely be added to the already decade old plan to implement NextGen. By the time someone actually manages to fund and then implement it, NextGen could well be out of date.