A recent investigation into the worst airlines for flight delays in the United Kingdom revealed Wizz Air as the worst. In 2021, the Hungarian carrier’s UK flights departed an average of 14 minutes and 24 seconds behind schedule.
The investigation was conducted based on information from the Civil Aviation Authority (CAA). The Hungarian airline, Wizz Air, operates short-haul flights from 10 airports in the United Kingdom. Wizz led the competition by over 60 seconds, with Tui averaging 13 minutes and 18 seconds delays. In third place was British Airways and its subsidiary BA CityFlyer, with average delays of 12 minutes and 42 seconds. Virgin Atlantic and Loganair rounded out the top five worst airlines for delays, with average delays of 12 minutes and 11 minutes and 30 seconds, respectively
Two of the leading airlines were also two of the most used airlines by passengers in the United Kingdom. Ryanair and easyJet were at the top field, and only Aer Lingus performed better. The ranking of 14 major UK airlines is as follows (from longest to shortest delays):

The study analyzed all scheduled and chartered flights from airports in the United Kingdom by airlines that operated more than 2,500 flights and did not include flight cancellations. Punctuality across airports in the UK is better than before the pandemic, primarily due to COVID restrictions which reduced the number of flights. Though average delays are now shorter, numerous flights have been canceled because of staff shortages across several airports and airlines.

easyJet denies compensation
Airlines worldwide have seen an increase in refund and compensation requests due to the effects of the COVID-19 pandemic. Because of the pandemic, airlines were forced to cancel numerous flights and ground aircraft, and now that air travel has rebounded so quickly, airlines are dealing with staffing shortages. In the UK, consumer laws protect passengers when flights are delayed, but compensation is dependent on the reason for the delay. 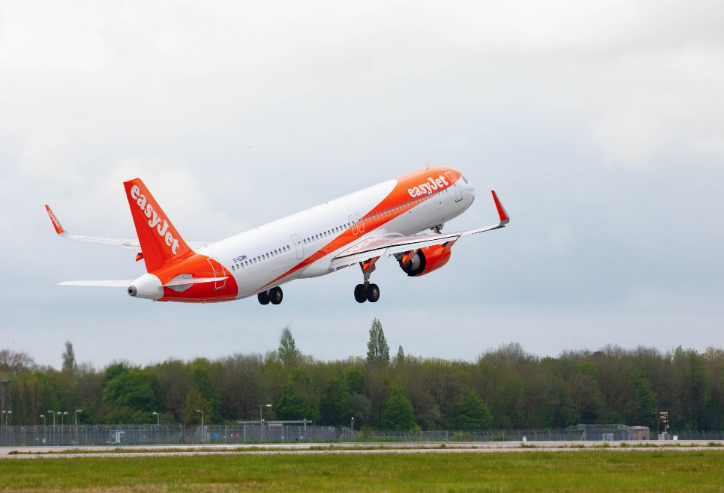