After a challenging year for the industry, organisations including American Express, Kuoni, InterContinental Hotels & Resorts, Europcar and Abu Dhabi Tourism Authority all demonstrated their world-class pedigree as they spearheaded the global travel and tourism recovery.

Hailed as “The Oscars of the Travel Industry” by the Wall Street Journal, the World Travel Awards is recognised worldwide as the ultimate travel accolade.

London beat off the likes of New York, Cape Town, Rio de Janeiro and Sydney to win “World’s Leading Destination” in a year that saw tourist arrivals in the capital rise to 27 million as the excitement builds ahead of the 2012 Olympics.

Etihad Airways continued its meteoric rise by picking up “World’s Leading Airline” for the second year in succession, following a year that saw the UAE flag carrier launch five new routes and play a leading role in a resurgent year for aviation. 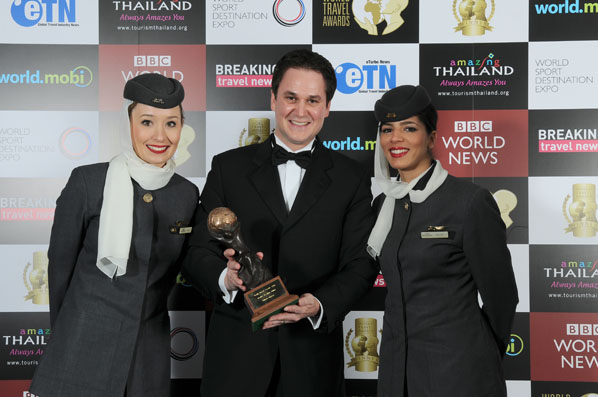 A host of VIPs attended the gala ceremony, including His Royal Highness Prince Khalid Al Faisal of Saudi Arabia, who collected “Leading Personality of the Year” for his development of religious tourism in the Holy City of Makkah, and his pioneering philanthropic work for the King Faisal Foundation.

Meanwhile, German businesswoman Regine Sixt, president of Sixt, was voted “Woman of the Year” for her pivotal role within the organisation that has navigated its way through the downturn.

The WTA Grand Final marked the climax of a year-long search to find the very best travel companies in the world, and follows heats in Dubai, Johannesburg, Antalya, Delhi and Jamaica.

WTA 2010 nominations featured 5,000 companies in 1,000 categories across 162 countries. The winners were selected by thousands of industry professionals and consumers worldwide who have been voting online. 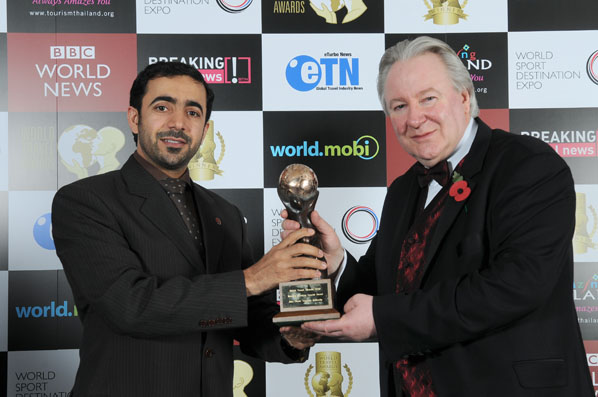 Graham Cooke, President and Founder, World Travel Awards, said: “This year, like the last, continues to challenge every strata of travel and tourism. However tonight’s World Travel Awards winners see struggle not as sign of weakness or failure, but as an opportunity for growth and renewal, and a chance to put their business model through the ultimate test.”

He added: “By combining flair and ambition with savvy business acumen, these organisations are spearheading the worldwide recovery of travel and tourism. In doing so they are also reinforcing our industry’s role as one of the mainstays of the global economy.”

Established 17 years ago, World Travel Awards is committed to raising the standards of customer service and overall business performance throughout the international industry.

Consumers are increasingly using the list of winners as a reliable guide and means of reassurance when choosing their holiday. Companies and destinations that make it on to the winners’ podium receive global coverage and commercial benefits.