The leading global event for the travel industry, World Travel Market, is proving a resounding success with exhibitor invitations visitors up a massive 14 per cent compared to last year.

The Monday of WTM is an Exhibitor Invite only day with the aim of allowing exhibitors to hold discussions and negotiations with those people that they want to conduct business with.

The first day of WTM 2011 saw more than 7,600 Exhibitor Invitations visitors attend, according to unaudited figures.

More than 200 of the exhibitor invitees buyers took part in the highly successful Speed Networking session, which took place for the first time before the exhibition opened to allow even more time for exhibitors and buyers from WTM Meridian Club to negotiate and conclude deals at WTM 2011.

Overall, total attendance on the first day at WTM 2011 was eight per cent up on WTM 2010 with almost 23,000 participants, with exhibitors four per cent higher than at WTM 2010 reveals the raw data. 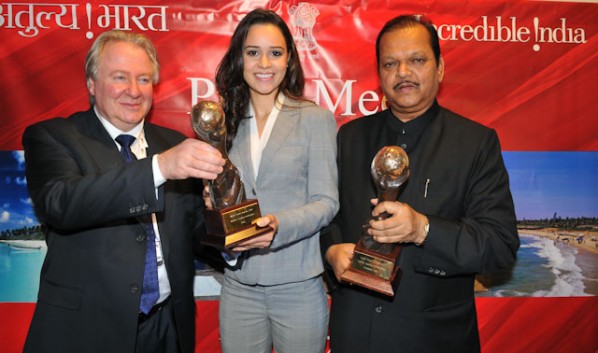 Reed Travel Exhibitions Director, Simon Press, said: “I am delighted with the attendance figures for the day of WTM 2011. World Travel Market is all about exhibitors doing business with WTM Meridian Club buyers.

“The exhibitor invitation policy for the day of WTM was introduced to allow exhibitors to negotiate business deals with those people they want to sign contracts with.

“The Speed Networking session was the largest ever with more than 200 buyers taking part, setting up a highly successful day and WTM 2011.”

Amongst UK Twitter users WTM 2011 was the third most talked about subject.