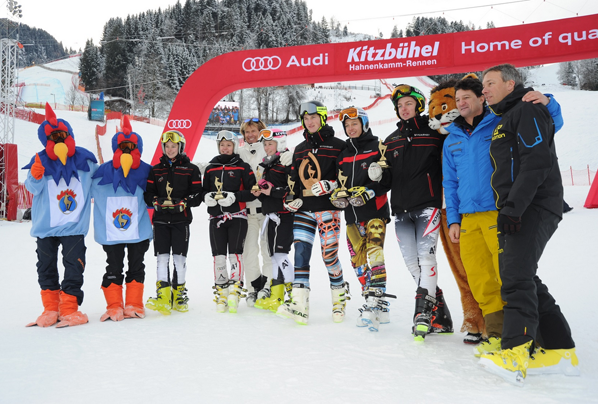 Team Tirol was able to secure victory at the Hahnenkamm Juniors 2015 and relegate the teams from the United States and Croatia into second and third position respectively.

The racers from Tirol achieved the best time as a team in the Giant Slalom and Slalom on the Ganslernhang.

Both races were very challenging, due to the steep terrain and many transitions on the slope.

The president of Kitzbühel Ski Club had only words of praise for the young ski stars.

Michael Huber said: “To ski down the Ganslernhang in a Giant Slalom for the juniors is just as testing as the Alta Badia classic Giant Slalom - a truly worthy challenge for the under-16 racers!”

“To be able to ski down this difficult slope shows just how skilled these youngsters are!

“It is super that the Kitzbühel Ski Club organises this race alongside the World Cup competition!” said Huber.

After the race, the juniors have the unique opportunity to view the Streif during a course inspection together with FIS Race Director, Hannes Trinkl.