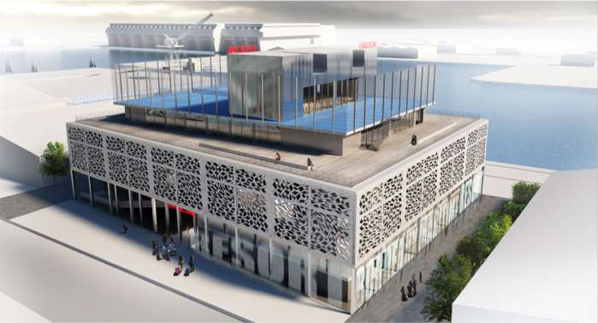 Carlson Rezidor has confirmed it will open a new property in France, the Radisson Blu Hotel & Spa Bordeaux.

The new urban resort will feature 125 rooms and a large spa and Balneotherapy area – it is scheduled to welcome the first guests in the second quarter of 2017.

“Radisson Blu is the largest upper upscale brand in France, and we are delighted to add a further flagship to our contemporary portfolio.

“Bordeaux is an increasingly important leisure and business destination in the south west of France – we look forward to being part of the dynamic development of the city,” said Wolfgang Neumann, president, Rezidor.

The Radisson Blu Hotel & Spa will be built north of Bordeaux’s city centre as part of “Les Bassins à Flots”, a mixed-used complex which is currently the largest real estate development in France; facilitated by four governmental organisations.

The site will comprise 4,000 residences and 250,000 square meters of commercial space – including the ‘Cité des Civilisations du Vin’ which will open in 2016 and is estimated to attract more than 450,000 visitors per year.

The hotel, designed by King Kong Architects based in Bordeaux, is developed by Redman, a French real estate development company, and will be led by one of its subsidiaries.

“With this hotel, Redman is positioned as one of the very first hotel developers in France, and strengthens the position of its real estate development structure in Bordeaux,” commented Nicolas Ponson, chief executive, Redman Group.

The hotel will be located just across the Cité des Civilisations du Vin.

Besides 125 stylish guest rooms with Radisson Blu signature services like free high speed internet access it will offer a breakfast restaurant, a dinner restaurant, a lobby bar, and a sky bar with panoramic views over Bordeaux and the river Garonne.

On a surface of more than 1,500 square meters, the urban resort will offer a spa and a Balneotherapy area including ice tunnel, hammam and sauna.

Balneotherapy – wellness and medical treatments by bathing – is unique and popular in Bordeaux and the surrounding region.