oneworld has turned 18, after launching services and benefits in February 1999.

To mark this milestone, oneworld chief executive Rob Gurney reviewed oneworld’s progress and priorities in a speech at the Aviation Club of the UK in London, where the alliance’s inception was originally announced.

When it was born, oneworld had five founding partners - American Airlines, British Airways, Cathay Pacific, Qantas and Canadian Airlines International, which was acquired by and merged into Star’s Air Canada after a few years.

At its birth, less than a dozen airlines were members of any global airline group.

Today, all but one of the world’s 20 biggest airlines have signed up to one of the three global alliances, with just nine of the top 50 airlines unaligned.

Between them, the three global alliances now account for two-thirds of total industry capacity and revenues.

With most of the world’s leading airlines already aligned, opportunities for membership growth had diminished, with the focus now more on adding value. 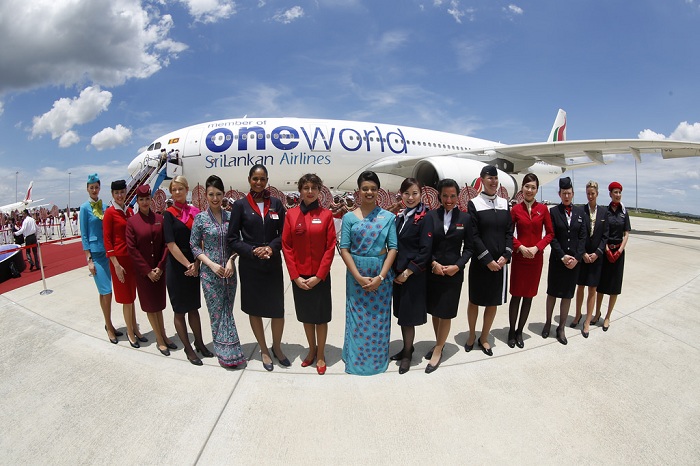 In its early days, oneworld’s members operated 6,200 flights a day to 632 destinations in 138 countries.

Today, that has risen to 13,800 daily departures – equivalent to a take or landing every three seconds around the clock - serving 1,014 airports in 159 territories.

Their combined fleet now stands at some 3,500 aircraft, with member airlines employing a total workforce of more than 400,000 worldwide.

Passengers boarded by oneworld member airlines have more than tripled – from 177 million a year to 557 million, equivalent to more than the population of the European Union.

Gurney noted: “Many millions of those passengers fly on multi-sector journeys requiring transfers between two or more oneworld member airlines – and this is really what oneworld, or indeed any global alliance, is all about:  connecting airline networks together to make it as smooth and as easy as possible for customers to reach many, many more places than any one airline can on its own.”

Revenues from those customers connecting between oneworld members have grown twice as fast as member airlines’ combined revenues from overall passenger activities.

Total passenger revenues have grown 275 per cent during oneworld’s lifetime to US$ 108 billion now, while alliance revenues from customers connecting between member airlines have risen more than fivefold to US$ 5.4 billion.

If that alliance interline revenue was an airline in its own right, it would be one the world’s 30 biggest.