Members of the board of directors of International Airlines Group (IAG) - the holding company formed by the merger of British Airways and Iberia - have been appointed.

While many of the new board come from the existing leadership of the partner airlines, John Snow, the former US Treasury secretary, has also been offered a role.

Mr Snow, an appointee of former US president George W. Bush, held the position from 2003-2006, having also held public office under the Nixon and Regan administrations.

A vote earlier this month saw Iberia accept the pension deficit proposals put forward by British Airways, removing one of the final stumbling blocks to the merger.

The deal is now expected to complete in December. 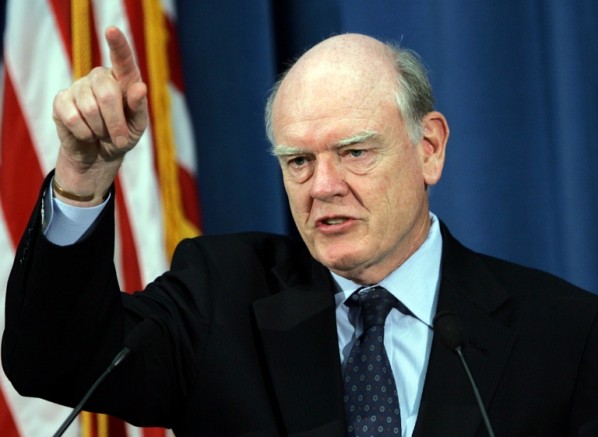 Chairman of the Board

IAG will be chaired by Antonio Vázquez, the current Iberia chairman, while BA chief executive, Willie Walsh, is CEO-elect.

Mr Snow is one of four new faces on the 14-member IAG board, with Telefónica chairman César Alierta also taking a seat.

The appointments were facilitated by the rules of the merger agreement, which meant BA had to nominate a Spaniard, Iberia had to choose a Briton and both had to pick someone who was neither Spanish nor British.