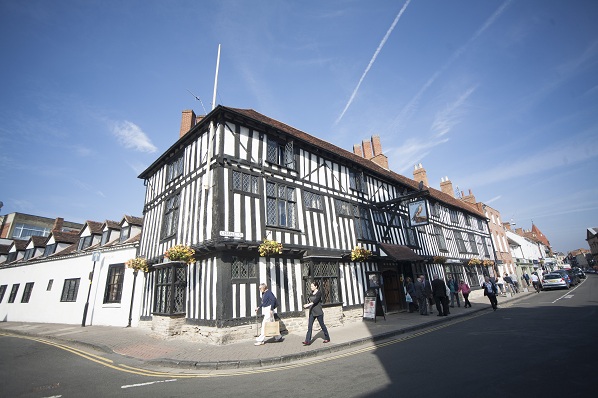 The hotel will operate under a franchise agreement with St James’s Hotel Group and open in early 2018.

Just as no two neighbourhoods are alike, no two Hotel Indigo properties are alike.

Each is designed to uniquely reflect the local culture, character and history of the surrounding area.

Hotel Indigo hotels create a truly memorable experience by artfully combining the modern design and intimate service associated with a boutique hotel, with the conveniences and consistencies you can expect from staying at one of the world’s largest hotel groups.

Stratford-upon-Avon, a medieval town in England’s West Midlands, is the birth place of William Shakespeare.

It has since become one of the most important tourist destinations in the UK; attracting thousands of domestic and international visitors from across the globe.

It is also only a thirty minute drive from Birmingham International Airport.

With easy transport links, Hotel Indigo Stratford-upon-Avon is the perfect place for a short break.

The 92-room property will be rebranded from the Falcon Hotel, a historic building full of character and old charm, and will feature a restaurant, bar and lounge, as well as a gym, and a meeting room.

“The boutique hotel market is the fastest growing segment in the industry and our pioneering Hotel Indigo brand is going from strength to strength in the UK.

“The great location of this hotel coupled with its quintessentially British appeal positions it as a destination in its own right.”