The competition came to an exciting climax in each of the four disciplines: the Culinary Cup, Pastry Cup, Bar Cup and Service Cup.

Friendly rivalry prevailed during the competition as the 50 finalists, short-listed from over 200 entries from across Hilton Worldwide’s European portfolio of hotels, prepared and presented to prove they are the best in the region.

“We are delighted to announce the winners of the Europe F&B Masters 2011 - congratulations to all of the teams short-listed and to everyone involved,” said James Glover, vice president of food and beverage in Europe for Hilton Worldwide.

“The quality of the competition was extremely high and all of the finalists should be proud of their achievements.

“The F&B Masters further enhances our objective of creating an exciting and rewarding food and beverage culture within Hilton Worldwide in Europe and is a wonderful showcase of the talent and creativity on offer at our hotels.” 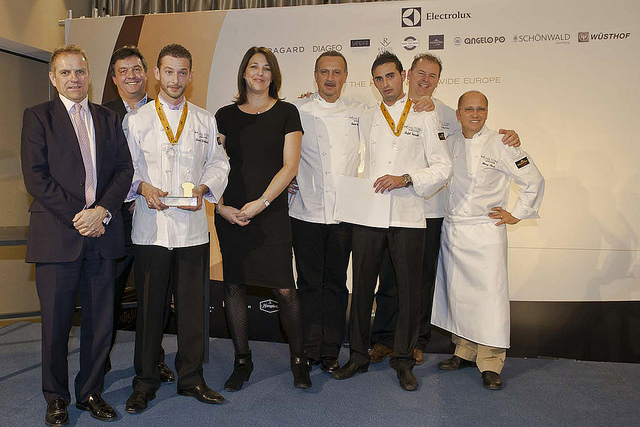 Finalists prepared a starter dish of sea scallops and Chanterelle mushrooms, as well as a main course of beef fillet, Savoy cabbage and celeriac.

Judges assessed the finalists on criteria of professional preparation, presentation, innovation and taste. 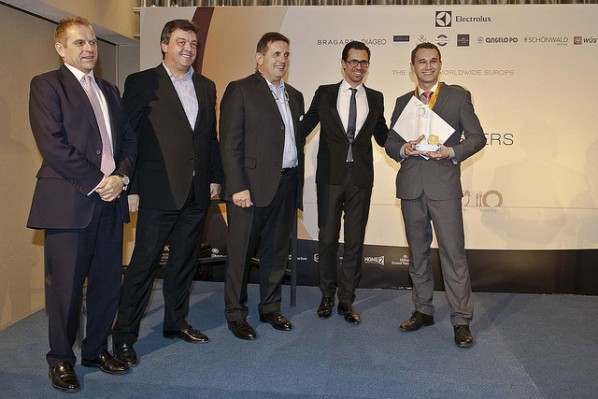 Finalists were judged on their creation of a Classic Negroni as well as a cocktail from their local area.

Judges particularly noted the elegance, balance and style of the cocktails Serra created, as well as his passion and creative flair during the presentation. 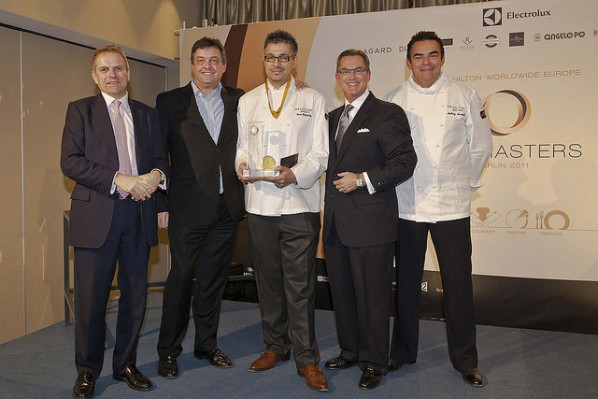 Finalists prepared an individually plated dessert featuring chocolate, almonds and figs as well as a cake.

Judges based their decision on criteria of creativity, flavour, artistic technique, originality and presentation.

Judges particularly noted the organisation and creativity of Baltaliyski, as well as the refined detail and elegance of the cake presented.

The gold prize is a one week all expenses paid visit to the “Valrhona Universite Chocolat” at Tain L’Hermitage - where unique insight and training will be given in the art of chocolate making. 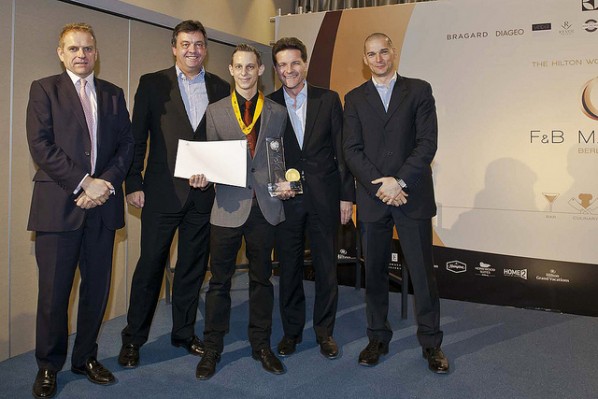 Finalists presented to a panel of judges and were assessed on their service skills, as well as product knowledge and approach.

Judges particularly noted Minihold’s focus on the guest experience and team work, as well as his approach to presentation and service style.

The gold prize is an all-expenses-paid one week training experience at Galvin at Windows, the Michelin-starred restaurant at London Hilton on Park Lane, training with the ‘Art of Service’ creator and restaurant General Manager, Fred Sirieix.

The Hilton Worldwide Europe F&B Masters 2011 completes a highly successful year for the company’s food and beverage activities in Europe, with some exceptional new restaurant and bar openings across the region and the announcement of some exciting new partnerships.

Most recently, Hilton Worldwide announced the future opening of Les Solistes by Pierre Gagnaire at the Waldorf Astoria Berlin, expected in summer 2012.

Prestigious Hilton Worldwide food options in Europe include the three Michelin-starred La Pergola restaurant by Heinz Beck, at the Rome Cavalieri - Waldorf Astoria Hotels & Resorts and the one Michelin-starred Galvin at Window’s, at London Hilton on Park Lane.