GOL Linhas Aéreas, the country’s largest airline, announces an important move to renew its management. Celso Ferrer, current COO, will take over the Company’s executive command as of July 1st. Paulo Kakinoff, who has been GOL’s CEO for ten years, will join the Company’s Board of Directors, bringing his vast experience and thorough business vision gained from a decade in the highest executive position.

With this transition, GOL is getting ready for a new and promising cycle for the Company, leveraged by the airline market’s recovery, a telltale sign of the Brazilian aviation industry’s growth scenario.

“GOL is a company always going through renews, foreboding future challenges. With this in mind – and with deep satisfaction – we announce Celso Ferrer as the CEO chosen for the 3rd management cycle in the Company’s 21 years. I have worked with Celso for 17 years, and I can bear witness that he has extensive knowledge of the industry and the Company as a whole. Indubitably, he is more than ready to lead GOL’s new dawn”, says Constantino Júnior, Chairman, Board of Directors, GOL.

Paulo Kakinoff’s succession has been carefully and consistently planned for the past three years. Opting for an internal succession by choosing one of the Company’s Vice President for this position preserves and strengthens the unique culture developed in GOL’s 21 years, rewarding Celso Ferrer’s expertise and perpetuating the values and advantages that made the Company one of the biggest cases in the country’s recent history of civil aviation.

“Deeply grateful to the Board of Directors and entire Team of Eagles for the privilege and pride of having served GOL over these years, I’m now pleased to announce Celso Ferrer as the Company’s new CEO. He is one of the best and most qualified executives I have worked with in my entire professional career. I can assure you that Celso will lead, supported by our brilliant Team of Executives, an even more impressive cycle in GOL’s history, which has just started”, assures Paulo Kakinoff.

“It is a fortunate succession process with the transition closely monitored by me, Chairman and Founder, GOL’s People Management and Governance Committee, and also mentored by Paulo Kakinoff, who will continue to contribute with his outstanding know-how, now as a Board Member”, completes Junior. 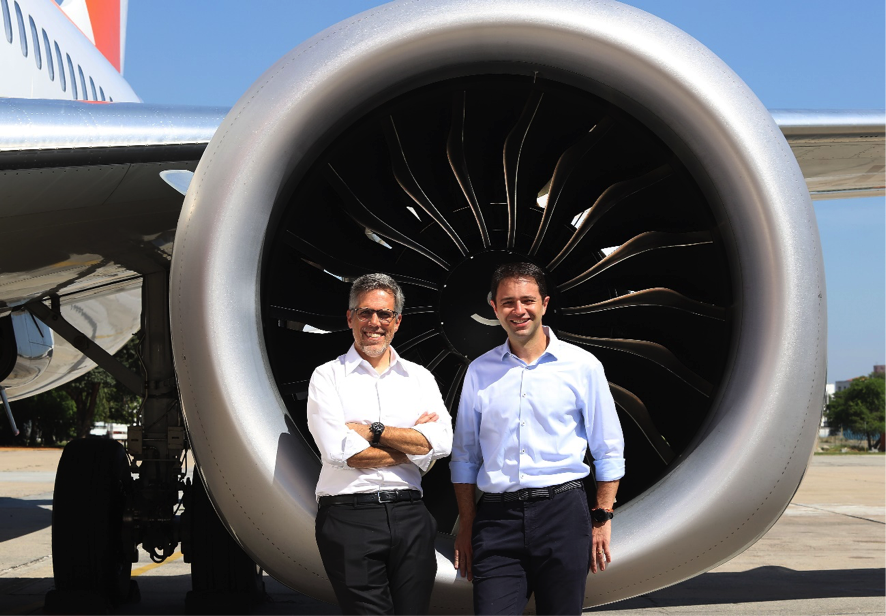 Biography: Celso Ferrer
Celso Guimarães Ferrer Junior is 39 years old, 17 of them devoted to GOL, where he started his professional career as an intern.

Since 2019, Celso has been GOL’s COO, heading the Operations, Operational Safety, Airports, Planning, Air Network, Supplies and Fleet departments. Previously, he worked as Planning Vice President for five years, with extensive experience in Pricing and Alliances.

Celso has a degree in Economics from USP and International Relations from PUC-SP and an Executive MBA from INSEAD - France. He is also an experienced airline pilot and is part of GOL’s crew in the Boeing 737 fleet.

“GOL is a company of opportunities. Having been trained here since the beginning of his brilliant career, Celso knows the Company and the Team like no one else and has all the skills we need. Very young and at the same time very experienced, our CEO is fully prepared for GOL’s new and promising cycle”, concludes Constantino Júnior.

Flight Plan for the Future
The changes in the scenario point to a new horizon for the Company. Celso Ferrer’s flight plan includes the mission to lead GOL’s over 14,000 Employees while implementing the Company’s Strategic Plan, mainly focused on taking digital development journeys, expediting the fleet renewal process, offering new services to Customers, bringing sustainability and expanding the air network.

According to Celso himself, “it is a privilege to take over the leadership of this Company that I admire so much and markedly influenced my professional training. As CEO, I take on not only GOL’s command but also the huge legacy from my precursors in the position, Constantino Junior and Paulo Kakinoff, who played a brilliant role in the Company’s foundation and development.”

“Like previous CEOs, I’m committed to honoring both GOL’s legacy and purpose, contributing to build a strong and fair Brazil that inspires us and in which we believe, be the #1 for over 30 million Customers served annually, over 14,000 Employees who currently work with us, all our partners and friends and all shareholders who believe and invest in our Company. This, needless to say, without ever losing sight of our Simple, Human and Smart heart”, concludes GOL’s new CEO.

GOL LINHAS AÉREAS
GOL Linhas Aéreas is Brazil’s largest airline and a leader in the corporate and leisure segments. In 21 years, the Company has democratized the country’s air transportation and became the largest low-cost Company in the industry with the best airfare in Latin America. The Company has strategic alliances with Air France and KLM and makes several codeshares and interline agreements available to Customers, bringing more convenience and simple connections to any place served by these partnerships. With the purpose to Be the #1 for All, GOL has continually invested in products, services and customer service to offer the best travel experience to its passengers. GOL is the first airline in Latin America to offer its Customers to voluntarily offset the carbon emission of their flights, among other ESG initiatives. GOL prioritizes convenience and well-being, leading in comfort with the largest number of seats and more room between seats; connectivity and entertainment, offering the greatest platform with free internet, movies and live TV; the market’s best frequent-flyer program – SMILES, recently merged into GOL - and a Customer service recognized and awarded by several organizations, such as ANAC, Reclame Aqui and Fórum Brasileiro de Relacionamento com o Cliente. In the cargo transportation and logistics segment, GOLLOG makes it possible to collect, distribute and deliver orders to different country regions and abroad. Internally, GOL has a team of 15,000 highly-qualified aviation professionals focused on Safety, the Company’s #1 value. Currently, GOL’s fleet has 142 Boeing 737 aircraft.