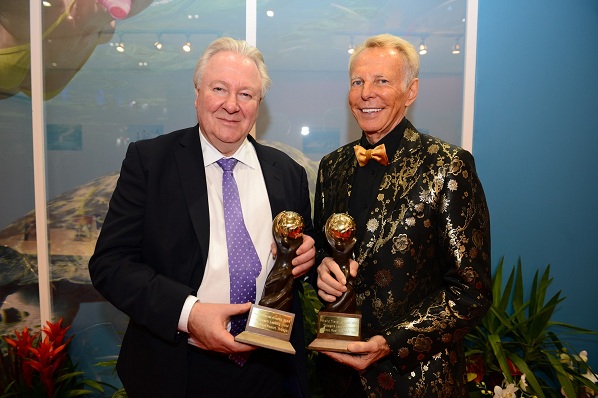 For the twelfth consecutive year, Coco Reef – Tobago has been awarded the title of Caribbean’s Leading Hotel at the World Travel Awards.

The resort is owned by Bermudian hotelier and developer John Jefferis, who was recently inducted into the Tourism Hall of Fame.

The World Travel Awards were established in 1993 to acknowledge, reward and celebrate excellence across the global travel and tourism industry.

Winners of the prestigious awards are considered trailblazers in the industry and examples of excellence in hospitality.

At The World Travel Awards presentation president Graham Cooke said: “Coco Reef – Tobago has won the award for twelve years in a row for good reason; Coco Reef–Tobago is a shining example of excellence in hospitality and service.

“They have more than earned this honour every year.

“John Jefferis is one of the true pioneers of Caribbean tourism.”

Jefferis commenced the design, financing and construction of Coco Reef – Tobago in 1992.

The Resort, which opened in 1996, features 140 rooms, suites and villas, with beautiful views of its own private white sand beach and ten acres of beautifully manicured tropical gardens.

The design of the resort is a dramatic reflection of the country’s unique architecture.

The exquisite $2,500 per night Sunset Villa with its marble bathrooms and 24 karat gold fittings has been frequented by many celebrities such as; such as Gladys Knight, Diana Ross, Sting and many more film stars whom the Resort will not name.

Coco Reef – Tobago has received Planning Permission to build another 12 Luxury Villas on the property.