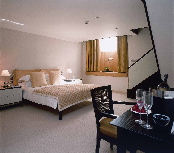 Business travel budgets were dramatically cut after 9/11, prompting corporations to look out for cost savings.

Serviced apartments are an attractive concept for business travellers, offering a cheaper and more spacious alternative to a hotel room. Professionals who are re-locating, or involved in long-running projects or training find serviced apartments more relaxing and less confining than hotels.

The Cheval Group is one of the largest players in the UK, with six properties in prime locations in London, which according to George Westwell, Group General Manager, came about by default rather than design. George commented: “After acquiring some flats and apartments to lease out in the late 80s The Cheval Group realised there was an opportunity which they began to develop into serviced apartments.”

The Cheval Group offers apartments in Knightsbridge from £1, 495 per week. Based on four people sharing, this works out at £53 per person - roughly 4 times cheaper than a 5* hotel room. There is a one week minimum stay policy in these particular apartments which must be paid in advance.

Recognising the importance of internet connectivity for business travelers, The Cheval Group offers wireless internet connection throughout the entire portfolio of properties. There is an extra charge of £30 per week plus VAT, however George predicts that this service will eventually become a part of the package as broadband uptake continues to increase.

George believes that as the travelling public becomes more aware of the benefits of extended stay accommodation, there will be a shift from the hotel sector to serviced apartments.

He highlights some of the benefits: “It’s more than just a cost cutting thing. Travellers themselves can feel more at home, getting to know the staff who pay such careful attention to detail. You get at least double the space for what you pay, with all the amenities you need, such as a fridge freezer and a cooker so you don’t have to go to a restaurant - it’s a home from home”. He added: “The locations are superb - they are all close to public transport, bars and shops. Everything is on your doorstep”.

“Once we get people into a serviced apartment in the corporate sector they never leave it; they are the master of their own destinies. It’s a much more relaxed and discreet environment”.

In recent years, extended stay has represented a significant opportunity for hotel companies, developers and investors. Many hotels now want a piece of the action and chains including Hilton, Marriott and InterContinental have launched their own versions of serviced apartments into the market.

Hilton International plans to open a five-star, 250-unit apartment hotel in Bangalore in 2007. Marriott will open a second property in Shanghai’s Pudong district next year and the Singapore-based Ascott group, which already operates 2,400 serviced apartments in the country, will open another in Guangzhou in 2007.

Although George recognises hotel serviced apartment offerings as new competition, he sees the development as a positive move, commenting: “I think will only help the market in general and educate the travelling public”.  He added: “We’d be foolish to say that the hotel owned apartments aren’t our competitors because we have this common name of serviced apartments”. 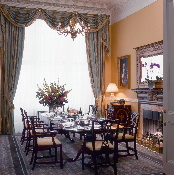 As more hotels launch into the serviced apartments market, there does not appear to a clear grading system. George believes that there is a need for apartments to be standardized so that consumers will know what they are getting. He commented: “I would like to see some sort of grading. Hotels are graded by stars. Stars are defined by size, quality, service and the price is reflected in this - I would like to see something similar come to serviced apartments. So that the consumer or travelling public would have some idea or expectation of what they are going to get in terms of quality and size”.

Commenting on the evolution of the serviced apartments market. George revealed: “I think modern travellers have become much more discerning. The bulk of brand hotels have become very functional. Many have sold off their assets to banks and have management contracts rather than ownership. They have almost been replaced by boutique and budget hotels. I think this middle gap is where people are becoming frustrated. They are not seeing the same investment going into some of these properties or the same level of service coming out of them. They are looking for alternatives - and I think serviced apartments offers a fantastic alternative”.

With keen competition from hotels and a growing inventory of serviced apartments popping up in locations worldwide, the stage is set for further expansion and the concept of a home away from home could prove to be a perfect alternative for corporate travellers of the future.
——-