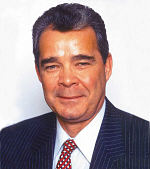 The huge success of the recently concluded Caribbean Marketplace predicts a very strong winter season for Caribbean tourism, according to Alec Sanguinetti, Director General and CEO of the Caribbean Hotel Association (CHA), organiser of the event. Held on January 9-11, 2005 at the Half Moon Resort in Montego Bay, the largest marketing event for Caribbean tourism attracted 1,500 delegates from around the world—the highest number of participants ever.

Under a 42,000 sq foot air conditioned marquee—the size of a football field—over 11,000 business appointments were scheduled between Caribbean suppliers and international buyers, about 1,000 more than in 2004.

“There was a lot of renewed interest and excitement form our travel partners.ÊThere are several new products on the market, new sites and attractions, people are investing money in training and human resource development, thus, the product is really fresh now,” said Berthia M. Parle, MBE, President of CHA.

Tourism officials, delegates, and journalists all praised Jamaica’s step-by-step involvement in this year’s Caribbean Marketplace, making it the most successful yet.

According to Horace Peterkin, Chairman of the Montego Bay chapter of the JHTA and Chairman of the Social Events Committee, delegates reported that “even though there was a lot more fun and frolicking than normal, they also conducted a lot more serious business than usual.”

The three-day event culminated with an electrifying performance by Grammy Award winner Shaggy at the Rose Hall Great House on closing night, followed by fireworks, and accompanied by the best gastronomy from Mo’Bay area hotels and restaurants.

“This 25th edition of Caribbean Marketplace was testament of everything Caribbean tourism has going for it,” said Alec Sanguinetti.

“Not only here in Jamaica, but in the entire Caribbean, there exists potential for far greater growth. As an unrepentant regionalist, I am positive that this growth will be best achieved by deeper and stronger ties between the tourism sectors of all the member countries and organisations that comprise the CHA,” said Patterson while addressing delegates at the opening ceremony.

Recognising the efforts and the involvement of CHA’s various partners, Berthia Parle said,

“We must thank the government and people of Jamaica, the Ministry of Industry and Tourism, the Jamaica Tourist Board, Virgin Holidays, American Express, the Jamaica Hotel and Tourist Association, Half Moon, Montego Bay and Sandals Resorts - as well as thank all those individuals who have worked tirelessly with such dedication and passion to bring this about.”
——-