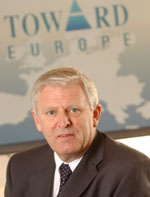 TOWARD Europe, the organisation created to maximise the profitability of the travel industry, and Travel Technology Initiative (TTI), the champion of technology standards in the European travel sector, have announced plans to drive take-up of XML.The two bodies, whose combined membership includes the big four vertically integrated companies, the GDSs, tour operators, suppliers, and technology pioneers, will work together to drive development and adoption of XML standards, described by some as “the industry’s new distribution channel”.

The agreement between the organisations will see selected members of TTI and TOWARD Europe joining forces to create new standards in XML.

TOWARD Europe members will be invited to provide their views on developing new TTI standards, while both organisations will stimulate activity between members to address issues critical to today’s travel sector.

Bill Barnes, TOWARD Europe management committee member added: “TOWARD Europe’s vision on how the industry must change in order to drive profitability, coupled with TTI’s impressive track record in standards development creates a match that’s good for everyone in travel.

“The objective of both organisations is to build a more powerful travel industry, and today’s announcement is a solid first step.”

“TTI’s work is focused on defining and developing standards that simplify processes and meet the requirements of our members. Our collaboration with TOWARD Europe will introduce a business view to our activity, ensuring the travel sector benefits from effective results.”
——-