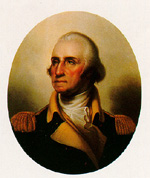 The Barbados National Trust has announced the start of a massive, US $3.2 million restoration of the historic George Washington House which witnessed ground breaking ceremonies taking place yesterday in Garrison, Barbados.
Barbados is the only foreign country that President Washington visited in his lifetime and the George Washington House boasts the distinction of being the only residence lived in by America’s first president outside of the United States.

“The prospect is extensive by land and pleasant by sea as we command the prospect of Carlyle Bay and all the shipping in such a manner that none can go in or out without being open to our view,” Washington, just 19-years-old at the time, describing the view from the house in his diary on November 7, 1751.

“The Trust is delighted to see the start of one of the largest heritage restorations ever undertaken on our island, one that has taken four years of detailed research, fundraising, and architectural and archaeological investigation by some of the best experts in the field,” commented Mr. John Cole, President of the National Trust and Chairman of the Bush Hill Tourism Trust, the Board formed to oversee the project.

“We are beginning with Phase 1, the structural restoration of the house and separate adjoining kitchen,” says Project Director Penelope Hynam.

“The house is a classic Barbadian two-storey Georgian structure, half a floor higher than when George and Lawrence lived in it, but with the same foot print as the original house.  We have decided to retain the upper floor with its high ceilings for a Museum that will tell the story of Barbados in the 17th and 18th centuries, and the main floor will be furnished and decorated in the style of a gentleman’s home in the period of the Washington’s visit.”
——-