The Jamaica Tourist Board (JTB) has released two new TV commercials this month in the U.S. Both began airing on June 7 and will run through June 27. Airtime is booked during high-rated programs, among them, the NBA Finals, Wimbledon, the U.S. Golf Open, the Buick Classic Golf Tournament, the U.S. Olympic Diving Trials and the Essence Awards in New York, Los Angeles, Atlanta, Dallas, Houston, Baltimore and Washington, D.C.

New One Love music for these commercials was recorded in Kingston, Jamaica.

Commenting on the two-commercial effort, FCB Senior Vice President Jonathan Spitz was enthusiastic about the clarity of the strategy: “The One Love campaign continues to evolve for Jamaica. These two spots truly connect with today’s consumer and Jamaica’s unique and diverse product”. 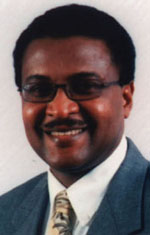 Jamaica’s Director of Tourism Paul Pennicook notes the importance of this ad campaign and its potential impact on Jamaica’s tourism arrivals.  “These powerful commercials underscore the message that Jamaica is an ideal choice for vacationers with a wide range of interests,” he commented.  “Jamaica’s tourist arrivals have set new records this year, with figures for January through March up by 7 percent over the same period in 2003, and by 14.3 percent over 2002.  Our marketing program is extremely strong and we intend to keep the momentum going.”