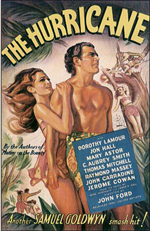 Their names may be as diverse as Lisa, Alex, Walter, Otto, Nicole and Paula but for the next five months they could spell big trouble for the Caribbean, as the Atlantic hurricane season begins.
Forecasters predict an above-normal active hurricane season, running from June 1st through November 30. They expect at least 12 to 15 tropical storms, six to eight systems becoming hurricanes, and two to four of those major hurricanes.

“The forecast is the result of thousands of hours of work by NOAA and its partners,” says the US Undersecretary of commerce for oceans and atmosphere, Navy Vice Admiral, Conrad C. Lautenbacher, who runs the National Oceanic and Atmospheric Administration in the United States (NOAA).  ” NOAA investments in high speed computers, improved weather modeling and extensive Earth observation systems enable our scientists and forecasters to gather and synthesize information and begin the process of preparing the public to take action.”

NOAA’s own hurricane watchers say there’s 50-50 chance that this hurricane season will be more active than usual.  They say there’s only a ten per cent chance that it will be below-normal, and a 40 per cent probability of a near-normal season.

The outlook for 2004 suggests that on average one to two hurricanes will strike somewhere in the Caribbean and that two to three hurricanes will touch down on the continental United States.

NOAA scientists are predicting ENSO neutral conditions (neither El Niño nor La Niña) through July. There is a likelihood these conditions will continue through the peak August-October months of the hurricane season. Warmer-than-normal ocean temperatures are being recorded across the tropical Atlantic, creating ideal conditions for the kind of atmospheric circulation that favour an above-normal hurricane season.