The carrier will add three new destinations to its network with the introduction of services between Philadelphia International Airport and Bologna, Dubrovnik and Berlin next summer.

“By providing the only non-stop service from North America to Bologna and Dubrovnik and adding Berlin to our international footprint, American is making it easier to see the world,” said Vasu Raja, vice president of network and schedule planning at American.

“Through our Atlantic joint business, we have seen increased interest to these markets from the US, and adjusting our network to introduce these destinations will provide more choices for customers on both sides of the Atlantic.”

At the same time, Charlotte Douglas International Airport will welcome a daily year-round service to Munich Airport, while Dallas/Fort Worth will see American take off for Dublin and Munich.

The American’s new flights will be available for sale from August 27th.

Additionally, American will suspend service between Chicago and Shanghai Pudong International Airport in October and seek a dormancy waiver from the US department of transportation for the route authority.

The last westbound flight will be October 26th.

“We remain strongly committed to Asia and will continue to serve the region through our hubs in Dallas/Fort Worth and Los Angeles,” added Raja.

“Our Chicago–Shanghai service is unprofitable and simply not sustainable in this high-fuel cost environment and when we have opportunities to be successful in other markets.”

Together, American and Japan Airlines will continue to provide non-stop service between the two cities ten times per week.

During the peak summer season between June and August, JAL will increase its service on the route so that combined, the carriers offer twice-daily service that captures peak demand out of Tokyo. 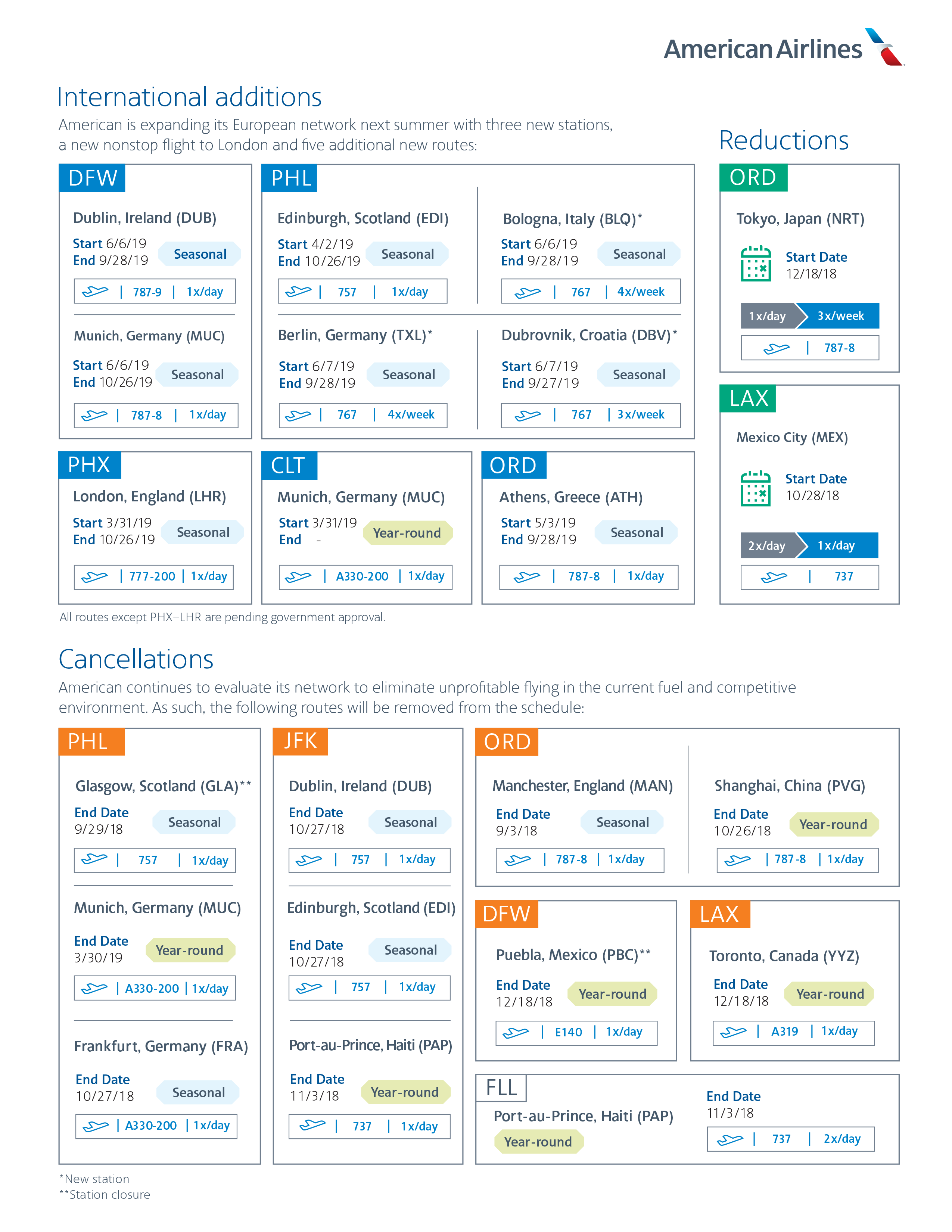